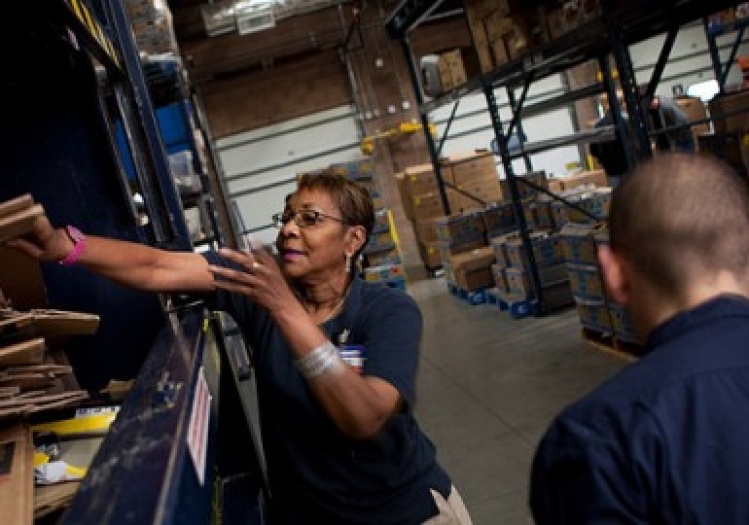 Facing an economic emergency when he first took office, President Barack Obama was inclined to give bankers and business leaders whatever room for maneuver they needed in order to restore growth. Now, five years into a recovery that has failed to help many of the workers and homeowners who suffered most from the fallout of the 2008 financial crisis, the president has turned his attention to income inequality. The shift in priorities is welcome, if also long overdue.

Since the recession ended, corporate profits have doubled and are now at record highs; meanwhile, the share of national income that is paid to workers has fallen to an all-time low. The financial industry, buoyed by the Federal Reserve, is back to its old opulent ways. Last year, Wall Street paid out $26.7 billion in bonuses—which, as former Labor Secretary Robert Reich has pointed out, is enough to double the pay of all full-time minimum-wage workers.

Of course, there’s a limit to what a president can do when the party in control of one house of Congress denies that income inequality is even a problem. The GOP’s obduracy on this issue has kept the federal government from adopting any policy that might increase the take-home pay of low-income workers. Despite overwhelming public support for raising the minimum wage, for example, House Republicans have dismissed the idea as a job-killer. Most economists disagree, but nowadays conservative politicians don’t seem to worry about what most economists think: whenever the “ivory tower” contradicts lobbyists for the “job creators,” the GOP ignores it. Happily, the president has found a few ways to address income inequality that don’t require congressional support. He recently issued an executive order raising the minimum wage for all federal contractors to $10.10 an hour. And now he has directed the Labor Department to make more U.S. workers eligible for overtime pay.

The principle of extra pay for extra work, established in law by the 1938 Fair Labor Standards Act, is today routinely sidestepped by employers. While anyone paid by the hour gets 1.5 times his or her base wage for overtime work, salaried workers who earn more than $455 a week are exempt from overtime pay as long as their employer classifies their jobs as executive, administrative, or professional. As a result, manual laborers who happen to supervise other manual laborers are being counted as executives, and employers are promoting workers to salaried “management” positions just so they can get away with paying them less while making them work longer hours.

The easiest way to correct this abuse would be to raise the income threshold. The current cap of $455 a week, or $23,660 a year, is below the poverty line for a family of four. Adjusted for inflation, the cap in 1975 was more than twice as high. This meant that most workers were guaranteed overtime pay no matter how their employer chose to describe their work. Today, only 12 percent of workers enjoy this guarantee.

The business community has responded to the president’s directive with predictable alarm. Republicans are miffed because he is taking full advantage of his executive powers. Having refused to cooperate with him for the past five years, they now respond with indignation whenever he acts without them. They argue that changes to the overtime rules are at best a distraction from high unemployment, at worst another job-killer. “If you don’t have a job, you don’t qualify for overtime. So what do you get out of it? You get nothing,” said House Speaker John Boehner. “The president’s policies are making it difficult for employers to expand employment. And until the president’s policies get out of the way, employers are going to continue to sit on their hands.”

In fact, more equitable overtime rules are likely to increase employment. As Jared Bernstein, the former chief economist to Vice President Joseph Biden, put it, “If a currently ineligible salaried worker becomes eligible for overtime pay by dint of this change, her employer can easily avoid paying her the overtime premium by hiring a new worker at the ‘straight time’ wage.” Once workers are properly compensated for their extra work, it may be cheaper for employers to hire three people to work forty hours a week than to pay two people to work sixty hours. But however employers respond—by paying better or hiring more—low-income workers will have more money to spend, and higher consumer demand will in turn lead to higher employment. In this case, as in most others, the demands of economic justice align with the conditions for a healthy economy. In a consumer economy like ours, high levels of inequality inhibit growth. As long as the Republicans refuse to acknowledge this, the president will have to go it alone, settling for policies that may slow the trend toward greater income inequality but won’t reverse it. Given the scale of the problem, these policies may seem like half-measures, but they’re better than noting—and much better than empty rhetoric.