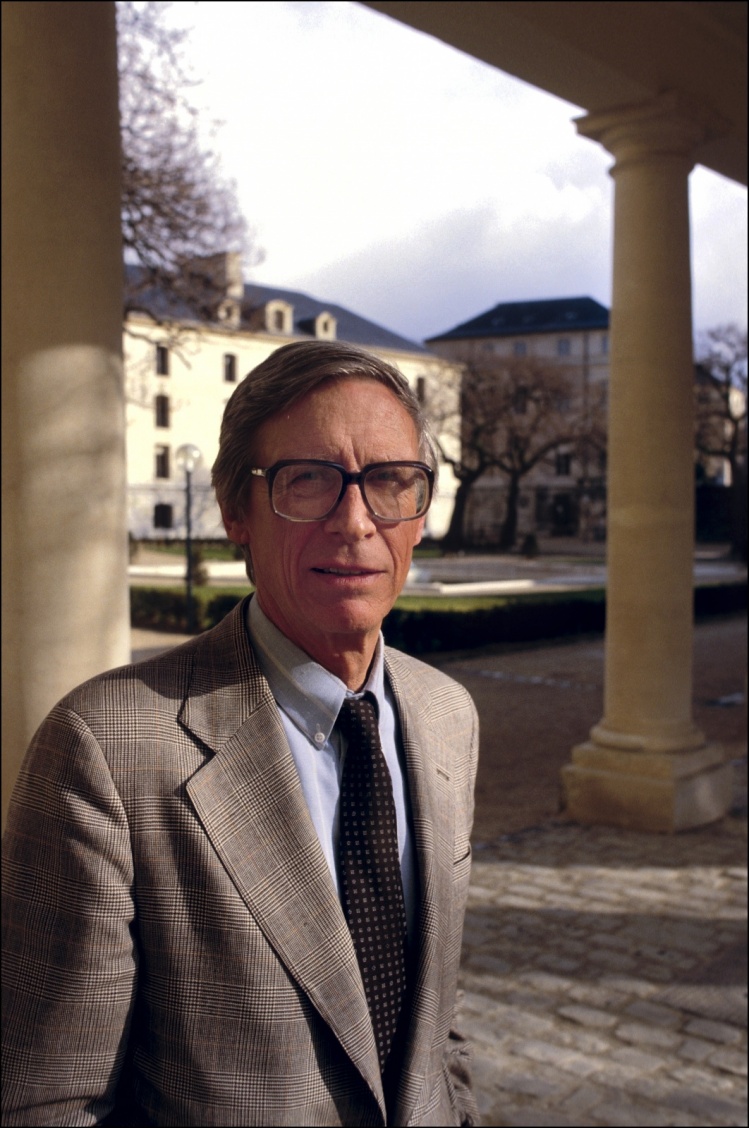 On January 27, Trump’s lawyer Alan Dershowitz repeated in the Senate Chamber an argument that he had been making in public for more than a year: that a “colloquial” use of Rawls’s philosophy cautioned against Trump’s impeachment. Imagine, said Dershowitz, that the terms of the impeachment were the same—but that the President was a Democrat. Calling this the “shoe on the other foot test,” Dershowitz said that any Democrat who had objected to the impeachment of President Bill Clinton should be bound by that test to object to the impeachment of Trump.

Dershowitz has not yet explained why this test should not also apply to those Republicans who were gleeful in their pursuit of Clinton’s impeachment. Shouldn’t they, too, other-foot their shoes and allow Democrats to run roughshod with a Special Counsel? But equal application of the equalizing principle is not really Dershowitz’s aim. Mostly, he uses the “other foot test” to claim his own “nonpartisan” apprehension of justice: Dershowitz opposed Clinton’s impeachment. Now he opposes Trump’s impeachment. As, he implies, would Rawls.

The “shoe on the other foot test” sounds a lot closer to the Golden Rule than to the Rawlsian “veil of ignorance,” a fact which Dershowitz has sometimes come close to admitting. But that a Harvard Law School professor would choose to associate himself with Rawls rather than Jesus suggests the extent to which, in certain academic circles, Rawls is the point of divine reference—even as few Americans would recognize his name.

Katrina Forrester’s excellent recent book, In the Shadow of Justice, tells the story of how this came to be: how Rawls’s highly intricate and deceptively simple brand of abstract liberal egalitarianism—first articulated in his A Theory of Justice in 1971—came to take over academic philosophy, particularly via “a small group of influential, affluent, white, mostly male analytical political philosophers who worked at a handful of elite institutions in the United States and Britain” in the late twentieth century.

Around that time I entered graduate school at one of those institutions and, like most Americans, had never heard of John Rawls. Within days of my arrival, I learned that I must never forget him: that Rawls would be the nucleus of my graduate education, around which we were all to revolve. As I recall, the syllabus for our course in “Liberalism and Its Critics” devoted fully half of our class sessions to Rawls—and most of the other half to his late-twentieth-century interlocutors. On that liberal campus, Rawls was liberalism.

Rawls had so much authority in that historical moment in part because he claimed to be speaking from beyond it. Aspiring to what he called a “higher level of abstraction” in political philosophy, Rawls asks his readers to imagine inhabiting an “original position,” prior to and outside the particularities of individual, historical, and cultural experience. From that imagined position—in which you exist behind a “veil of ignorance” that prevents you from knowing what your individual traits, beliefs, or material resources might be—you choose the basic structure of society. The thought experiment should move us, Rawls argued, toward an apprehension of “justice as fairness” in which the diminishment of inequality and the nondiscriminatory distribution of property are paramount objectives.

Rawlsianism gave academics a way to orient themselves around an authoritative core text, just when a lot of the old core texts had fallen out of favor.
sharetweet

In retrospect, the ahistorical nature of Rawls’s philosophy seems tailor-made, as Forrester notes, for that late-twentieth-century period of liberal optimism that had some proclaiming “the end of history.” Rawls gave a philosophical justification for that liberal optimism, arguing that the basic job of politics is to reform and improve a legitimately triumphant liberal consensus. Political possibilities outside liberal egalitarianism need not be considered, or need only be considered as alternative doctrines that could be accommodated (or not) within the sphere of liberal public discourse. The heart of this discourse lay in what Rawls termed “public reason”—justifying your beliefs by using reasons that people from different moral or political traditions could accept.

More than that, among many left-liberals, Rawls was taken to provide an impartial framework for settling—in favor of left-liberals—some of the great cultural standoffs of the age. Behind the veil of ignorance you would not know your sexual preferences, for instance, so you would not support policies that criminalize homosexuality (though you might still allow individuals to voice their objections to those policies, provided those objections fit the requirements of Rawlsian public reason).

Within a predominately left-liberal academy, and especially within the self-enchanting space of elite university discourse, Rawlsian frameworks were trotted out to provide “impartial” defenses of popular campus beliefs: animal rights, abortion rights, and the like. (I remember a classmate in graduate school who asked why, in our imagination of the veil of ignorance, we should not assume the possibility of being in utero, in which case we would certainly object to laws allowing abortion. That very good question was met with derision and direction to a footnote on page 479 of Rawls’s Political Liberalism—the 1993 update to A Theory of Justice—in which Rawls ventures the opinion that abortion should be allowed in the first trimester.) Though Rawls himself resisted some of those usages of his philosophy, the hermetical insularity of schools like Harvard and Princeton led to broad agreement among influential scholars about the policies that Rawlsian justice would require—which usually happened to be the policies that intellectual left-liberals would prefer.

Ironically, then, a philosophy largely concerned with creating spaces for public disagreement often served to shut down disagreement, at least within those rarified academic halls.

Even so, some of Rawls’s first and most damning critics came from the left. The feminist philosopher Donna Haraway would, in the late 1980s, decry the “god trick” of claiming to see everywhere from nowhere, a critique to which Rawls’s disembodied thought experiment was certainly subject. For his admirers, Rawls’s work did take on the quality of sacred texts; during the same years when “WWJD” was a touchstone for many outside the academy, academic philosophers were preoccupied with questions about what Rawls would have us do in any given situation.

That may not be a coincidence. As a young man, Rawls was an orthodox Christian, and Forrester notes that some of what animated his early philosophizing was the desire to capture the ethical attitudes underlying Christianity. What she does not say, but what I suspect will become clearer in the future, is that part of Rawls’s appeal in the late twentieth century has to do with the change in the status of Christianity in the American academy (and particularly in the Ivy League) during the postwar period. Colleges and universities that had been predominantly Protestant became, in a generation, first religiously diverse and then radically secular. Correspondingly, the idea that certain classic texts should be “core” to a liberal-arts curriculum fell out of favor.

At that moment Rawls’s philosophy arrived on the scene. It seems clear that, to a not insignificant degree, Rawlsianism gave academics a way to orient themselves around an authoritative core text, just when a lot of the old core texts had fallen out of favor. Moreover, one of the central concerns of Rawls’s later philosophy is what to do when there are competing “comprehensive doctrines” in a society, and he reassures his readers that even in those conditions, there can be an “overlapping consensus” that transcends differences in religion and ideology. Most Rawlsians imagine that consensus to look something like a liberal principle of religious liberty. In so many ways, Rawls both spoke to and offered reassurance about the changing face of the academy in the twentieth century.

Near the end of her book, Forrester tells us that Rawls’s philosophical ascendance is on the wane. In the face of recent political crises, most of which call into question the liberal consensus of the late twentieth century, scholars in philosophy and political theory seem less certain of Rawls’s universal usefulness.

The very existence of Forrester’s book may be even more proof that, despite the fact that Harvard professors still claim him publicly in asserting standards of justice, we are far past Peak Rawls. In reminding us that even political philosophers who claim to speak outside any particular time or place are, in fact, the product of a particular time and place, Forrester undoes the pretension to timelessness that Rawls claimed, at least for a time.

In the Shadow of Justice
Postwar Liberalism and the Remaking of Political Philosophy
Katrina Forrester
Princeton University Press, $35, 432 pp.