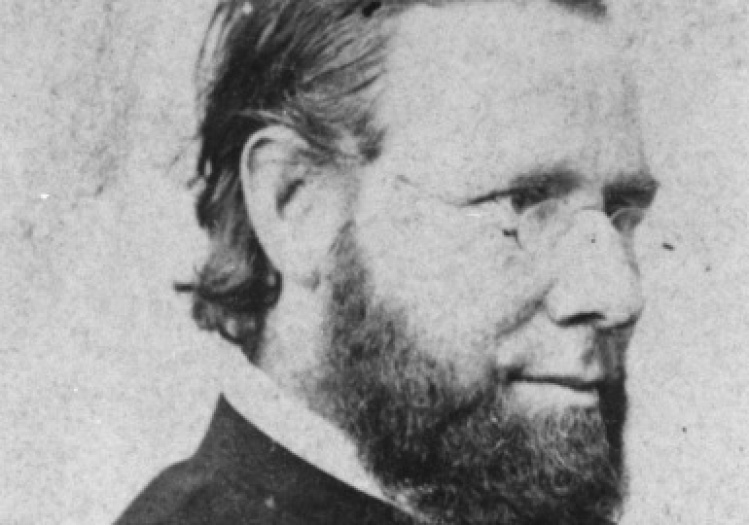 This fine book highlights four once-prominent U.S. clerics—John Slattery, Dennis O’Connell, William Sullivan, and Joseph McSorley—who were involved in an early-twentieth-century theological controversy that sent Catholic intellectuals scrambling for cover. The spirit of Isaac Hecker, the nineteenth-century convert and founder of the Paulist Fathers who inspired each of them, pervades the narrative, securing him a starring role in the book, too. Theologian and historian William Portier, a regular Commonweal contributor, meticulously illustrates how these men collectively nourished a distinctive, though now sadly underappreciated, American theological and spiritual tradition, one that appeared to be doomed a century ago. Along the way, he makes a strong case that academic theology programs in the United States have unduly favored European theologians and shortchanged the vision and accomplishments of the homegrown Hecker.

What got these men into trouble? In one sense, the answer is simple. In 1907, Pope Pius X denounced something he called “Modernism,” a fearsome “synthesis of all heresies” issuing from the incursion of contemporary historical, philosophical, and scientific methods into the domain of sacred theology—a development that, he concluded, threatened to demolish the “deposit of faith” the church was duty-bound to protect. The pope’s denunciation affirmed his continuity with his immediate predecessor Leo XIII, who had declared thirteenth-century Thomism the template for all theological studies. It also unleashed a torrent of investigations and recriminations that left even orthodox scholars who toyed with newer ideas vulnerable to zealous enforcers with Vatican ties.

In another sense, it’s hard to say what all the trouble was about. Pius X lumped together an array of intellectuals, many traditional in belief and piety, under a single banner that unfairly damaged, even destroyed, reputations. Few supposed Modernists saw themselves the way the pope did—as practitioners of “a thousand noxious arts” determined to “lay the ax not to the branches and shoots, but to the very root” of the Catholic faith. Many sought merely to demonstrate how post-Enlightenment intellectual developments could not only deepen appreciation of church teaching, but also help translate it into modern idioms and thus increase evangelical potential.

The anti-Modernist purge unleashed in 1907 brought about extreme volatility and polarization, sending longtime comrades reeling toward opposing sides—a story Portier tells with due sympathy for all involved. Some found safety, for example, by withdrawing their support for using historical methods in biblical studies or integrating the insights of psychology into moral theology. Others were intransigent and found themselves, first, alienated within the church, then embittered outside of it.

John Slattery and William Sullivan followed the latter course. Slattery, a clerical Lone Ranger and a pioneer in ministry to African Americans, ended his life as a married, agnostic lawyer, enraged at ecclesiastical corruption and disillusioned by his good friend Dennis O’Connell (probably also agnostic), who shrewdly covered his intellectual tracks and won an episcopal appointment before the fateful year 1907 was out. Sullivan, once a Scripture scholar and popular seminary professor, likewise married, and he went on to become the most eloquent Unitarian preacher of his day—interestingly, a conservative within his new denomination and a man unwilling to reconcile with Joseph McSorley, erstwhile Paulist confrere and ally on the frontiers of Catholic theological renewal.

McSorley, who remained a priest and a scholar, is the hero of Portier’s narrative. Right up to his 1963 death, he remained devout, temperate, pastorally sensitive, intellectually nuanced, capable of steadying the plow on rough terrain. Though he was chastened by the anti-Modernist onslaught, his 1909 book The Sacrament of Duty eschewed “blind conservatism” and, breaching the newly imposed boundaries, nimbly referenced psychology, biology, and history to explicate a rich theology and spirituality.

McSorley (who once did a stint as Dorothy Day’s spiritual director) thereafter took up ecclesiastical history, out of a sense of obligation as much as interest. For him, history was the “priestess of truth” that enabled believers to “face all the facts, whether creditable or discreditable.” Its study would inoculate them against defensive triumphalism, which had proved a liability for Catholicism and enabled the anti-Modernist crackdown. Change within the church had been “enormous, amazing, almost incredible,” McSorley concluded in 1943, but over two millennia it “never destroyed the substance” of the faith. For decades McSorley patiently nursed this insight, which sometimes gasped for oxygen between the Modernist crisis and Vatican II.

McSorley’s crowning achievement was his retrieval of Isaac Hecker’s theological and spiritual vision, an accomplishment that, Portier points out, nicely paralleled the ressourcement of European theologians who mined musty theological sources anew after the Modernist crisis. Hecker, who died in 1888, had fallen into disrepute in 1899 when Leo XIII decried “Americanism,” a precursor to Modernism closely associated with Hecker and sometimes called “Heckerism.” Americanism was essentially a mindset that affirmed the compatibility of Catholicism with modern intellectual life and liberal democracy—the latter a phenomenon with which Roman authorities did not make their peace until 1965. Rehabilitating Hecker in the shadow of the Modernist crisis was thus a perilous prospect that McSorley nevertheless saw as a sacred trust.

The most fraught aspect of Hecker’s neglected vision was his emphasis on the “indwelling Spirit”—his belief that the Holy Spirit dwells within each individual. “The radical and adequate remedy for all the evils of our age,” Hecker wrote in 1887, “and the source of all true progress, consists in increased attention and fidelity to the action of the Holy Spirit in the soul.” To Roman officials jealous of their authority and evidently terrified of most aspects of modernity—including this kind of turn to the individual subject—the mystical, optimistic, democratic Hecker spelled danger in big red letters. But McSorley’s careful reading of Hecker showed him to be firmly within the Catholic tradition yet faithful in pushing it to the horizons of the contemporary world. Hecker’s vision, which could easily have been buried amid the anti-Modernist storm, was thereby carried forward as part of what Portier calls a “usable past” for the American church.

Is Portier right that Hecker is inadequately appreciated today? Certainly. Newly minted American PhDs in theology are likely to have plumbed Rahner, Balthasar, and de Lubac, but know little or nothing about Hecker, their towering forebear (whom David O’Brien brilliantly treats in Isaac Hecker: An American Catholic).

In presenting the stories of four interesting, complicated men, Portier exposes the regrettable consequences of allowing anxieties about authority to trump the faithful search for deeper understanding. In highlighting the crucial place of Hecker, he may inspire a younger cohort of scholars to reclaim this visionary’s legacy.