Giving Grief Its Due 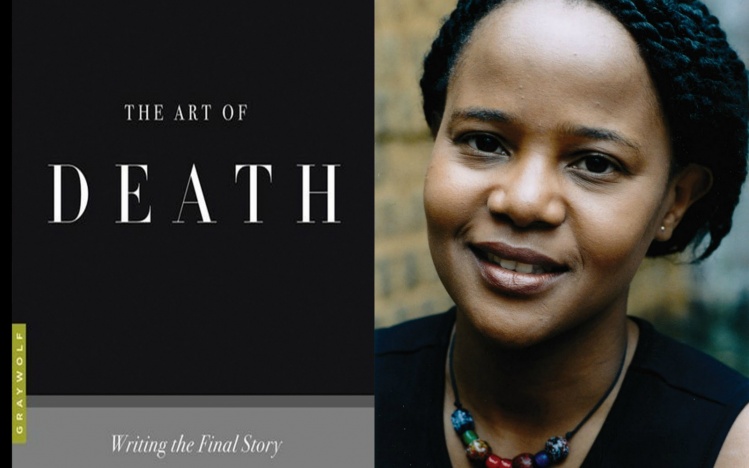 Who better to shepherd us through reams of writing about death than Edwidge Danticat? The Haitian-American novelist and memoirist has herself depicted many wrenching deaths including, in Brother, I’m Dying, those of her beloved uncle, at eighty-one a “prisoner of the United States Department of Homeland Security, after fleeing Haiti in fear for his life and seeking asylum,” and of her grieving father (of pulmonary fibrosis) a few months later. She has depicted refugees drowning and the slaughter of thousands of Haitians in the Dominican Republic. But despite death’s frequent appearance in her work, Danticat is consistently disciplined: she neither exploits nor sentimentalizes the dying. We could not ask for a more thoughtful, principled guide.

A volume in “The Art of” series, edited by the novelist Charles Baxter, The Art of Death is part appreciation for writing that has faced death as forthrightly as Danticat’s prose has, part narrative account of her mother’s painful death from cancer and her own subsequent reimmersion in the depths of grief. The two strands are woven together throughout, often gracefully, but there’s no question that the story of the dying mother and the writing daughter is far more compelling, a demonstration of how to write about the death of a dearly loved parent honorably and honestly.

Before Danticat faces down her mother’s final weeks, however, she pays homage to a long list of famous writers who have provided wisdom about death, even when that wisdom is only an acknowledgment of how little we can know. Danticat’s reading is broad and deep, encompassing a range of writers from Susan Sontag to Audre Lord, Michel de Montaigne to Simone de Beauvoir, Leo Tolstoy to Gabriel García Márquez, William Faulkner to Zora Neale Hurston, Ta-Nehisi Coates to Christopher Hitchens. Her summoning of such a wealth of traditions and modes is seemingly effortless; she also introduces readers to contemporary writers and novels they’re less likely to be familiar with, providing welcome introductions to Taiye Selasi’s Ghana Must Go and Chitra Divakaruni’s One Amazing Thing. Her book is clearly intended for a general, rather than a hyper-literary, audience—she patiently explains Hemingway’s iceberg principle for anyone who slept through that class—but it is also a useful reminder of exemplary work for anyone familiar with the writing she covers. She makes excellent use of other writers’ aphorisms, quoting Toni Morrison’s Nobel lecture, for example: “We die. That may be the meaning of life. But we do language. That may be the measure of our lives.”

Much of the literature she discusses has direct connection to the type of death portrayed: natural disaster, capital punishment, suicide. Danticat took Haruki Murkami’s story collection, After the Quake, with her to Haiti after the devastating 2010 earthquake that took the lives of her cousin Maxo, familiar to readers of Brother, I’m Dying, and his ten-year-old son. She cites Murakami to suggest what newspaper articles cannot: “Eventually,” she writes, “all of Murakami’s characters—like my Haitian relatives right after the earthquake—began living with the heightened awareness that they could die at any time, and out of that realization comes a kind of focus and an attentiveness, albeit temporary, to every single hour and every single day.” Her discussion of writing about those condemned to die is richly informed by the dispatches of Mumia Abu-Jamal, the journalist convicted of murdering a policeman, who has now spent close to forty years in prison, much of it on death row, and by her own story collection The Dew Breaker, which explores the life of a Haitian torturer and executioner.

Danticat’s compendium of writing about death, useful though it is, resides in an analytic zone.
sharetweet

Danticat’s compendium of writing about death, useful though it is, resides in an analytic zone. In describing her mother’s death, though, she brings this slender volume to that mysterious narrative realm in which readers may feel so strongly connected to the dying woman that they mourn alongside Danticat when her mother finally dies, and feel in their own bodies and spirits the daughter’s profound grief. Danticat’s language becomes looser, more poetic, when she describes a mother who even in her adopted country of the United States did not venture beyond the rudiments of English. Mother immigrated years before daughter, and their relationship was complex. Danticat depicts a mother who has labored at factory jobs and who has never read any of the writing Danticat refers to here; nonetheless, she knows, whether through intuition or hard-won knowledge or both, how to die with humor and dignity. Danticat’s mother does not prolong her treatments when she understands how far her cancer has advanced (but she does wisely insist that her celebrated daughter present the doctors with autographed copies of her books). She jokes with the nurses who must perform functions any patient might find humiliating. She develops a ritual of nightly devotions with her daughter, who discovers in her mother’s French Bible a line from Revelation 14:13 that speaks to them both: “Then I heard a voice from Heaven say: ‘Write this! Blessed are the dead who die in the Lord from now on.’”

Danticat writes of her mother’s death with exquisite simplicity: “There was no death rattle, no sudden in-breath or out-breath. She simply stopped breathing. She smiled and slipped away.” And, lest we think that smile is too sweet a note: “Smiling while dying is apparently not that unusual. The body tries to produce a state of euphoria to usher us out.”

This is not the end of the story—Danticat must confront a level of grief that others around her don’t understand. She provides us with a crucial reminder: adult children suffer, too, after the death of a parent. We don’t give grief its due. Her impulse to describe her own sorrow is as generous and as plain-spoken as the rest of this bracing little book, which offers a good dose of strength to those who face mortality and those who mourn a loved one’s passing, as well as wise counsel to those who write about the death we all face.