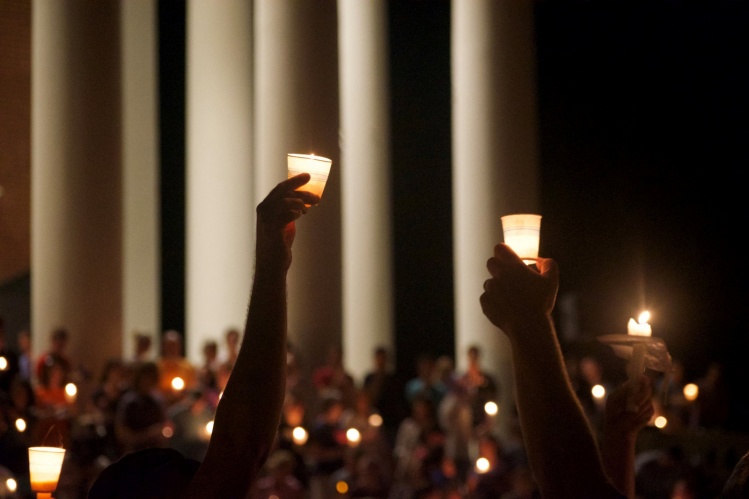 In his response to the violence between white supremacists and counterprotesters in Charlottesville, President Trump disgraced himself and further exacerbated the nation’s divisions. His description of the attitudes and actions of those involved—insisting that both sides were equally to blame for the violence—was yet another in an endless series of falsehoods. His claim that there were “very fine people” among those protesting the removal of Robert E. Lee’s statue defies belief. Many of those who showed up for the Unite the Right rally were armed, marched with torches and Nazi flags, and shouted “Jews will not replace us.” One of them drove his car into a crowd of counterprotesters, killing a young woman. Trump’s obstinate cluelessness about what happened in Charlottesville is yet another example of his refusal to acknowledge facts that don’t align with his interests or self-image.

As even many Republican politicians have observed, there is no moral equivalence between the white supremacists and those who oppose them. One group was there to spew racial venom and threaten violence, the other to denounce such repugnant beliefs and actions. It seems evident that the police were not deployed in sufficient numbers to keep the two groups apart. Obscenely gratified by the violent confrontation, the supremacists promise to stage more demonstrations. Whether this tragedy will be repeated depends on the determination and competency of the police and other public-safety officials and the restraint of counterprotesters, as the subsequent peaceful demonstrations in Boston showed. No one expects any moral leadership from the White House.

That some of the counterprotesters in Charlottesville were also armed, including a group of so-called antifascists, raises serious moral and political concerns. However repellent their views, the supremacists and their fellow travelers have a right to protest and to free speech. When they are nonviolent, these pathetic displays of paranoia, ignorance, and hatred are often best ignored. That does not mean that these radical right-wing groups are harmless. In fact, their members are responsible for more acts of terrorism in the United States than radical Islamists, and they are kept under close watch by the FBI. They have been emboldened by Trump’s election, and are seeking conflict and notoriety in the hope of attracting more recruits. But while individuals associated with these groups can be dangerous, the movement itself is a fringe element in American society and politics, and should be treated as such. Even with the stark political and social divisions in the country and an authoritarian in the White House, the situation in the United States is not remotely comparable to the rise of the Nazis in Germany. Our politics may be paralyzed, but this is still a nation of laws, not one of murderous street brawls between opposing civilian militias. Charlottesville, one prays, will remain an anomaly.

Charlottesville, one prays, will remain an anomaly.
sharetweet

Counterprotesters have a right to defend themselves against violent attacks, but those who seek opportunities to beat up racists are doing the far right a favor. As recent polls have shown, most Americans, being casual observers of politics and especially of political demonstrations, instinctively blame both sides when violence erupts. Changing the hearts and minds of white Americans about racial injustice in this country, or about the danger posed by Trump and his more unhinged supporters, cannot be done by wielding a gun or a club.

Peaceful demonstrations can be useful in calling attention to a great evil, but they are no substitute for political organizing. Historian Mark Lilla, in his important new book, The Once and Future Liberal: After Identity Politics, quotes Abraham Lincoln’s famous remark about the essential nature of democracy. “Public sentiment is everything,” Lincoln said. “With it, nothing can fail; against it, nothing can succeed. Whoever molds public sentiment goes deeper than he who enacts statutes, or pronounces judicial decisions.” Lilla warns that liberals too often settle for a merely expressive form of politics and neglect the hard and tedious work of persuading those who might not already agree with them. Liberals are right to come to the defense of minorities, Lilla writes, but in the end the “the only way to meaningfully defend them…is to win elections and exercise power in the long run, at every level of government.”

Pushing the radical right back into the dark places where it has long festered will happen by winning at the ballot box, and thus showing such groups how mistaken they are about America. Standing up to racism means not being distracted by the antics of President Trump or the alt-right, antics that are in part designed to foster cynicism and political passivity. The removal of statues celebrating the Confederacy, however justified, will not secure the rights or safety of black Americans. Only electoral politics will do that.