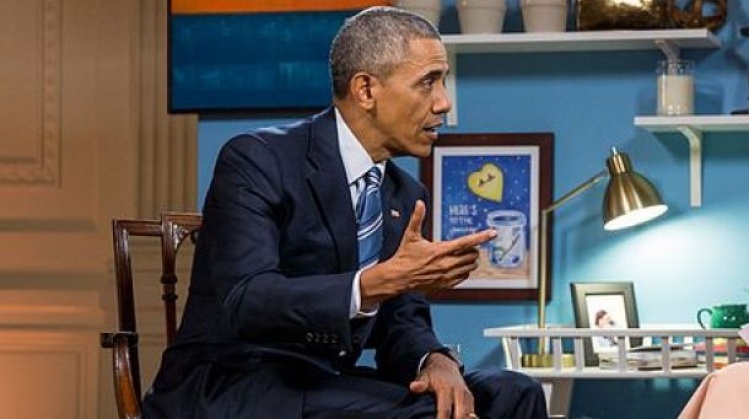 There is an imbalance in the argument at the heart of the 2016 presidential campaign that threatens to undercut the Democrats’ chances of holding the White House.

You might think otherwise. The divisions among Republicans are as sharp as they have been since 1964. Donald Trump may be building on the politics of resentment the GOP has pursued throughout President Obama’s term. But Trump’s mix of nationalism, xenophobia, a dash of economic populism, and a searing critique of George W. Bush’s foreign policy offers a philosophical smorgasbord that leaves the party’s traditional ideology behind.

Jeb Bush, the candidate who represents the greatest degree of continuity with the Republican past, is floundering. Marco Rubio and Ted Cruz, both Cuban-Americans, are competing fiercely over who is toughest on immigration. So much for the party opening its doors to new Americans. As for the less incendiary John Kasich, he probably won't be relevant to the race again until the primaries hit the Midwest.

Add to this the GOP's demographic weakness—young Americans are profoundly alienated from the party, and non-whites will only be further turned off by the spectacle created by Trump, Cruz & Co.—and the likelihood of a third consecutive Democratic presidential victory is in view. But then comes the imbalance: If there is a common element in the rhetoric of all the Republican candidates, it is that Obama's presidency is an utter disaster, and he is trying to turn us, as Rubio keeps saying, into “a different kind of country.” You'd imagine from hearing the Republicans speak (Kasich is a partial exception) that we are in the midst of a new Great Depression, have just been defeated in a war, have lost our moral compass entirely, have no religious liberty, and are on the verge of a dictatorship established by a slew of illegal executive orders.

Oh, yes, and the president who brought about all these horrors has lost the authority to name a Supreme Court justice, no matter what the Constitution—which should otherwise be strictly interpreted—says.

You can laugh or cry over this, but it is a consistent message, carried every day by the media whenever they cover the Republican contest.

The Democrats offer, well, a more nuanced approach. True, Hillary Clinton has embraced Obama more and more, seeing him as a life raft against Bernie Sanders’ formidable challenge. In particular, she knows that African-American voters deeply resent the way Obama has been treated by Republicans. (No other president, after all, has ever been told that any nomination he makes to the Supreme Court will be ignored.) Tying herself to Obama is a wise way of shoring up her up-to-now strong support among voters of color.

Nonetheless, because so many Americans have been hurt by rising inequality and the economic changes of the last several decades, neither Democratic presidential candidate can quite say what hopefuls representing the incumbent party usually shout from the rooftops: Our stewardship has been a smashing success and we should get another term.

Sanders, in fact, represents a wholesale rebellion against the status quo. He tries to say positive things about Obama and how the president dealt with the economic catastrophe that struck at the end of George W. Bush’s term. But the democratic socialist from Vermont is not shy about insisting that much more should have been done to break up the banks, rein in the power of the wealthy, and provide far more sweeping health insurance and education benefits.

A good case can be made—and has been made by progressives throughout Obama’s term—that if Democrats said that everything was peachy, voters who are still hurting would write off the party entirely.

But ambivalence does not win elections. Running to succeed Ronald Reagan in 1988, George H. W. Bush triumphed by proposing adjustments in Reagan’s environmental and education policies, but otherwise touting what enough voters decided were Reagan’s successes.Democrats need to insist that while much work remains to be done, the United States is in far better shape economically than most other countries in the world. The nation is better off for the reforms in health care, financial regulation, and environmental protection enacted during Obama’s term and should be proud of its energetic, entrepreneurial, and diverse citizenry.

If Clinton, Sanders, and their party don’t provide a forceful response to the wildly inaccurate and ridiculously bleak characterization of Obama’s presidency that the Republicans are offering, nobody will. And if this parody is allowed to stand as reality, the Democrats will lose.