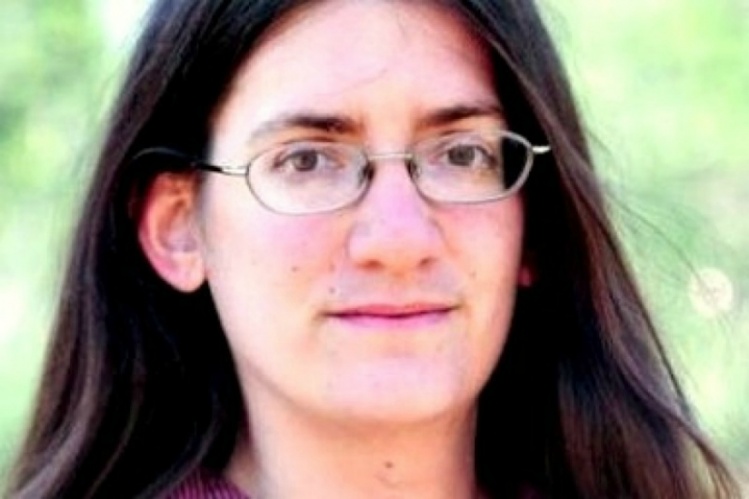 Eve Tushnet is, as she puts it, “the poster child for a poster nobody wants on their wall.” Raised “somewhere between atheism and Reform Judaism” and moved to convert to Catholicism while a questioning bisexual sophomore at Yale, Tushnet has for the past ten years been the blogosphere’s resident celibate lesbian.

As readers of Commonweal and a host of other publications know, she writes with a style that is at once self-deprecating and confident, earnest and wickedly witty. In Gay and Catholic, her first book, she stays true to form.

Tushnet is nothing if not forthright. In the introduction she states, “God wants you to love. He wants you to increase the tenderness and beauty in his world. This book is about the many different ways in which that call to love can play out for people who are gay or experience same-sex attraction and accept the historical Christian teaching on chastity.”

The project begins with a memoirish sixty pages that call to mind Anne Lamott’s Help, Thanks, Wow. Both women write with the honesty and gallows humor that come from having emerged, gratefully, from the hell of alcoholism, and from having recognized and embraced oneself as an odd bird and a child of God.

About the intellectual and spiritual development that led her to an acceptance of church teaching on homosexuality, Tushnet describes a series of helpful but ultimately unsatisfactory conversations with fellow students at Yale and with the priest teaching her RCIA group. The breakthrough, it seems, came when Tushnet—who, despite her best efforts, “didn’t understand the church’s teaching on this issue [and] didn’t like it”—changed her tack. “Instead of asking myself whether I understood the reasoning behind the church’s teaching—the reasoning of God—I asked myself whether I was more sure that gay sex was morally neutral or more sure that the Catholic Church had the authority to teach sexual morality. And much to my surprise and dismay, I found that I was more sure of the second.”

Other gay Catholics, of course, come to the same crossroad and are not so quick or able to equate the reasoning behind the church’s teaching on homosexuality with the “reasoning of God.” Tushnet never does present a compelling case for the teaching itself, but that is not the point of her inaugural book: “I lack the patience and academic temperament to do more than throw out suggestions, criticisms, and provocations.... I no longer think that a major part of my work as a queer Catholic is illuminating the philosophical and theological underpinnings of the church’s teaching on homosexuality.” Fair enough. Provoke, suggest, criticize—these are indeed her best moves. And who better suited than an adult convert to make them?

Tushnet’s perspective as a convert is everywhere in evidence but unfortunately gives her a kind of tone-deafness to the situation of born-and-raised Catholics who discern themselves to be gay. Many of us cannot help but see in our partnerships a flourishing of our Catholic faith, and not its undoing. For Tushnet, though, an undoing is precisely what those partnerships are, always and everywhere, and so one encounters frequently in her book breezy but brutal dismissals of most actual gay Catholics. For those who believe marriage is their vocation, Tushnet has little helpful to say. Gay Catholics who live in civil marriages or pursue romantic relationships are an impossibility; they are gay, clearly, but no longer really Catholic. The same church door Tushnet came in is the one she assumes they used to hightail it out. In one astonishing sentence in a discussion of potential pitfalls in the celibate life, she writes, “For people with same-sex attraction, same-sex friendships can obviously also present temptations to lust and thereby to leaving the church” [emphasis mine].

Tushnet seems to soften her stance in a discussion about whether the Alcoholics Anonymous imagery of “surrender” is problematic for women, pointing out, “Not everyone has the same spiritual needs I have, and therefore not everyone will be helped by the language, metaphors, and corresponding self-understandings that have helped me. Therefore, when people reject one metaphor for their lives…they may be expressing a genuine insight into their own spiritual needs and their own path to God.”

This is, I think, one of the biggest truths about all vocations, not just gay people’s vocations: the sacrifice God wants isn’t always the sacrifice you wanted to make. And when you know how ready you are to sacrifice a great deal, as long as you get to do it on your own terms, it can feel especially painful and unfair when God asks you for something different, a sacrifice you never wanted. Good gay relationships are often sacrificial. They are loyal, vulnerable, forms of loving service, and a school for humility and forgiveness. But they aren’t the sacrifice God is calling you to make.

As I sit here on my living room couch on a Saturday afternoon, my partner and teen and preteen sons living their bustling lives all around me, I just do not know how Tushnet can be so sure. I have, she says, been “drawn away from [my] true vocation into a false facsimile of a vocation.”

Certainly, the tone-deafness goes both ways. Tushnet shares, “I’ve never been ashamed of being gay that I can recall, but there have been times when the frequent small, grinding humiliations of explaining my celibacy left me feeling worn down, resentful, and equal parts self-righteous and ashamed.”

It is in the second half of the book, “You Are Called to Love,” that Tushnet shines. She is to be applauded for wanting to move beyond the clichéd image of “the miserable, life-denying celibate who has been twisted by the evil Catholic Church.” She is keenly attuned to the value of articulating experiences that some readers will recognize as akin to their own, even if imperfectly so. Gay Catholics who embrace a call to celibacy and take up this book will feel less alone on the road. And that, in the end, is Tushnet’s hope, for she understands that in isolation we wither, and in true community we flourish.

In a church that insists even its hermits be attached to a religious community or diocese, how can a gay, celibate Catholic survive, let alone thrive? Here, Tushnet draws profitably on lessons learned in the slog of addiction recovery, and can write convincingly with the wisdom of the battle-scarred that for both sobriety and celibacy, temptation-avoidance is an incomplete, negative strategy. In the same way that sobriety is not the same as not-drinking, celibacy is clearly not the same as not having sex.

Tushnet’s status as an adult convert serves her well, here, too, as one imagines her entering that door into the church, looking around, and saying bluntly, “Well, this won’t work!” Tushnet, like (and unlike) Andrew Sullivan before her, shines a light on the undervalued theology of friendship, and writes movingly about the necessarily outward-looking call to live lives of love and service. Traditional narratives in which homosexuality is understood as being inherently disordered and narcissistic are easily and swiftly skewered.

In “You Are Called to Love” Tushnet is part AA sponsor, part nagging mother, part advice columnist, and part spiritual director. Sometimes the cheery encouragement can get a bit silly: “First of all, you have to throw a few handfuls of glitter into the void. You have to put yourself out there! If…someone says something you like, mention it to them. Maybe ask if they want to grab coffee.... Don’t be pushy, but don’t be shy.... This may seem like a little thing, but seriously, throw parties.” Her you-can-do-it tone—entirely appropriate in context—makes even more stunning her masterful and moving answer, in an appendix of “frequently asked questions,” to the query, “What if following the church’s teaching here is terrible for my mental health?” With a Pope Francis–like attunement to loneliness, yearning, and misery, Tushnet’s nuanced answers—she wisely gives a range—are remarkable in their compassion and humility.

Tushnet refuses to be pigeonholed right up through the final sections of the book. In the middle of a chapter titled “Challenges within Your Vocation,” this convert who has spent the last 154 pages explaining how and why she lives in fidelity to the church’s teaching says nonchalantly, “I feel very lucky to have entered the church with a high level of anti-clericalism and cynicism about the clergy.” In her subsequent discussion of “clean anger” and “resentful anger,” she offers the remedy of praying to saints who had their own righteous troubles with the church. In Tushnet fashion, though, she doesn’t stop there. “The bishops put out some kind of statement on homosexuality, asymptotically approaching understanding at the speed of a dying snail, and I throw on a Pet Shop Boys album.” In the future, those of us not in possession of Pet Shop Boys albums might take such occasions to treat ourselves to a rereading of Tushnet’s book.