Fun While It Lasted

Why the Big Banks May Go Back to Being Banks
By Charles R. Morris
Columnists
Domestic Affairs
Economy 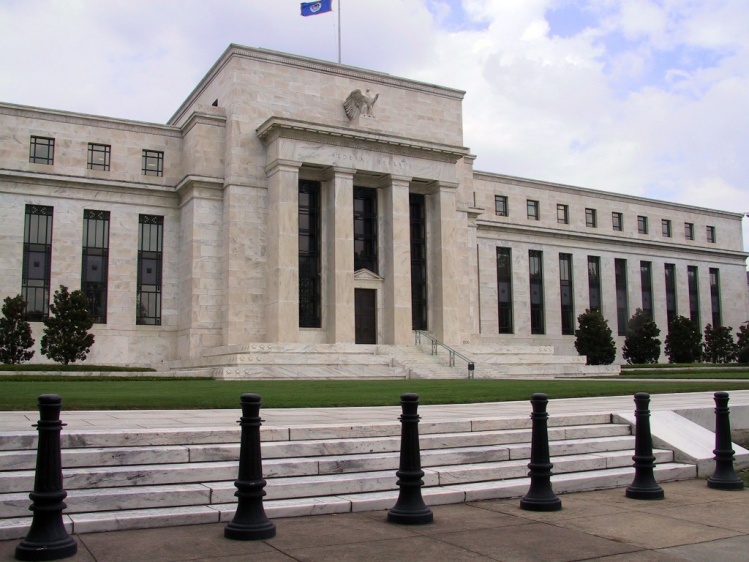 Slowly, but inexorably, the behemoth American banks are shrinking. Among the bigger banks—JPMorgan Chase, Citigroup, Bank of America, Wells Fargo—this year’s announced job cuts are already in the tens of thousands.

The dirty little secret of major-league banking is that it is not very profitable. JPMorgan Chase, despite a string of recent disasters, is still acknowledged to be one of the best-managed of the larger banks. Last year, JPMorgan deployed $2.6 trillion of real and financial assets—its offices, its cash, its loans outstanding, its trading book, and much else. Its net profits, however, were just $22 billion. That is a return on assets of less than 1 percent, or 0.85 percent, to be exact. You can buy top-rated CDs that return more than that.

It gets worse. At the moment the Federal Reserve is providing massive subsidies to the banks by means of low interest rates. “Fed Funds” are the short-term loans that the big banks swap among each other. The Fed’s current policy is to keep them at between 0 and 0.25 percent. Banks lend that money at rates anywhere from 3.5 percent (for prime mortgages) to 16 percent (for credit-card debt). In 2015, JPMorgan’s costs of raising the funds it lent was $7.9 billion, while its gross lending revenues were $51.5 billion, for a fat 85 percent margin. In 2006, perhaps the last normal year before the financial crash, JPMorgan’s loan margins were only 36 percent. If that 36 percent margin had prevailed in 2015, JPMorgan would have run at a loss. But the Fed is clearly intent on raising interest rates, which will squeeze those margins.

So why did banks look so profitable before the crash? Well, banks don’t headline their puny returns on assets; they focus on their return on equity, which is the portion of their assets owned by their investors. In a normal company, like a manufacturer, borrowed capital rarely rises above 50 percent, with the rest raised from shareholders. Many companies, especially in the tech industry, have no debt at all. Before the crisis, the big banks typically borrowed about 97 percent of the capital used in their business, leaving just 3 percent owned by shareholders. If all your earnings go to investors who put up just 3 percent of your assets, then a 1-percent return on assets creates a 30-percent return for those investors.

But that is changing. The regulatory agencies, both here and abroad, are gradually raising minimum levels of required equity. The biggest banks, the ones likely to pose “systemic risks” to the banking system, will have to carry even higher extra layers of equity. A recent analysis suggests that for the biggest banks, the American equity requirements will rise to between 9 and 11 percent. Returns on equity will shrink to the 10 percent range.

Managers have noticed. General Electric, which once contained one of the country’s biggest banks—GE Capital—is in the process of spinning off or selling almost all its banking operations. The reason: It decided it couldn’t make its profit objectives under the new rules.

A host of other changes are pushing in the same direction. Risky trading operations are being slimmed down or spun off. ‘‘Living wills” detailing how to resolve a big-bank crisis without investing taxpayer money are helping to disclose the insane riskiness of some of the banks’ business lines. Derivative operations (don’t ask) are being made more transparent and less risky.

With the Republican takeover in Congress, all these changes are under threat. But at the same time, the reputation of the banks is at an all-time low, as one revelation after another exposes routine criminal gaming of the financial system. Traders manipulate the foreign-exchange market. The base rate for most global short-term lending is rigged. Commodity prices are rigged through control of storage operations. Banking services explicitly designed to evade American tax laws and money laundering rules are provided to dictators or drug lords. Mortgage holders who have been discharged in bankruptcy are illegally pressured to pay up anyway. Mortgage documentation is forged. What do they teach in MBA courses anyway?

If we can retain the momentum for another few years, we may see the gradual emergence of pure “utility” banks that gather deposits and make loans and provide vanilla money transfer and trading operations for their customers, while earning steady, modest profits, and paying mostly middle-class salaries. In other words, things we used to call “banks.”

The rest will be spun off into the world of “shadow banking,” with no federal backup, like borrowing privileges at the Federal Reserve, coupled with federal monitoring focused primarily on fraud or extremely risky behavior.