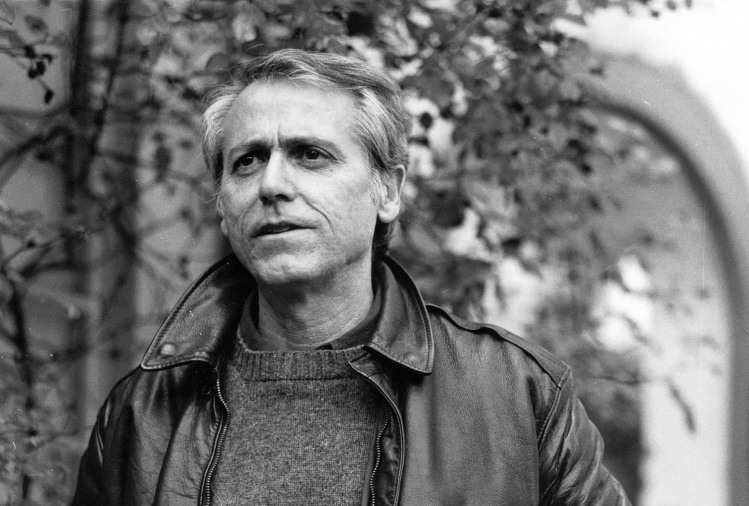 My first thought on finishing Don DeLillo’s The Silence was that it was minor stuff. Bottom-shelf DeLillo. An enjoyable visit with an always-fascinating friend, perhaps—and the novel tells the story of just such a visit, interrupted by an unexplained emergency that knocks out the world’s communications technology and seriously delays two of its characters’ arrival for dinner—but not the sort of book that you’d build a cult around. What does one expect of a seventeenth novel, a late entry in a career that includes, to my mind, two indisputable masterpieces (1988’s Libra and 1997’s Underworld) and a staggering number of witty, rewarding paragraphs? At least it’s too short (128 pages) to really waste a reader’s time.

When it comes to DeLillo, one adopts such an opinion at one’s peril. Canonical as he is, he’s spent a lot of his career getting counted out. His first several books sold in small numbers. White Noise (1985), a collection of brilliant concepts, setpieces, riffs, and tangents set at a Midwestern university, won him the National Book Award, but also invited a conservative backlash—Bruce Bawer famously called it an anti-consumerist “tract.” That backlash continued with Libra, an examination of the Kennedy assassination and one of the great conspiracy novels, which George Will called “an act of bad citizenship” that blamed America for Lee Harvey Oswald. (DeLillo’s retort: “I don’t blame America for Lee Harvey Oswald, I blame America for George Will.”) The critic James Wood was reviewing Zadie Smith’s White Teeth (2000) when he coined the pejorative term “hysterical realism,” but he was also thinking about DeLillo, Thomas Pynchon, and David Foster Wallace, and he singled out Underworld in particular as a book that sacrificed the convincing evocation of human consciousness to big themes and zany topical riffs. Writers like these, Wood argued, expected readers to take “bright lights” as “evidence of habitation.” As Wood and other critics continued to hash out whether DeLillo’s fattest and most-hyped novel was any good, the author was already well into the series of short, haunted, elliptical books that so many reviewers treat as needless afterthoughts to Underworld. 2003’s Cosmopolis, which now reads as a dark pastiche by DeLillo himself of the DeLillo style, was particularly ill-regarded, until the 2008 financial crisis made its story of a billionaire trading away his fortune during a single long trip across town seem eerily prescient.

In DeLillo’s greatest books, the essayistic quality of the dialogue and descriptions is structured and controlled by something else.
sharetweet

Some consistent themes emerge from the critiques. DeLillo is smart, yes, but his novels have something inhuman about them. The characters, speaking in paradoxes, apothegms, and lists, seem less people than mouthpieces for DeLillo’s—or someone’s—cultural critiques, sardonic observations, cynical flights of fancy. (Early in The Silence, for example, a man watches football. “The money is always there, the point spread, the bet itself,” he says. “But consciously I recognize a split. Whatever happens on the field I have the point spread secured in mind but not the bet itself.” I’m always saying this!) It’s not simply that he isn’t a psychologically realistic writer—there’s no particular reason he should be—but that his books have nothing beyond their own ranting energy to sustain them. Having given up any relationship to the depiction or (Wood’s favored word) evocation of what it is like to be alive, they risk shapelessness. I agree with this critique to a point: in DeLillo’s greatest books, the essayistic quality of the dialogue and descriptions is structured and controlled by something else. Libra is formally disciplined by the events of the Kennedy assassination, and by the unfathomable loneliness of its central character, Oswald. Point Omega (2010), with its inconclusive ending, captures the question-with-no-reply feeling of grief itself.

What, if anything, does The Silence evoke? It feels like a renunciation. Little signatures appear, bits of DeLilleana that make the book seem valedictory: Martin sits up at night reading and rereading Einstein’s Special Theory, as did Eric in Cosmopolis, and another character narrates imaginary football games (complete with commercials) over a dead TV screen, as DeLillo is known to have done in childhood. The first half of the book cuts between the couple on the airplane, Tessa and Jim, and the friends they are supposed to meet later for dinner, Max and Diane (with Diane’s former student, Martin), who are in New York City watching the 2022 Super Bowl. DeLillo is as eloquent as you’d expect him to be on the peculiar unlife of air travel:

Here, in the air, much of what the couple said to each other seemed to be a function of some automated process, remarks generated by the nature of airline travel itself. None of the ramblings of peoples and rooms, and restaurants, where major motion is still by gravity, talk free-floating. All these hours over oceans or vast landmasses, sentences trimmed, sort of self-encased, passengers, pilots, cabin attendants, every word forgotten the moment the plane sets down on the tarmac and begins to taxi endlessly toward an unoccupied jetway.

Then the plane starts to pitch. The TV in the apartment goes dark. Phones stop working. Jim and Tessa arrive late, injured. The later chapters are a series of speeches during which the characters sometimes pause to acknowledge that they are not listening to each other; you imagine a stage or film adaptation in which everyone talks over each other, Altman-style. Some of what they say is brilliant or beguiling, some absurdly grandiose. “Are we an experiment that happens to be falling apart, a scheme set in motion by forces outside our reckoning?” Tessa asks, or says, at one point, and then adds, helpfully: “This is not the first time these questions have been asked. Scientists have said things, written things, physicists, philosophers.” DeLillo’s style is so distinctive that every sentence begs either to be memorized or mocked.

What lifts The Silence above its occasional absurdities is DeLillo’s potent suggestion that if we were, somehow, freed from the inanity and babble of our machines, we would be left with a still more frightening babble: our own. There are hints that this noise, too, will fall away; at first the event sends huge crowds into the streets, but on the second-to-last page, we learn that the streets have emptied. A few pages from the end, Diane finishes her monologue with a quote from Finnegans Wake—“Ere the sockson locked at the dure.” She does not attempt to interpret or explain this odd sentence. It comes from a part of Finnegans Wake where the hero, Horace C. Earwicker, is about to shoo everyone from his tavern, get drunk, and fall down. In that book’s weird cosmology, Earwicker falling always marks an apocalyptic shift in history, a transition from one era to another. Earwicker’s fall occurs just after the line that DeLillo quotes, as though the small apocalypse that this book describes presages another, even stranger shift, about which the book must be silent. On the final page, Max stares at his darkened TV, saying nothing, his body in a meditative posture. The device that once stupefied him with its prattle now stands in for the transcendent silence of God—at which a novel can only gesture.

Published in the May 2021 issue:
View Contents
Tags
Books
Fiction