Follow-Up to ‘Rape Is A Sin’ 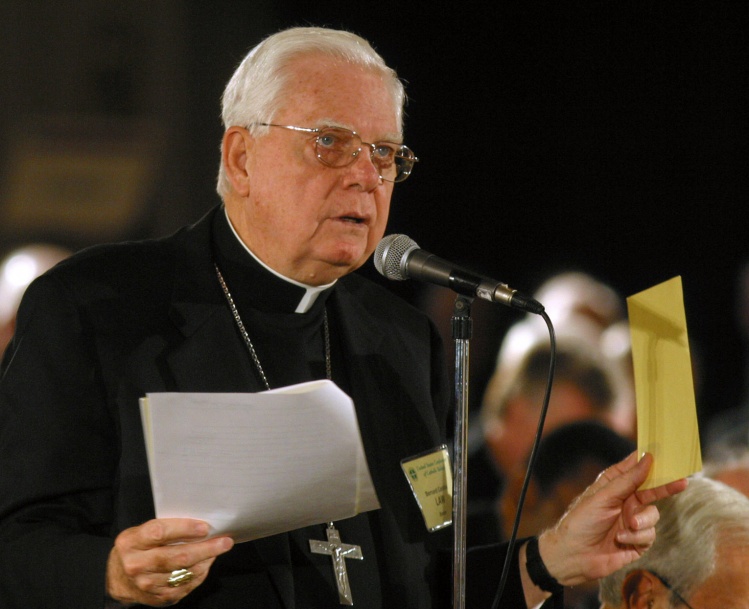 Philip Lawler, who is mentioned in a recent piece, “Rape Is A Sin,” wrote to the editors:

Having devoted much of my life during the past twenty-five years to denouncing sexual abuse within the Catholic Church, I was appalled that Commonweal would publish an article (“Rape Is a Sin,” May 4) that includes a completely gratuitous and thoroughly inaccurate suggestion that I would make light of abuse. B. D. McClay quotes exactly two words from my obituary of Cardinal Law, in which I remark that he was “not unique” in covering up abuse. She uses that observation—which is undeniably true—as an excuse for a parenthetical sentence in which she imputes to me an attitude that is diametrically opposed to what I wrote in that obituary, what I wrote in my book The Faithful Departed, and what I have written in hundreds of other publications dating back to the early 1990s. This sort of reckless disregard for the truth and for an author’s reputation is at best irresponsible journalism, and calls for a public apology.

I admire much of Philip Lawler’s writing on the sex-abuse crisis in the Catholic Church that I’ve read—so let me say that up front. However, I don’t think I can apologize for my reading of his obituary for Cardinal Bernard Law in First Things (“The Tragedy and Scandal of Cardinal Law,” December 27, 2017), for the simple reason that I don’t think I misread it.

For the sake of clarity, here’s the offending passage of mine, relevant part bolded:

So here I use the obituary as an example of deflection. Was this fair? I think so (clearly), otherwise I would not have written it.

But here’s a fuller explanation as to why. In the opening paragraph of the obituary, Lawler puts Law in the category of “good people [who] do bad things,” calls him “an exemplary pastor,” and refers to him as “vilified,” a word that usually implies some degree of injustice. Elsewhere in the piece, Law is a “stalwart in his defense of unpopular Church teachings” and “embattled” (which, like “vilified,” tends to communicate sympathy to me, though it has neutral applications). Finally, Law’s response to the crisis comes down to “misguided policies.” And his story is, per the headline and the text itself, a “tragedy,” a word that rather implies Law is this tragedy’s hero—a Hamlet or an Oedipus.

Law’s prominence in the story of sexual abuse is ultimately attributed by Lawler to a hostile media—unlike Roger Mahony, Law didn’t make friends of reporters. Finally, though Law is presented as an object lesson in corruption, we end the piece with a reminder that Law did not cause the wider situation. The heat put on Law in particular thus seems to be due to his virtues, not his vices.

The brief quotations above serve as cues to the reader that you’re reading a piece that takes a sympathetic approach to Law even if it does not excuse what he’s done. I don’t quote them to provide an exhaustive account here, but merely to show why I read it as I read it.

The remark about Lawler’s obituary was meant to illustrate that “they do it too” is a popular style of argument that I regard as unhelpful. It’s undeniably true, for instance, that students are raped at secular colleges, which is part of why Austin Ruse feels comfortable excising the actual rape allegations entirely from his argument as to why the criticisms of orthodox Catholic institutions are specious and selective.

In the case of “The Tragedy and Scandal of Cardinal Law” the effect is to suggest that Law was a fall guy, despite his guilt, for systems of abuse he did not cause and the enabling behavior of others (such as Mahony) he had no control over. In other words, it painted focus on Law as suspicious even while condemning him. Hence my parenthetical.

I do regret that my reference to the piece was taken by some, including Lawler himself, to be a statement on Lawler’s character or work as whole; I take responsibility for that lack of clarity and apologize for it. However, if the obituary was meant to read as a flat condemnation without a hint of deflection, rather than the way it read to me, I do not think the fault lies in my reading.