The Fix Is Not In 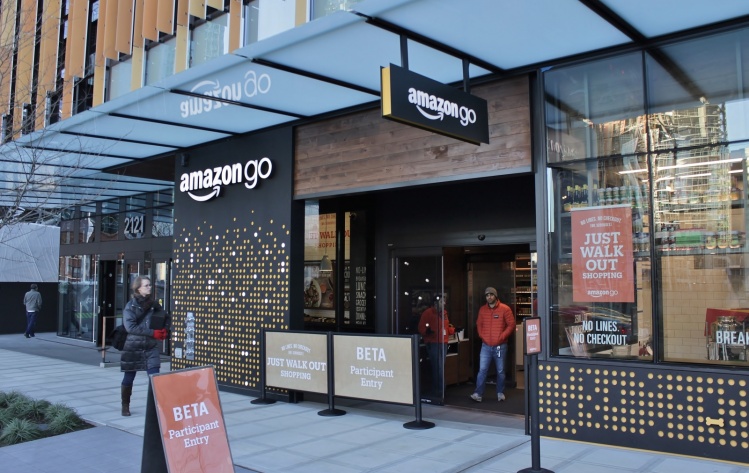 You have to agree with the Wall Street Journal editorial on Amazon’s deal in New York. Well, at least with one of them.

“These handouts to one of the richest companies in the history of the world, with an essentially zero cost of capital, is crony capitalism at its worst,” the paper editorialized on November 14. It noted that Google and other tech companies had set up shop in New York without such subsidies, and suggested that Amazon might well have done the same thing, given the workforce the city attracts. The paper added, “We rarely agree with socialist Congresswoman-elect Alexandria Ocasio-Cortez, but she’s right to call billions of dollars in taxpayer subsidies for Amazon ‘extremely concerning.’”

If you don’t agree with that take on New York’s $3 billion tax-incentive deal with Amazon, then maybe a second Journal editorial will be right for you. “It’s a testament to New York’s toxic business environment that even $3 billion in subsidies wasn’t enough to keep the company in town,” the paper editorialized on February 14, after Amazon withdrew from the deal it had reached with New York Governor Andrew Cuomo and Mayor Bill de Blasio. And there would be no more agreements with Ocasio-Cortez:

Liberals love to conflate corporate welfare with capitalism, and these kinds of deals help promote their narrative that the American economic and political systems are rigged. Rep. Alexandria Ocasio-Cortez tweeted that “everyday New Yorkers & their neighbors defeated Amazon’s corporate greed, its worker exploitation, and the power of the richest man in the world.” Massachusetts Sen. Elizabeth Warren declared, “How long will we allow giant corporations to hold our democracy hostage?”

Like their friends at the Wall Street Journal editorial board, the New York Times editorialists also condemned the deal with Amazon after it was announced in November. In a piece headlined “New York’s Amazon Deal Is a Bad Bargain,” the paper complained, “We won’t know for 10 years whether the promised 25,000 jobs will materialize. We do know that for decades states and cities have paid ransoms in the tens of billions of dollars to attract or ‘keep’ jobs only to find themselves at the losing end of the proposition when companies moved on after the taxpayer freebies ended.” The Times called for Amazon to pay the city and state, rather than the other way around, by investing in schools, affordable housing, and the subway system.

If all levels of government keep drawing on the public treasury to compete with each other for new jobs, then the public is going to be the poorer for it.
sharetweet

After Amazon withdrew, the Times editorial-board members joined the Journal’s in changing course. “As the company cancels its plans for a major Queens campus, anti-corporate activists got what they wanted at a great cost” was the top-of-page tagline for their February 14 editorial. The board went after many of the parties, except itself, that had sneered at the deal. They didn’t name the names of the “anti-corporate activists,” but you know who this is about—that first-term congresswoman with the three-million-plus Twitter followers. While the Times editorialists weren’t sure back in November if Amazon could deliver on its 25,000 jobs, now their message was: “New York Returns 25,000 Jobs to Amazon.”

Call this New Yorker foolhardy, but I say it’s in the common good to draw the line on the tax breaks that cities, states, and counties compete to shower on corporate America. New York state and its localities are just shy of spending $10 billion a year on these tax breaks. Some of that would be justified, if it were effectively monitored, transparent, and free of corruption, in economically stagnant areas of upstate New York (but it’s not). Such tax expenditures, as experts call the tax “incentives,” are not needed in New York City, including the booming Queens waterfront neighborhood where Amazon would have located, Long Island City.

There is a liberal case to make against corporate welfare, and a conservative one. In a Quinnipiac University poll that asked New York City registered voters if they supported or opposed the subsidies for Amazon, Democrats, Republicans, and independents were all evenly divided. Ultimately, it’s just common sense that if all levels of government keep drawing on the public treasury to compete with each other for new jobs, then the public is going to be the poorer for it. As experts have framed it, the question isn’t how many jobs will be created, but how many are created “but for” the subsidy. And three-quarters of the time, research shows, companies would have made the same location decisions without tax breaks.

Public officials have for many years tried to shield the details of these often complex deals. Acting through quasi-public corporations, government agencies essentially agree to become advocates for the corporations in the process for securing approvals. In the Amazon deal, Cuomo and de Blasio did that by trying to dodge the process for approving major land deals in New York City—a year-long review with multiple levels of public hearings. Instead, the Amazon agreement was to be put before a state board limited to three voting members—the governor and the heads of the legislature—that reviews deals made by statewide public authorities to see if the state can afford them. It’s a narrow review.

As it turned out, Cuomo’s machinations only made it worse for Amazon’s prospects. The leader of the State Senate, Democrat Andrea Stewart-Cousins, appointed a representative who opposed the Amazon deal, Sen. Michael Gianaris, who represents the district where Amazon was to build its complex. The problem for Cuomo was that under state law, a unanimous vote is needed for a project to pass the Public Authorities Control Board—so the power was in Gianaris’s hands. It’s possible that something could have been worked out but Amazon, having lorded over the process from the outset, made its exit once it became clear that the fix was not in.