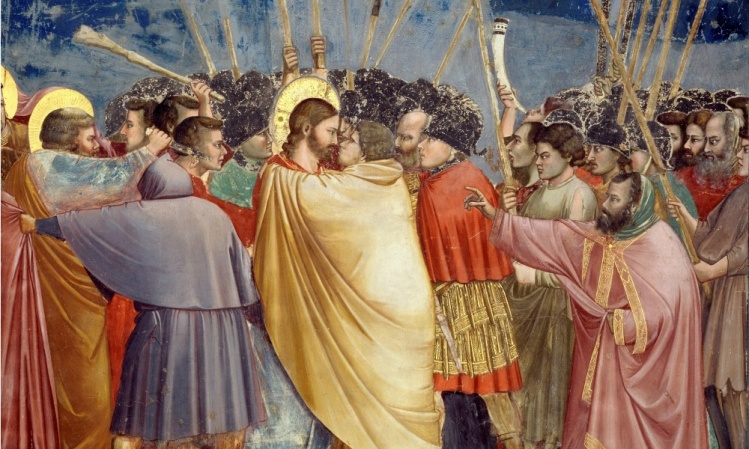 Amos Oz’s latest novel, Judas, makes for a somewhat unpleasant read. Not a bad read, but a masochistic one. The sort you might take in when you are trapped in a house with an older woman and a still older man who have, by a combination of circumstance and choice, withdrawn from life. When you are shut in by a winter of unrelenting rain, the kind of winter in which, as Oz writes in his novelistic memoir, A Tale of Love and Darkness, his own mother took her life. It spins a story that might speak to you at night, in a moment of crisis, of transition, at the point when the future you had envisioned for yourself has fallen from view, and a new vision of the future has not yet come into focus. If you are the protagonist of Oz’s novel, the young man in his moment of crisis, and not the older folk who have become their crises, this moment passes. The rains end, you leave behind the house. The things you carry from that house are not without truth, but their truth is the truth of winter, which is after all only one season, and perhaps not the most interesting one at that.

The book’s protagonist is Shmuel Ash. In Hebrew, his surname, ash (written with an initial alef), is homonymous with ash “moth” (written with an initial ayin), the biblical symbol of decay. When Shmuel shows up at the house in which almost all of the novel takes place and introduces himself to one of its inhabitants, the old invalid Gershom Wald, the latter wonders whether Shmuel’s surname in fact begins with an ayin. (The book’s skilled translator, Nicholas de Lange, makes a brilliant but only partially successful attempt to render this pun in English.) The basic mood is thus set: we are in the midst of decay, and our protagonist, Ash with an alef, is caught up in it, but ultimately not a part of it.

Ash himself notes, in the same conversation with Wald, that he is unrelated to “the well-known writer Scholem Asch,” and through this only literally true denial, Oz sets the stage for the basic conceit that drives the book and underlies the title (Judas in English, but in Hebrew: The Gospel According to Judas). For Scholem Asch owes part of his (now eclipsed) fame to a series of historical novels on the rise of Christianity, published between 1939 and 1949. Oz’s Shmuel Ash is likewise working on a master’s thesis at Hebrew University on the history of Jewish views of Jesus. But he has reached an impasse, and when his long-time girlfriend abruptly announces that she is leaving him to marry a previous boyfriend, Ash decides to withdraw from his program, and to pursue a job posting. His unusual task: to pass a few hours every night in intellectual conversation with the aforementioned Wald.

The house is not in fact Wald’s; it belongs to the family Abravanel. As Ash later discovers, Wald’s son, Micha, had been married to Atalia Abravanel until Micha’s death in Israel’s War of Independence. After this tragedy, the Abravanel family—Atalia and her father Shealtiel—took in Wald. Now, some ten years on, Shealtiel is dead, Wald is old and infirm, and Atalia is a confirmed misandrist who finds grim satisfaction, in her work as a private investigator, in exposing infidelity and betrayal.

Over the course of a wet winter, nothing much happens. Ash reflects further on Jesus, and vainly attempts to woo Atalia. He becomes intrigued by her past. Shealtiel, her father, had served on the Zionist Executive Committee, but was forced to resign because he opposed the creation of a Jewish state. For Shealtiel, Jews and Arabs ought to live together in Palestine outside the framework of a state, and model a stateless ideal. “They all thought he was crazy. People abused and reviled him, they called him a traitor, they called him an Arab-lover.” As Wald and especially Ash interpret the Gospel story over the course of their conversations, Shealtiel emerges as both a Jesus figure and a Judas figure. A Jesus figure, because he preached an attractive but politically impractical message of love and mutual understanding. And a Judas figure, because he was a traitor to his people out of pure motives. For Judas too, on Ash’s view, did not betray Jesus for vicious or venal reasons. He betrayed him, rather, precisely because he was “the first Christian. The last Christian. The only Christian.” Judas had become convinced, more convinced than Jesus himself, that Jesus was the Son of God. He arranged for Jesus’ crucifixion in the firm expectation that Jesus would descend from the cross and prove his divinity. And when he discovered his error, and thus his guilt, he hanged himself.

Betrayals, sometimes real, sometimes apparent, and often murky, populate the book. Wald himself is Shealtiel’s opposite, a man who thinks of David Ben-Gurion, Israel’s founding father, as “the greatest Jewish leader of all time” because he was “a clearheaded, sharp-sighted man who understood a long time ago that the Arabs will never accept our presence here of their own free will.” And yet Wald, too, is a Judas insofar as he sends his son, Micah, to his death. Not for nothing does Wald appear to Ash, at one point early in the story, “like a hanged man with a broken neck.” And despite (or perhaps because of) his opposition to Shealtiel, Wald has a fondness for the prophet Jeremiah, who “betrayed” his people by urging them to reconcile themselves to Babylonian rule. Likewise, Ash’s grandfather—a Tobiansky-like figure—was executed by the Jewish underground as a traitor spying for the British, even though he was in fact, Ash insists, a double agent working for the underground.

What does this rainy, claustrophobic novel leave us with?
sharetweet

Ash gets out of the house at the end of the novel. Or more precisely, he is pushed out by Atalia, who knows what is best for him, and for us. We get the impression that he will manage to put the house behind him, as he let go of his master’s thesis, although we cannot be altogether sure; the novel ends with a question, with Ash in a Beersheba village street, on his way to the new town of Mitzpe Ramon, standing and “wondering” (literally: “asking himself”). The reader, too, is left wondering. What does this rainy, claustrophobic novel leave us with?

While the answer to this question will vary from one reader to the next, readers of Commonweal will naturally take particular interest in the book’s use of the figure of Judas. The aforementioned Scholem Asch, author of the trilogy on the Gospels, is but one of many modern Jews who have attempted to recover Jesus for Judaism, especially by highlighting his ethical teachings. Among the most prominent figures in this recovery project was Oz’s great-uncle, Joseph Klausner, whose life of Jesus was published in Hebrew in 1922, “the first time such a work has been attempted in Hebrew with neither satiric nor apologetic bias,” in the words of Herbert Danby, who translated the book into English in 1926. Danby notes, in his preface, that Klausner’s nuanced account of Jesus is facilitated by Zionism: “The Jewish nationalist historian, resident at last in Palestine, assured of the safety of his national life, feels himself free to scan the whole range of his nation’s life in Palestine, and he no longer thinks it a danger to look with open eyes at the persons and events which ushered in the Christian age.”

Now Oz, Klausner’s great-nephew, takes up Jesus’ betrayer, Judas, as a vehicle to think through the Zionist project’s corollary, the Arab problem.  Many modern writers have put forward revisionist, sympathetic portraits of Judas. One thinks, for example, of the musical Jesus Christ Superstar, or of Jorge Luis Borges’s short story, “Three Versions of Judas.” What is different about Oz’s case is that here we find a Jewish author offering such a portrait. This should strike one as odd. The wicked characters whom we moderns like to revise and to complicate are those of our own traditions, the black ciphers that populate the stories we tell our own. But what has Judas to do with Judaism? Writing a revisionist history of Judas would seem to be a task for Christians, and until now, it has been. That Oz puts his Jewish shoulder to this task is indicative of the degree to which (some) Jews already perceive the Jesus of the Gospels as their own.

It might also be understood as a desperate gambit amid the dimmed prospects for near-term peace between Israel and Palestine. Oz is a founding member of the activist organization Peace Now. The two-state solution for which this organization advocates seems more distant now, the political divisions sharper now, than they have been in the recent past. Perhaps Oz, by choosing Judas as his lens on the Israeli-Palestinian conflict, means to invoke the violent history of Christian anti-Semitism as a warning against the sort of black-and-white thinking that often underlies accusations of betrayal. Perhaps Oz is suggesting that violence can be averted, peace won, if only we appreciate that as much as Jesus was Jewish, so Judas was Christian.