Ferguson Divides Us Less Than We Imagine 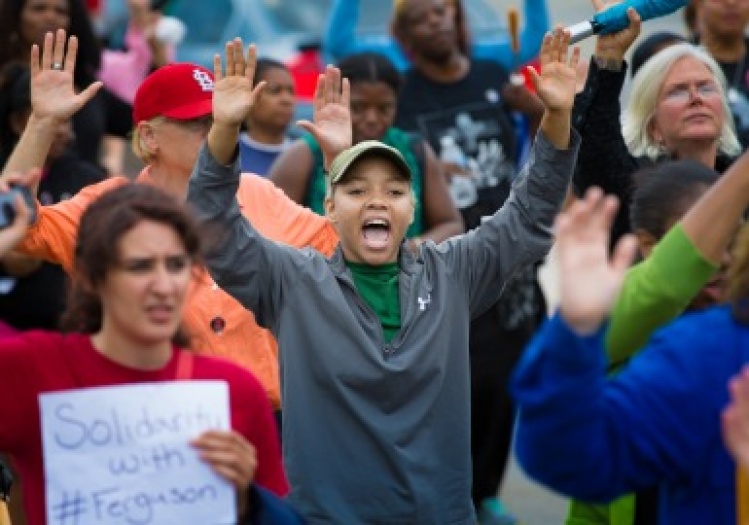 African-Americans are not alone in being horrified by the killing of Michael Brown. They are not alone in their concern over the police’s behavior. And there’s evidence that a large number of white Americans have still not fully formed their views on this tragedy. This means that how we discuss and debate the events in Ferguson, Mo., in the coming weeks really matters.

What you have probably heard up to now is how racially polarized the country is in its reaction to the shooting of Brown by a police officer -- at least six times, including twice to the head. But polarization is the wrong concept here. The fact is that white Americans are clearly divided in their reactions, a sign that a broad national dialogue leading to change is possible -- if, for once, we step outside the usual boundaries of our discord.

African-Americans are not divided. In a Pew Research Center survey conducted from Aug. 14 to Aug. 17, 80 percent of blacks said the case “raises important issues about race that need to be discussed.” In addition, 65 percent said that the police response had gone too far.

This is a potentially significant shift. It’s possible that the direct involvement of the police in Brown’s death has an impact here, or that the discussion of the Martin shooting altered white opinion. Whatever the cause, we need to keep our eyes open to what’s happening.

Also noteworthy is that many whites have yet to form a view of the police response in Ferguson: 32 percent said the response has been “about right,” 33 percent said it has “gone too far” -- and an astonishing 35 percent declined to express an opinion. Many white Americans are still watching, and listening.

Seen one way, there is an undeniable racial divide: Whites were three times more likely than African-Americans to have significant confidence in the inquiries. On the other hand, 43 percent of African-Americans and 60 percent of whites positioned themselves at one of the two mid-points on the scale.

It should not surprise us that blacks and whites see appalling episodes of this sort somewhat differently, given our nation’s history with racism. But we also ought to notice that empathy does exist across racial lines, and this should give us hope.

Countries tell themselves stories, and then they start believing them. If we keep misleading ourselves into thinking we are wholly divided by incidents of this sort, we won’t even try to talk to each other, let alone look for ways to improve the situations of young African-Americans or relations between our police and our minority communities.

We talk too much about “teachable moments” and have too few of them. That’s because the concept itself can have a condescending feel, implying that some people need to be teachers and others need to be pupils. In a democracy, we are all teachers and we are all students -- and we’re obligated to search for common goals. We should join together in seeking a thorough investigation of Michael Brown’s death and remember that Martin Luther King Jr. instructed us all that we should “refuse to believe that the bank of justice is bankrupt.”