In Search of Other Gen-X Catholics
By Kaya Oakes
U.S. Catholicism
Spirituality 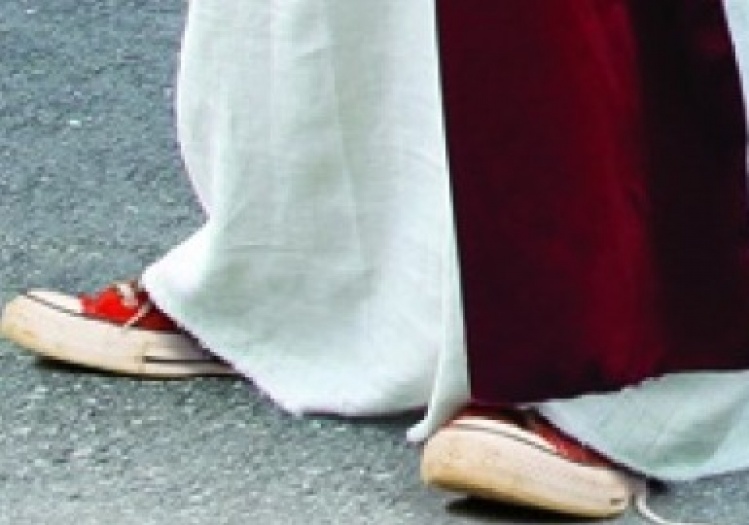 For several years now, I’ve suspected that my entire generation had vanished from Catholicism. On retreats, I was surrounded by seniors, Baby Boomers, and college students. At Mass I was joined by gray-haired people and (fewer) college students. In the women’s group I helped found at my parish, at vigils to support American sisters, in the pages of Catholic magazines, on the internet: more seniors, more Boomers, a sprinkling of college students, and forty-two-year-old me. Apparently, I am the last Gen-X Catholic on earth.

When I began finding my way back to Catholicism, only my husband and a couple of trusted peers were aware that I was spending my Sunday mornings at Mass, my Wednesday evenings in catechism classes, my Saturday mornings cooking at a shelter for homeless women. When I vanished for a week on a silent retreat, most friends my age assumed I was at one of Northern California’s many Buddhist centers or maybe a spa. When I was no longer available for Sunday brunch, friends guessed that my gym schedule had shifted. And then I outed myself with a book about Catholicism and how I do and don’t fit into it. I was pleased when friends in their thirties and forties turned up to hear me read from it. But not a single one was a practicing Catholic.

Last year, the PEW Forum on Religion and Public Life released the results of its multiyear study of faith, which revealed that up to a third of Generation X (born in the 1960s and ’70s) and Generation Y (born in the ’80s and ’90s) describe themselves not as atheists but as “Nones,” people with no religious affiliation. Anyone who’s noticed the shrinking number of young people at Mass should not have been surprised. When I didn’t tell my friends I was back in the church, it was primarily because they’re all Nones.

Growing up in the Bay Area in the 1970s, faith seemed exotic and rare. Our parents had abandoned organized religion as the ’60s swept over them, or they’d reinvented the faith of their parents, or grabbed on to traditions not their own. Jewish ashrams, Catholic house-churches, Zen Trappists, Native-American animists, African-American Muslims: those were the religions I grew up around. My own family’s Catholicism was pretty shaggy; only my father regularly attended Mass, and he went to the kind of progressive church where women preached on occasion and every major holiday featured that very ’70s phenomenon: liturgical dance. Some Catholics of my generation grew up believing that twirling scarves around the altar was a sanctioned part of the liturgy. Bay Area Boomers were not interested in orthodoxy, and they raised a generation of kids who, eventually, were not even interested in faith.

Attending a Catholic college, I expected to see some evidence that my generation was still hanging on to religion. But even if my classmates were rooted in Catholicism, they didn’t seem like the socially engaged Boomer Catholics I knew in Berkeley and Oakland. They didn’t volunteer, they didn’t pray, they slept around and partied as though the members of the religious order who ran the school weren’t living in the dorms with them. Their connection to religion was tenuous and thin. For most of them, once they graduated, the connection broke.

My own connection had broken well before college. I didn’t like what the institutional church had to say about women, and I liked even less what it had to say about the LGBTQ community that had surrounded and loved me since childhood. But I’d expected my classmates, at least, to act like good Catholic kids: to be compassionate and devout, to have some sort of relationship with God, to be respectful of the clergy who ran the school. Instead, they acted like self-centered, nihilistic jerks. And as the media portrait of our generation became clearer, we all seemed to be self-centered, nihilistic jerks. It wasn’t so much that religion wasn’t good enough for us; we weren’t good enough for religion.

That perception was the first stumbling block I had to get past when a stubborn belief in God pulled me back to the church in my thirties. I was the only person my age in RCIA; surrounded by Boomers and college students, I felt the generation gap yawning on either side. But I also felt, for lack of a less clichéd word, welcomed. Here was a place where no one shared my pop-culture vocabulary, but it was also a place where the central message of compassion for the marginalized, and of community that transcended gender, race, and class, trumped the question of age. My church friends could easily have been my mothers, aunts, uncles, fathers, nieces, and nephews. Yes, sometimes my jokes didn’t make sense to them. My taste in music was confounding. But there was no snark. There was no knee-jerk cynicism when I talked about my struggles as a person of faith. The elderly priest leading our group said it over and over again: Maybe you’ve been a sinner, but so has the church. You are still good enough for religion.

So I became a practicing Catholic, and in time I told my friends what I was up to. I braced for a negative response. In our social circle, discovering someone was gay was usually greeted by a shrug. Finding out someone was religious, however, was cause for alarm. Religion for Generation X was Jerry Falwell and the Crystal Cathedral and Tammy Faye Bakker’s mascara. As the Religious Right and Evangelicals stormed into politics, more and more Gen-X kids threw up their hands.

I didn’t need to worry. When I finally began to admit to friends that I was attending Mass again, they reacted like most Gen-Xers do when someone comes out. They shrugged. And when I wrote about it, and they read what I wrote, they tentatively began to ask questions. What did it mean to have faith? How could I deal with the sexism and homophobia? Is the pope really infallible? What was up with those nuns on TV riding around on a bus? But those conversations never seemed to last very long, which for me was both a relief and a disappointment. I’m relieved not to have to spend time explaining and defending two-thousand-odd years of Catholicism. But I’m also disappointed that my friends’ interest in this facet of my life, and in religion itself, is so superficial. As curious as people my age are about the exotic phenomena I take for granted—the Eucharist, the Body of Christ, Jesus himself—they are still suspicious of anything remotely resembling groupthink.

Yet no matter how cynical the world turned us, some Gen-Xers had religion all along. We had it in our bones, and like every generation, we grew up. When Gen-X friends of mine—Episcopalians, Jews, Unitarians, and the one Catholic friend I now have—started to rediscover religion, we did it in the DIY manner we do everything else, and for the most part that means we do it independently, without much concern for centralized authority.

But if I rediscovered faith on my own, I stay involved thanks to the community I found in RCIA and continue to find at my parish—a community that transcends difference to reveal a core that binds us together. As I’ve grown closer to my Catholic Boomer friends, I have learned, too, that the feeling of social isolation is not just a Gen-X phenomenon. Catholics of all ages have to work harder today to find and build the community our faith depends on. It can be a lonely time for all of us. And constantly moving back and forth between a secular culture where conversations about religion are often perfunctory and a life of faith can strain even the most ardent believer.

Gen-X Catholics occupy a particularly precarious position, or so it seems to me as I look in vain for fellow members of my generation each Sunday. Without companions in the faith journey who share our experiences, our inside jokes, our generational mixture of stubborn independence and progressive thinking, I’m afraid our connection to the church may not hold. And if we disappear, the bridge we provide between older and younger generations of Catholics will vanish, too. It would be a loss I’m afraid many parishes wouldn’t notice until it’s too late. 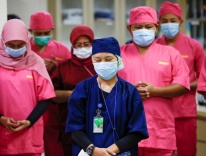