‘No One Is Talking About This’
By Katie Daniels
Media
Books 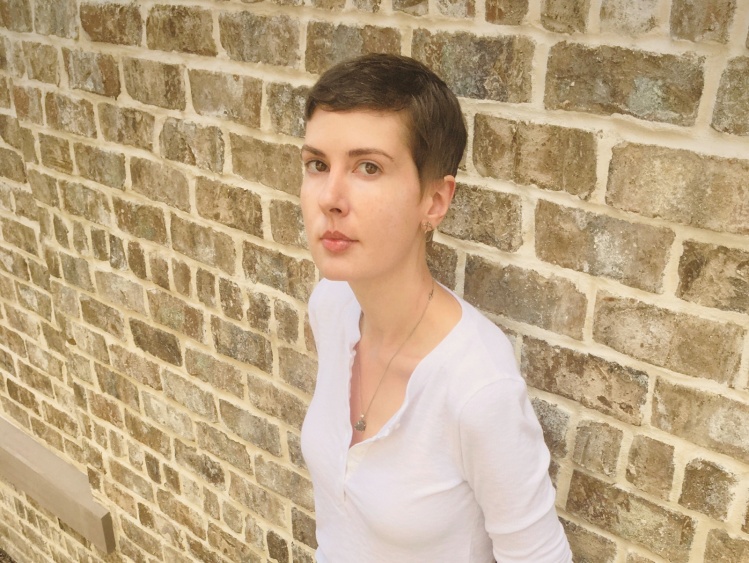 In February 2019, the poet Patricia Lockwood gave a lecture at the British Museum. She prefaced it by explaining that she had started keeping a diary of what it felt like to be “extremely online,” a part of the internet’s “snowy white disintegration, which felt also like the disintegration of my own mind.” The 6,500-plus word speech that followed, titled simply “The Communal Mind,” was written in the third person. As Lockwood said at the time, “It seemed fitting to write it in the third person because I no longer felt like myself.”

Lockwood’s new novel, No One Is Talking About This, is the result of her exploration of what it’s like to experience life, neither online nor offline, but simply with the internet. Though she’s previously published two books of poetry and a memoir, a novel is an apt form for this particular project. Internet life is endlessly weirder and more unbelievable than fiction, and it has a funny habit of seeping into our “real” lives in ways that feel, at this point, almost unsurprising: Pizzagate, QAnon, the Capitol riot, Tide Pods. No wonder Lockwood no longer felt like herself; who does?

No One Is Talking About This is told from the point of view of an unnamed narrator who is ricocheted to internet and real-life fame when one of her posts (“Can a dog be twins?”) goes viral. In high demand as an internet explainer, she gives lectures on “the portal,” as she calls it, to audiences around the world. The novel is divided cleanly in two. In the first half, we’re plunged into the continuous, looping scroll of the narrator’s days—waking up and immediately checking the portal, trying to turn into “a single eye that scanned a single piece of writing.” In the second, a family tragedy wrenches the narrator and reader alike back into the real world.

It would be a mistake to read this two-part division as a makeover-style “before and after,” where the extremely online before is unequivocally bad and the extremely offline after is unequivocally good. Instead, Lockwood plays the two parts against each other to show that while online life is not complete when it’s divorced from unironic physical existence, real life—and how we celebrate it, remember it, or grieve the loss of it—is now indelibly linked to our experience of the portal.

There’s no end to this avalanche, only ever-accumulating content.
sharetweet

“I thought the novel ought to be written in the mode of the time, and the fragmentary and the autofictional are the modes of the time,” Lockwood has said of No One Is Talking About This. But Lockwood was well placed to become the best (and funniest) guide to the internet long before writing autofiction about your troubled relationship with Twitter became popular. When her parents told her that they had no money to pay for college, Lockwood moved into an abandoned convent, where she found refuge on the internet, “a place of living, moving, breathing text, a book that continually wrote itself,” as she writes in her memoir, Priestdaddy. (Her father is one of the few married Catholic priests in the United States, and she grew up in various rectories across the Midwest.) She met her husband, Jason, on a poetry message board; it’s also where her nascent writing career took off. Even as she was sending poems to literary magazines, tweets of hers like “.@parisreview So is Paris any good or not” were going viral.

Lockwood’s internet is similar to the one that the narrator of No One Is Talking About This inhabits, both in its inherent weirdness and in her relationship with it, which the narrator describes as a “metastasis of the word next, the word more.” She begins her days by submitting to “an avalanche of details” from the portal:

Pictures of breakfasts in Patagonia, a girl applying her foundation with a hard-boiled egg, a shiba inu in Japan leaping from paw to paw to greet its owner, ghostly pale women posting pictures of their bruises—the world pressing closer and closer, the spiderweb of human connection grown so thick it was almost a shimmering and solid silk, and the day still not opening to her.

Lockwood has a poet’s eye for detail, and a keen sense of the way those details, both mundane and profound, can overwhelm when relentlessly presented on the portal. There’s no end to this avalanche, only ever-accumulating content. The more the narrator throws herself into the internet, the faster things speed up, shedding any sense of time, proportion, and context in the process. The first half of No One Is Talking About This doesn’t have much of a plot; time for the narrator is meaningless, determined not by the rhythm of her day, but that of the portal’s. “On a slow news day, we hung suspended from meathooks, dangling over the abyss. On a fast news day, it was like we had swallowed all of NASCAR and were about to crash into the wall. Either way, it felt like something a dude named Randy was in charge of.”

If the internet is the communal mind, to borrow the title of Lockwood’s speech, then for the narrator, the 2016 election marks a turning point in our collective consciousness. Before, it was possible to remember the internet as it had first been, “in its childhood, a place of play.” Now “it had become the place where we sounded like each other.” Suddenly, everything in this once-familiar landscape is politicized in a whiplash way that even (or especially) the extremely online narrator struggles to follow. Her more-or-less sincere attempts at political engagement have an edge of social satire: she acquires class consciousness (it makes “something in the back of her head hurt”) and attends a therapy session to learn how to hate the police (she concludes that her therapist is more radical than she is). The closest thing to real-life political engagement is when the narrator’s husband decides to protest the election by getting a face tattoo (“the words STOP IT in very small letters right near his hairline, where they could hardly be seen”).

The fevered post-election internet landscape, coupled with the narrator’s frequent travels for speaking engagements, contribute to the paradox at the heart of the first half of No One Is Talking About This: even as she is relied upon to interpret the internet to outsiders, the portal is growing unfamiliar to her. At one point the narrator describes her ritual for untethering herself from the portal after a long day spent scrolling: “google beautiful brown pictures of roast chickens—maybe because that’s what women used to do with their days.” It’s funny, even as it reveals the degree of alienation the narrator feels from her actual life. Googling, not cooking, dinner will have to suffice.

The narrator goes silent on the portal, recognizing that this is too big, too messy, too human to share, even on platforms designed for oversharing.
sharetweet

This frictionless existence comes to an abrupt halt when she receives a text from her mother during one of her trips abroad. The narrator’s younger sister is pregnant and something has gone wrong. The baby’s head is growing at an accelerated rate, and she is diagnosed in utero with Proteus syndrome, a rare genetic condition. She is expected to survive for only a short time, if she survives at all. Pregnancy is now life-threatening for the sister; a new law in her state makes it a felony to induce labor before thirty-seven weeks. For the narrator, politics is suddenly heart-stoppingly personal. Miraculously, both the baby and the sister live—but the narrator goes silent on the portal, recognizing that this is too big, too messy, too human to share, even on platforms designed for oversharing. “You averted your eyes from the ones who were in mad grief,” she thinks, “whose mouths were open like caves with ancient paintings inside.”

At the same time, the portal is inadequate for expressing the joy and delight the narrator and her family take in the baby. “It was a marvel how cleanly and completely this lifted her out of the stream of regular life,” she thinks of her niece. “She wanted to stop people on the street and say, ‘Do you know about this? You should know about this. No one is talking about this!’” Time for the narrator is still fragmented and dislocated—only now its pieces are the necessary physical tasks of caring for her sister and the baby.

But the communal mind is still there, “present as a living thing.” Disconnected from the portal, the narrator and even her less-online family continue to use its language to try to make sense of the complicated nature of their situation, resorting at times to darkly ironic humor. (“No one is talking about this” can be read either as a rallying cry for appreciating real life or as a Twitter in-joke, a phrase people use, either unironically or with mock outrage, to call attention to something people are usually already talking about.) The baby is an “open cloud,” and when their family speaks to her, their voices are “contentless entirely except for love.”

Her niece’s diagnosis also forces the narrator to confront the difference between loss online and loss in the real world. The internet conditions you to the ephemeral, especially for people like the narrator who make a living by tweeting. To venture something on the portal is to court loss again and again; your tweet or post, with rare exception, will most likely be buried by an anonymous algorithm, gone without anyone taking notice. So what does it mean, the narrator wonders, that she’s famous for a tweet that teenagers will remember “instead of the date of the Treaty of Versailles,” but no one will know about the most real thing in her life, her niece?

No One Is Talking About This
A Novel
Patricia Lockwood
Riverhead Books
224 pp. | $25