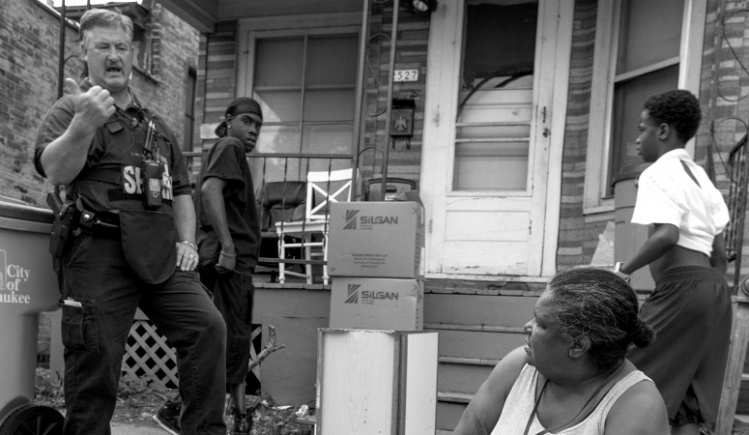 Republican presidential candidate Donald Trump spoke for many in his party when he argued that Americans near the bottom of the income scale shouldn’t demand more pay. Responding to a question about a potential $15 minimum wage, Trump replied, “Taxes too high, wages too high.... We’re not going to be able to compete against the world. I hate to say it, but we have to leave it the way it is. People have to go out, they have to work really hard and they have to get into that upper stratum.”

Trump’s remarks encapsulated standard GOP thought on the matter, according to which the central problem in today’s economy is that certain people have become too expensive. They demand too much in wages, housing, and health care. Coddled by food stamps and housing subsidies, they refuse to take low-paying jobs. Wealthy owners and managers are the ultimate arbiters of value. They can recognize valuable labor and will pay for it. If significant numbers of people remain unemployed, it’s because they have assigned too high a value to their own abilities. Once low-productivity workers realize the sobering truth of their own low value, the market for labor will clear. Moreover, reduced wages won’t leave them starving or homeless, because a decline in the purchasing power of the poor will have a salutary, deflationary effect on the price of staples. If the poor can’t afford housing, rents will decline. Knock out food stamps, and meal costs have nowhere to go but down.

Numerous books have exposed these ideas as morally bankrupt and factually questionable. We can now add to their ranks Matthew Desmond’s Evicted: Poverty and Profit in the American City. Desmond lived in some of Milwaukee’s poorest communities for years, slowly gaining the trust of the families whose struggles his book chronicles. He also compiled data on evictions across the United States, uncovering a pattern of exclusion and expulsion that statistically supports the compelling narrative of Evicted.

Desmond explains the grubby mechanics of exploitation at the bottom end of the housing market. A trailer-park owner offers some of his down-and-out residents free trailers, which sounds great—until one realizes that their main expense is the “ground rent,” towing expenses are about $1,500, and setting it up elsewhere could set them back another $3,000. Living paycheck to paycheck, the families’ chance to exit the trailer park with a mobile home is illusory. But as new trailer “owners,” they’re suddenly responsible for the maintenance and upkeep of their property. In this nightmare version of George W. Bush’s “ownership society,” homesteading is just another word for something more to lose.

The law also amplifies the power of landlords outside the trailer park. Yes, there are some tenant-friendly laws on the books in Wisconsin, but the very poor tenants Desmond focuses on are almost always behind on the rent, or in violation of the lease in some other way—for example, sheltering friends not officially approved by the landlord. So if the tenants ever complain too strenuously about roaches, lead, mold, broken walls or ceilings (problems endemic in the low-quality housing stock of low-income urban neighborhoods), the landlord can easily turn around and evict them.

Desmond chillingly describes the interaction between one tenant (Patrice) and her landlord (Sherrena). After renting Patrice a filthy unit, Sherrena “promised” to fix it up. But the sink backed up for two months. There was a lasting hole in the wall. The door came off its hinges.

“I’m gonna get an attorney and sue you!” Patrice shouted.

“Go ahead.” Sherrena laughed. “But my money is longer than yours.”

And so it goes: Patrice withheld rent, Sherrena disputed the withholding, and unceremoniously kicked her out. The “movers” in these situations even have a special term for what happens when the evicted tenant can’t afford to pay to get their belongings to another residence. “Curbside special!” they yell, swiftly dispatching sofas, beds, and clothing to yard, sidewalk, or street.

DESMOND DESCRIBES the landlords’ and tenants’ circumstances with a novelistic precision and a social worker’s empathy. He does not insert himself into the narrative until the book’s closing “methods” section. Nor does he succumb to easy moralizing. Many of the poor tenants make poor choices. One of the landlords (Sherrena) comes across as someone who has—as Trump puts it—“worked really hard” to “get into that upper stratum.” An aspiring real-estate mogul, she picked up properties at the rate of about one per month, cultivated contacts at social-service agencies to lure the troubled to her apartments, and dispatched unreliable tenants with ruthless efficiency. How many great fortunes in New York or London originated with similar characters, methodically buying up property on the cheap until the miracle of gentrification transformed cheap land into a rapidly appreciating asset?

Desmond also reveals the financial pressures behind decisions like Sherrena’s to evict a family with children a few days before Christmas. She has to pay the mortgages on her properties, and their sometimes unconventional financing comes with high interest rates. So rents go up and up, consuming 60, 70, and even 80 percent of poor families’ incomes. One single mother has only $20 a month to spend on her sons after paying for their apartment. The brutal mathematics of poverty condemn families reliant on stingy public assistance (or precarious shift work) to humiliating or impoverishing choices. Keep paying rent, but rely on a payday loan for food; miss rent, and pray that the landlord won’t immediately begin eviction proceedings; or beg friends and relatives for a few hundred dollars to keep playing what’s obviously a losing game, if only for a few more months.

While Evicted has been universally embraced by establishment academics like Robert Putnam, its implications are more radical than most acknowledge. As with education and health care, the American approach to subsidizing housing for the poor is a crazy quilt of federal, state, and local programs, each with its own unique and complicated rules. One cannot read Evicted and conclude that a few technocratic tweaks, embedded in some meliorist plan for improving the housing market, will suitably address the growing crisis of unstable and inadequate housing. Desmond insists that housing ought to be a right, and that formulation demands a larger framework of subsidies and price controls far beyond the imagination of most contemporary politicians. But one can hope that the well-deserved publicity and praise Desmond has earned for this impressive book can put his voice nearer the center of debates on the future of housing policy, where it certainly belongs.