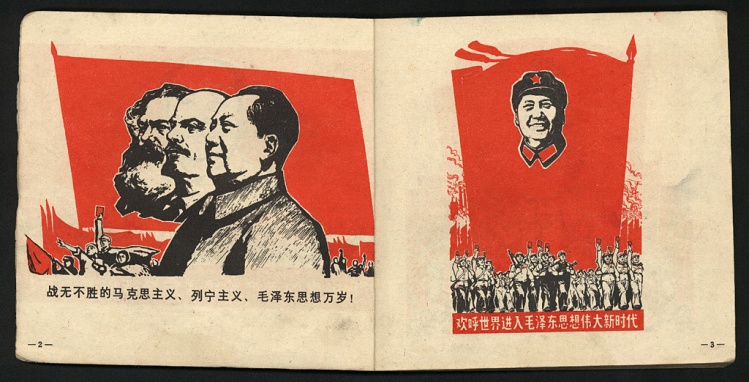 Nicholas Haggerty: What’s the standard view of the Cultural Revolution in China?

Yiju Huang: In China, the Cultural Revolution is understood as a decade of chaos, but also there was a hasty attempt to bring a sense of closure. Although Mao’s image was tarnished, his legacy is also salvaged—‘he was misguided by the scapegoat figures of the ‘Gang of Four,’ but now that the dust has settled, we can move forward.’

From my perspective, however, there still linger a number of ghosts. The crimes that were committed in the utopian name of the greater good have not been properly worked through.

NH: The two theories that are taught in American college classrooms are that the Cultural Revolution was Mao's Machiavellian scheme to regain the power he had lost after the Great Leap Forward by mobilizing the populations with which he was popular and/or the result of Mao’s sincere concern that the revolution was dying. What do you think of these perspectives?

YH: These two accounts are not contradictory. The latter though is more of a political understanding that can be traced back to the intense global interest in the Chinese Cultural Revolution in the 1960s and 70s. The Parisian intelligentsia’s profound infatuation with Maoism comes to mind here. Maoism represented an alternative path not only from the universality of the capitalist mode of history but also from the ossified fate of Stalinist Russia.

NH: Do you think there is any legacy that can be salvaged?

YH: That’s a really hard question. We should certainly engage with the legacies—the multiple and often contending meanings—of the Cultural Revolution from theoretical, historical, political and psychological perspectives.

But I am doubtful of the kind of emancipatory “spirit” that can be, or should be, salvaged from this violent period. For Alain Badiou, the Chinese Cultural Revolution echoed the Paris Commune and was a necessary political event in dissolving the centralized state apparatus and saturating the party-state. I find such total description of revolutionary stages and the massive violence it tolerates very disquieting.

In my view, the work of mourning should come first before one can begin to imagine the revival of an emancipatory legacy. In other words, you have to—to invoke Derrida here—introduce a psychoanalytic element to the political realm.

NH: It’s not only intellectuals in the West or those associated with China’s New Left, however, who are trying to salvage something here. Tens of thousands of people make pilgrimage to Mao’s birth village and the caves in Yanan where he was based in the 1930s. If those left behind by the current economy in China are inspired by the legacy of Mao Zedong, is there anything wrong with that?

YH: You raise a very interesting question. Cultural Revolution scholars have done important work on mass politics. Yiching Wu [author of the recently published book, The Cultural Revolution at the Margins: Chinese Socialism in Crisis], for instance, is not interested in Mao or the power struggles at the top of the regime, but rather the local developments, or the gap between the intention of the leadership and grass-root mass democracy. He thinks the legacies of the Cultural Revolution are a kind of anti-bureaucratic stance that it encouraged and a greater sense of politicized agency.

NH: Why do you think, then, that there is interest among intellectuals in China and abroad in salvaging something from the Cultural Revolution?

YH: Discontent with the present—a desire to find an alternative path from the global structure. It’s a growth out of a critical desire to engage with past to find a belated answer.

NH: Some historians, like Maurice Meisner, take the "long view" towards the Chinese revolution, and place their analytical focus on 1949 rather than events of the 1960s. Between 1949, when the Communists took power, and 1976, when Mao died, life expectancy rose tremendously, literacy rates rose tremendously, which these historians argue provided the groundwork for China’s economic miracle.

YH: We must question this premise of the legitimacy of development. This long view is in fact part of the Hegelian–Marxian system of dialectics and progression, which I don't necessarily agree with. Who are the agents within this totalistic narrative? Who are the outcasts or scapegoats during this triumphant progressive sequence? Can the logic of development justify human loss, grief and suffering?

NH:  Your book deals with this suffering as expressed in the aesthetic afterlives of the Cultural Revolution. What is your project in your book?

YH: I want to glance backward at this period of history through its afterlives and trace via art how present China is haunted by unworked-through pasts.

NH: Reading the Cultural Revolution through the art produced afterwards, what did you find?

YH: A sense of indeterminacy. I’m trying to show that between Mao and market, there is continuity, rather than rupture. There is questioning of the project of development, and a melancholic dwelling on history.

This interview has been edited for length and clarity.