Commonweal Panels & Discussions
By The Editors 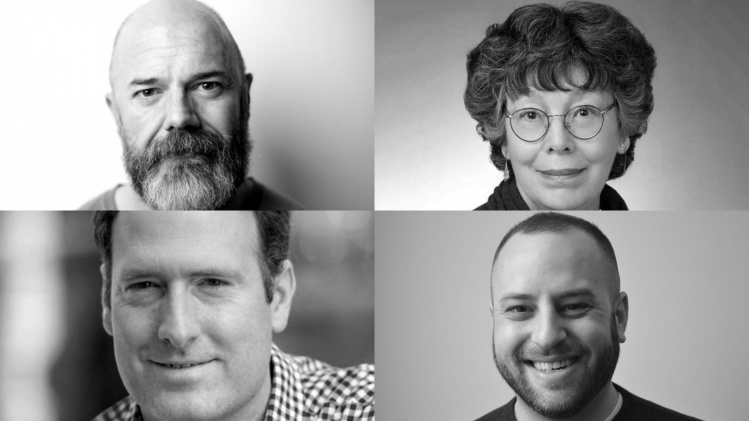 “Catholics and Politics in the Age of Trump,” featuring Andrew Sullivan, Leslie Tentler, and John Gehring, moderated by Matthew Sitman

We have a number of Commonweal and Commonweal-related events to draw your attention to, some to be held in the days ahead and another recently concluded (but available to watch on CSPAN’s Book TV).

On Wednesday, April 19, award-winning author and Commonweal contributing editor Rand Richards Cooper will deliver Fairfield University’s 11th Annual Commonweal Lecture, entitled “Confessions of a Catholic Interloper: From Sister Thomasina to Martin Scorsese.” Cooper will discuss his exposure to Catholicism through Catholic school and through his work with Commonweal, offering insights into the complexities, the strengths, and majesty of American Catholicism, while referencing literature, film and cultural reference points. The lecture is free and open to the public.

On Saturday, April 29, Commonweal editor Paul Baumann and digital editor Dominic Preziosi will be featured at the Future of the Catholic Literary Imagination Conference at Fordham University’s Lincoln Center campus. They’ll be talking about the role of magazines and publishers in curating the Catholic imagination, along with Matt Malone and Keri Weber of America, on a panel moderated by contributor and former Commonweal editor Margaret O’Brien Steinfels. A number of regular Commonweal contributors will also be speaking at the conference, which begins April 27, including Anthony Domestico, Paul Elie, Paul Lakeland Alice McDermott, and Peter Quinn. More information, including the full program of panels and speakers, is available here.

On Monday, May 1, Commonweal associate editor Matthew Sitman will be moderating “Catholics and Politics in the Age of Trump,” a panel discussion at Georgetown University featuring Andrew Sullivan, New York magazine contributor and former editor of The Dish; John Gehring, Catholic programmer at Faith in Public Life and Commonweal contributing editor; and Leslie Tentler, professor emerita of American Catholic history at Catholic University. The discussion gets underway at 6 p.m. and will be followed by a reception. Get more information here, and if you can’t join us in person, make a note of the link: It’s also where we’ll be live-streaming the proceedings.

And, in case you missed it: Commonweal assistant digital editor Maria Bowler recently talked with Phoebe Bovy, author of The Perils of “Privilege": Why Injustice Can’t Be Solved by Accusing Others of Advantage, at Book Culture in New York. The event, organized by the weal and introduced by associate editor Matthew Sitman, was also covered by CSPAN’s Book TV; watch the full video here.