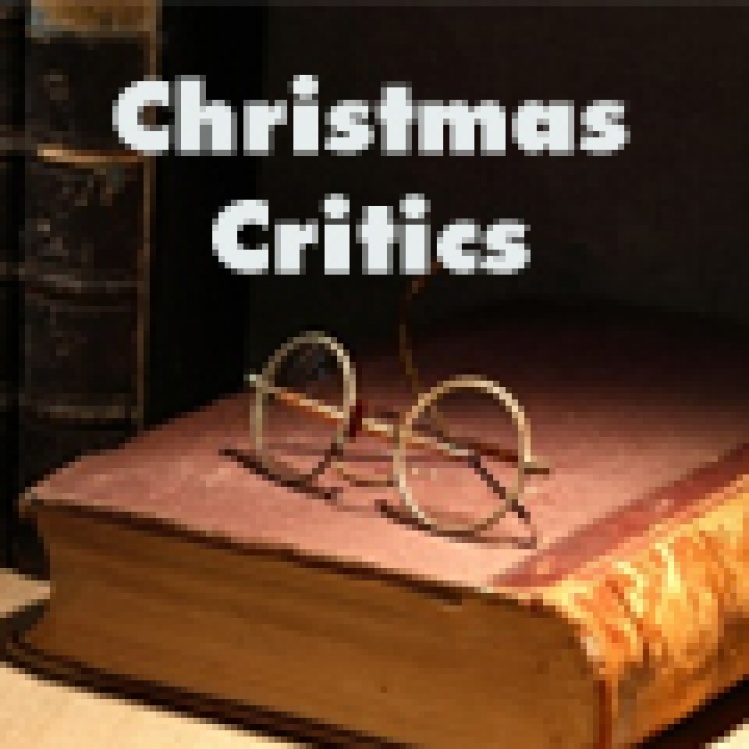 One of the joys of having so many friends and family members who are writers is living in a house bursting with books. They arrive in waves from publishers seeking reviews; as gifts from their authors; they grow like mushrooms—and I love mushrooms!—in the corners of every room. Tempted as I am to recommend those I give as presents year after year (such as Marilynne Robinson’s Gilead, Robert Ellsberg’s All Saints, Ronald Rolheiser’s The Holy Longing), I’ll offer instead some very recent books that have already earned a home on our bookshelf.

In The Evolving God: Charles Darwin on the Naturalness of Religion (Bloomsbury, $29.95, 192 pp.), J. David Pleins provides a new understanding not only of Charles Darwin, but also of the relationship between science and religion.

In contrast to Richard Dawkins and others who have portrayed Darwin as one who simply lost his faith in the course of his scientific research, and who use him as a “sledgehammer to beat religion,” Pleins offers a nuanced view. Darwin continued to struggle throughout his life with theological questions, complicated by his growing awareness that “evolution was not just about physical forms but had religious and moral trajectories.” Pleins traces this development—one might say evolution—in Darwin’s thought through close (and impressively documented) readings of his writings, from his diaries aboard the Beagle to his late letters, and through accounts of the domestic and public debates over Darwin’s ideas.

It is both touching and intriguing to read that Darwin’s only regret toward the end of his life, what he called his “great sin,” was that he had failed to do “more direct good to my fellow-creatures.”

Christopher Davis’s novel The Conduct of Saints (Permanent Press, $28, 272 pp.) takes place in 1945 in recently liberated Rome, “a whore of a city, capable of anything.” It’s thick with the atmosphere of the time and place, from the oppressive opulence of Vatican interiors to the starving children begging outside the walls, a place where cigarettes, sex, and information are valuable barter, where memories are open wounds.

American Msgr. Brendan Doherty, a Greene-style whisky priest with a tendency to go rogue in the pursuit of justice, is instructed by Pius XII to “reassure those who hesitate” about Alessandro Serenelli’s claim that the child he had murdered, Maria Goretti, had come into his dreams to forgive and heal him. Brendan’s unofficial and quixotic mission is to save the life and the soul of the murderous fascist Pietro Koch. Both investigations cause dark events in his own past to resurface through drink, and prayer.

As Davis’s fictional and historical characters navigate this moral morass, there are no saints, just survivors, if they are lucky. Brendan’s advice to Koch serves for all: “To be heard in heaven we must be without what men call dignity.”

Tom Kizzia’s Pilgrim’s Wilderness: A True Story of Faith and Madness on the Alaska Frontier (Crown Publishers, $25, 292 pp.) would strain credulity if it were a novel and not a thoughtful, carefully documented account of Papa Pilgrim, who sought in remote McCarthy, Alaska, freedom from the constraints and distractions of modern life. A staunch believer in the literal truth of the Bible, he declared that he and his family would “live by faith until the Lord returns.”

Pilgrim headed a family operation that produced its own goat milk, hunted bears, and made creative use of any available piece of machinery. His fifteen children borne by Mama Country Rose were charming, strikingly well-behaved, excellent musicians. They were also illiterate and subject to beatings and sexual predation, which Pilgrim justified by reference to Scripture.

It wasn’t long before Pilgrim took on local and park-service authorities, and long-simmering conflicts between pioneers and environmentalists emerged. As he pursues the story to its dramatic conclusion, Kizzia unearths a bizarre history. For anyone who has come under the sinister influence of a powerful spiritual leader, a prophet in his own mind, this tale will be chillingly familiar.

In Julian’s Gospel: Illuminating the Life and Revelations of Julian of Norwich (Orbis, $38, 656 pp.) Veronica Mary Rolf illuminates “a woman’s version of the gospel…. Julian’s own very personal story of seeing and hearing and coming to understand the living, dying, and risen presence of Jesus Christ.”

Julian’s revelations, written to draw fellow Christians into a shared experience of God’s love, were, like Julian herself, little known until the twentieth century. Rolf explores Julian’s world to find out who she was and to better understand her writings. This book is a piece of prodigious scholarship on the world of medieval Norwich—a place of war, plague, natural disaster, and simmering heresy—as well as the life available to a woman such as Julian, how she would have come to maturity, the role she’d have played in her family, her religious belief and practice.

Rolf then brings her knowledge of Julian’s circumstances to bear on the revelations themselves in order to “illuminate the eventual transformation of the visionary by the vision.” Through Rolf’s rich meditations on Julian’s revelations, readers are drawn into our own engagement with these lessons of God’s love.