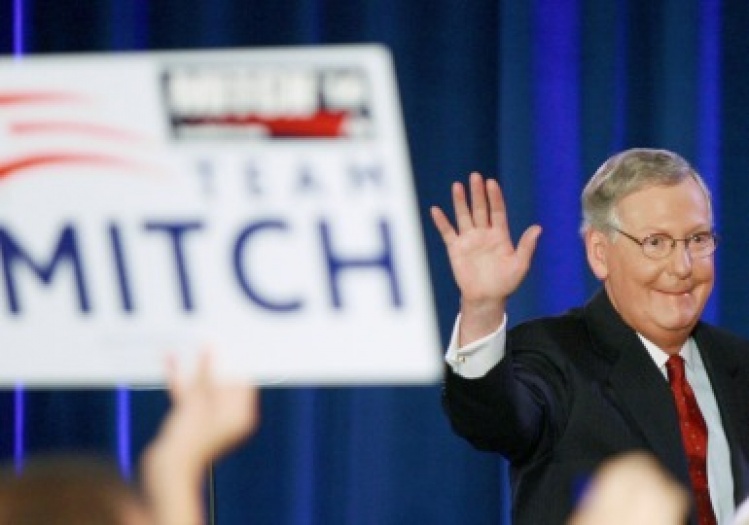 When high-mindedness collides with reality, reality usually wins. Remember this when you hear talk of making the next two years a miracle of bipartisan comity.

Begin by being skeptical of the lists of what President Obama and the now Republican-controlled Congress should “obviously” agree on. Notice that liberal lists (including mine) start with immigration and sentencing reform while conservative lists focus on free trade and tax reform. Surprise! The election changed no one’s priorities.

And don’t be fooled by anyone who pretends that the 2016 election isn’t at the top of everyone’s calculations.

With Washington now so deeply divided philosophically, each side is primarily interested in creating a future government more congenial to getting what they want. Republicans want to win total power two years from now; Democrats want to hang on to the presidency and take back the Senate.

Therefore, don’t misread the internal Republican debate. It is not a fight between pristine souls who just want to show they can govern and fierce ideologues who want to keep fighting. Both GOP camps want to strengthen the conservatives’ hand for 2016. They differ on how best to accomplish this.

The pro-governing Republicans favor a “first do no harm” approach. Thus did incoming Senate Majority Leader Mitch McConnell wisely rule out government shutdowns and debt-ceiling brinkmanship. He’s happy to work with Obama on trade because doing so advances a free market goal the GOP believes in -- and because a trade battle would explode the Democratic coalition. For Republicans, what’s not to like?

The more militant conservatives are more candid about the real objective, which is “building the case for Republican governance after 2016.” Those words come from a must-read editorial in National Review.

“A prove-you-can-govern strategy will inevitably divide the party on the same tea-party-vs.-establishment lines that Republicans have just succeeded in overcoming,” the magazine argued. Also: “If voters come to believe that a Republican Congress and a Democratic president are doing a fine job of governing together, why wouldn’t they vote to continue the arrangement in 2016?”

In other words: spending two more years making Obama look bad should remain the GOP’s central goal, lest Republicans make the whole country ready for Hillary. This is the prevailing view among conservatives. McConnell’s main argument with Sen. Ted Cruz, R-Texas, and his followers is not about ends but means. McConnell is no less focused than Cruz on bringing down Obama and discrediting Democratic governance, but McConnell needs to be more subtle about it.

Where does this leave Obama and the Democrats? The first to-do item on Obama’s list must be to repair his currently abysmal relations with his own party on Capitol Hill. He will need his party as the GOP goes after him in one “investigative” hearing after another. He also needs them if he goes ahead, as he should, with executive orders on immigration reform.

Obama has already drawn a red line on immigration from which there is no easy retreat. And exit polls explain why Republicans, particularly House Speaker John Boehner, have little reason to act before Obama’s gone.

Overall, 57 percent of voters favored granting illegal immigrants “a chance to apply for legal status,” while 39 percent preferred deporting them. But those who favored deportation voted for Republican House candidates by better than three-to-one. Boehner won’t risk alienating this loyal group. Better for Obama to pick a fight in which he is taking action than to give way to passivity and powerlessness.

In the end, Obama needs to govern as best he can even as he and his allies prepare for the longer struggle.

Democrats were tongue-tied about economics in the campaign. They avoided highlighting the substantial achievements of the Obama years for fear that doing so would make them seem out of touch to voters whose wages are stagnating. But neither did Democrats come up with plausible answers and policies to win over these voters. They lost both ways.

A Democratic Party paralyzed on economics won’t deserve to prevail. The president and his party -- including Hillary Clinton -- must find a way of touting their stewardship while advancing a bold but realistic agenda that meets the demands of Americans who are still hurting. This encompasses not only defending government’s role in achieving shared growth but also, as Obama suggested Friday, restoring faith in how government works.

Solving the country’s economic riddle would be a much better use of their time than investing in the fantasy that McConnell and Boehner will try to make Obama look good.