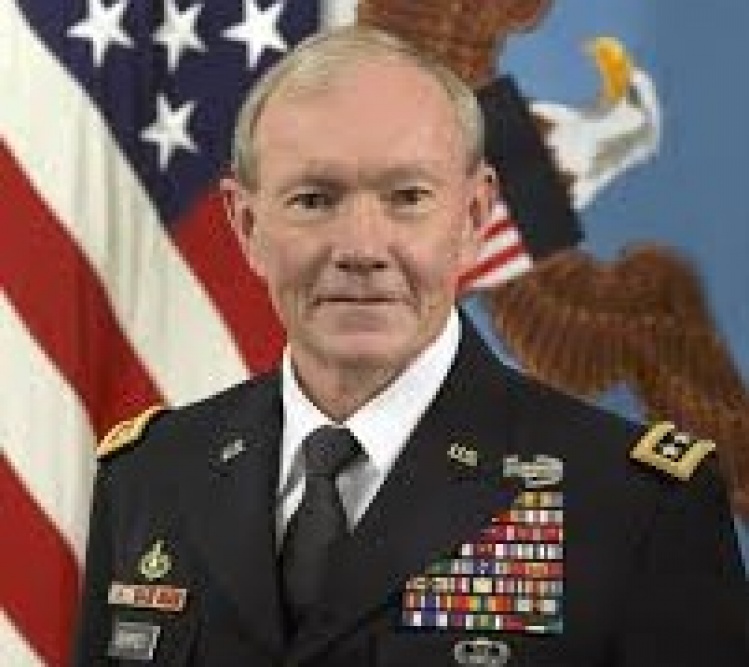 General Martin Dempsey, head of the Pentagon's Joint Chiefs, has seemed to me a prudent and cautious observer when it comes to U.S. military action. His recent calls for more special forces in Iraq seemed ahead of President Obama on the issue, though on Friday the White House announced more boots on the ground (as advisors).  So I was taken aback with General Dempsey's remarks at a recent presentation at the Carnegie Council for Ethics in International Affairs.

He commended the Israeli Defense Forces on the measures they took to protect civilians in the attacks on Gaza. Between 2,100 and 2,200 Gazans were killed (513 were children) and between 10,000 and 11,000 were wounded. (the UN calculates that 70-75 percent were civilians; Israel says 50 percent). Still a lot of people were killed or wounded.

Dempsey goes on to say that he has sent a team of U.S. military to study "lessons learned" on the IDF's protection of civilians living in Gaza. The concluding sentence: "...I can say to you with confidence that I think [the IDF] acted responsibility—although I think Human Rights Watch just published a report that there were civilian casualties. And that's tragic, but I think the IDF did what they could.

What lessons will the U.S. military learn? Stay tuned. General Dempseys' full remarks after the break; the whole transcript of his conversation here.

QUESTION: I'm James Starkman. General Dempsey, thank you so much for your service to the country.

How would you evaluate the ethical conduct of the recent war by Israel against its opponents? It seems to me from all I've read that extraordinary measures were taken to limit civilian casualties in that operation. I just wanted to know what your evaluation was.

MARTIN DEMPSEY: Nothing like a softball right off the top. [Laughter]

The reason I say that is, early on in my tenure as chairman, for some reason—to this day, I can't figure it out—I was portrayed as being anti-Israel in my advice. It was shocking, because the chief of the Israeli Defense Forces (IDF), Benny Gantz and his wife, Revi, are probably Deanie's and my closest friends in the international world.

Now that you've asked me that question, I'd better be sharp with my answer, or I'll be right back in the timeout chair.

I actually do think that Israel went to extraordinary lengths to limit collateral damage, ensuing casualties. In fact, about three months ago, we asked Benny if we could send a lessons-learned team. One of the things we do better than anybody, I think, is learn. We sent a team of senior officers and noncommissioned officers over to work with the IDF to get the lessons from that particular operation in Gaza, to include the measures they took to prevent civilian casualties and what they did with tunneling. Hamas had become very nearly a subterranean society. That caused the IDF some significant challenges.

But they did some extraordinary things to try to limit civilian casualties, to include making it known that they were going to destroy a particular structure. They even developed some techniques to—they called it roof-knocking, to have something knock on the roof. They would display leaflets to warn the citizens and population to move away from where these tunnels were.

Look, in this kind of conflict, where you are held to a standard that your enemy is not held to, you're going to be criticized for civilian casualties. I think if Benny were sitting here right now, he would say to you, "We did everything we could. Now we've learned from that mission, and we think there are some other things we could do in the future, and we'll do those."

The IDF is not interested in creating civilian casualties. They are interested in stopping the shooting of rockets and missiles out of the Gaza Strip and into Israel. It's an incredibly difficult environment.

But I can say you to with confidence that I think they acted responsibility—although I think Human Rights Watch just published a report that there were civilian casualties. And that's tragic, but I think the IDF did what they could.