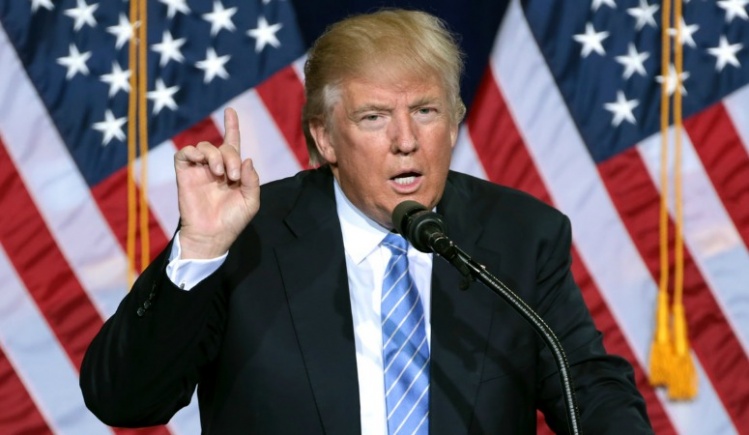 Even Donald Trump is capable of posing interesting questions, and he asked one of this election's most important when he declared: "What the hell do you have to lose?"

He was specifically addressing his query to African-Americans, but it's something all Americans should think about. And the latest report on incomes released Tuesday by the Census Bureau suggests that the vast majority of Americans, including African-Americans, have a great deal to lose if the progress the country has made since we began our recovery from the Great Recession is endangered by a candidate whose policies are, depending on the day, quite radical, entirely unpredictable, or simply incoherent.

It was a bonus for Hillary Clinton that the Census report appeared on the same day that President Obama offered a passionate and entertaining plea for her election in Philadelphia. Who could blame him for noting that "across every age, every race in America, incomes rose and the poverty rate fell," that "the typical household income of Americans rose by $2,800, which is the single biggest one-year increase on record" and that 3.5 million people were lifted out of poverty, "the largest one-year drop in poverty since 1968"?

He wasn't exaggerating. The median household income hit $56,516 in 2015, an increase in real terms of 5.2 percent from 2014, and the gains of Americans with lower incomes were bigger than those of the well-to-do. We have a long way to go to ease our inequality problems, but we haven't seen broadly shared income growth like this since the late 1990s when, as Clinton would point out, her husband was president.

One of the big lessons is that driving down unemployment rates increases the bargaining power of wage earners. But some of the good news was the result of specific government policies.

The proportion of the population that lacks health insurance is now down to 9.1 percent. Did Obamacare have something to do with this? We are conducting an experiment (at the expense, shamefully, of lower-income Americans) that allows us to answer this question. In states that fully adopted Obamacare, meaning that they expanded Medicaid, the proportion of uninsured stood at 7.2 percent. In states that refused the Medicaid expansion, the uninsured percentage stood at 12.3 percent.

Of course Obamacare can use repairs and improvements, as Obama and Clinton have both said. But the repeal crowd (including Trump) threatens to throw millions of our fellow citizens off health insurance again. Those Americans have a hell of a lot to lose.

The standard rap from the right is that government programs don't ease poverty. Oh yeah? As Jason Furman and his colleagues at the President's Council of Economic Advisers pointed out, redistributive measures such as the Earned Income Tax Credit and the Child Tax Credit lifted 4.8 million children out of poverty. Those children also have a hell of a lot to lose if such benefits were trimmed—and more families could be helped if they were expanded.

And let's go back to the big income gains among the 40 percent of Americans who earn the least. In the case of the poorest 10th of the population, incomes were up by 7.9 percent. It's too early to know the full effect of big state and local increases in the minimum wage, but both Furman and Robert Greenstein, president of the Center on Budget and Policy Priorities, pointed to minimum wage hikes as a factor in rising incomes among the less well-paid. Again: government policies matter.

This campaign has been one large collection of diversions and sweeping claims about the country, in Trump's words, being "a hellhole, and we're going down fast."

Actually, we're neither a "hellhole," nor are we "going down fast." On the contrary, the good statisticians of the Census Bureau have painted an accurate picture of a nation that is getting better but still has more work to do. Should blue-collar voters risk blowing the gains by taking a flyer on Trump? Obama had something useful to say about this on Tuesday: "He spent most of his life trying to stay as far away from working people as he could. And now this guy is going to be the champion of working people? Huh?"

That "Huh?" may be the most eloquent word spoken about Trump all year.