‘Last Letter to a Reader’
By Jack Hanson
Books
Fiction 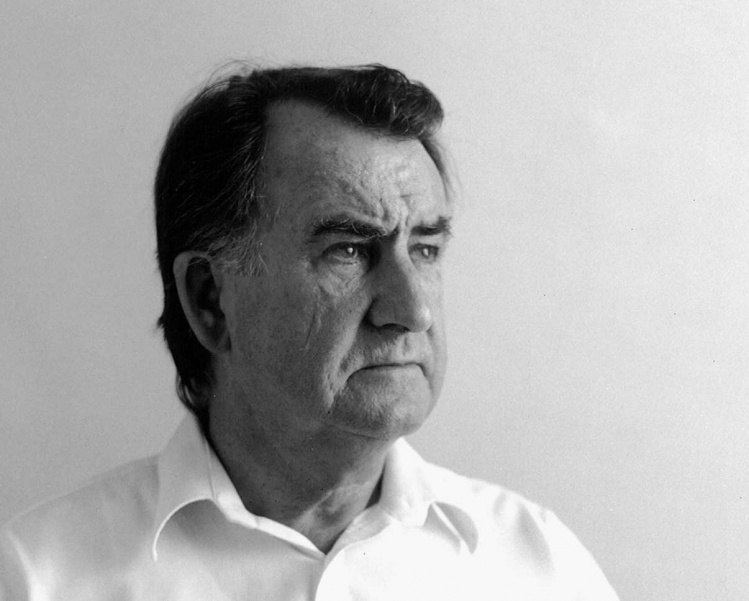 Near where I was raised, there is an island that was used as a training ground for amphibious campaigns during the Second World War. By the time I was born, the island had long since been claimed by the state parks service. It was only through public-education initiatives that I learned its full history—from its place in the geography and politics of indigenous peoples, to its use as farmland in the nineteenth century and its later wartime function, up to present-day conservation efforts focused on its modest but remarkable flora, fauna, and marine ecosystems. When I was growing up, my family would visit the island weekly, sometimes daily, for the usual summer recreation. The other children of this little community and I would roam the island’s thick woods, splashing through marshes and jumping down sand dunes. Together with the simple fun of childhood play, there was the added thrill of an overgrown airstrip, the frame of a Jeep rusted and contorted by time and the elements, a fence post older than the trees that surrounded it. From a certain vantage, I could observe the stack of sea, sand, trees, and sky, following the colors up toward the sun, where they disappeared and seeing clearly meant seeing nothing at all. It seemed to me that in this particular place, made special both by the stories people told about it and by forces beyond anyone’s control, time itself behaved differently, coiling back rather than leading forward.

The Australian writer Gerald Murnane has long held that time is an illusion, and that our experience is made up not of moments, but of the succession of places we’ve inhabited, each of which remains long after we’ve left it. His belief in this “secret dominance of place,” as he (or, rather, one of his unnamed narrators) once called it, has led him to an aesthetic vision at once beguilingly strange and familiar. His prose, though clean and approachable, bears the mystical aura of one who has not only seen things others have not, but has also seen common things in a way no one else has.

This revelatory aspect of Murnane’s “fictions” (he prefers this term to “novels” or “stories”) is not one of blinding light and sudden comprehension, but of journeys through increasingly well-lit landscapes. His real subject is fiction itself, which in his estimation allows access to places one can reach by no other means. The territory he writes about expands inward toward a mysterious center rather than outward. A paragraph will often double back to qualify or fill in a preceding observation: “Having written the previous paragraph, I now remember…” In Murnane’s hands these interpolations and revisions do not feel intrusive. Rather, they are part of an excavation disclosing ever-deeper layers of self-knowledge, reports from an interiority so particular it begins to seem universal.

Now, it would seem, no more reports will reach us—not, at least, while the reporter is still alive. With Last Letter to a Reader, Murnane has officially concluded his career as a writer for publication. It’s unclear what to make of this. Quitting writing, at least for publication, is a crucial part of the strange story of Murnane’s legendary career. Beginning with Tamarisk Row (1974), which is being reissued with Last Letter, Murnane published a series of novels written in an increasingly distinctive and self-possessed style, including his 1982 masterpiece, The Plains. His life has been as eccentric as his work. He has lived the whole of his eighty-two years in the state of Victoria, rarely leaving the greater Melbourne area until his 2009 move to the small border town of Goroke (population 299), where he occasionally tends bar at the local “men’s shed.” He is obsessed with horse racing and has an encyclopedic knowledge of the subject. He has never been on an airplane or worn sunglasses. Or so he says.

When Emerald Blue (1995) sold only six hundred copies, Murnane stopped publishing new work for a decade, returning in 2005 with the essay collection Invisible Yet Enduring Lilacs. It was not until 2009 that he published another novel, Barley Patch. Since then he has published more novels, essays, and a memoir of extraordinary quality. In 2018 the New York Times Magazine ran a profile of Murnane with the title: “Is the Next Nobel Laureate in Literature Tending Bar in a Dusty Australian Town?” The answer turned out to be no, but the point stands: Murnane has secured an international reputation with all his eccentricities and preoccupations intact. No better moment, then, to hang it all up. In the very brief foreword to Last Letter to a Reader, Murnane writes:

Nearly six years ago, when I had written the last of my poems for the collection Green Shadows and Other Poems, I felt sure that I could write nothing more for publication. I went on writing, of course, but only for my archives.

Murnane has secured an international reputation with all his eccentricities and preoccupations intact.
sharetweet

But with Covid lockdowns and a bit of cajoling from his publisher, Murnane embarked upon Last Letter. The book comprises a series of short essays on his own published work, beginning with Tamarisk Row and ending with Last Letter itself. Last call, says the provincial bartender. And yet, as the reference to his archives suggests, he plans to continue serving himself.

Murnane readers will know of the famous archives, a detailed catalog of which was first published in 2013 in Music & Literature: three separate sets of large filing cabinets in the author’s home, each containing an aspect of Murnane’s life. The first is his “chronological archive,” containing records and memorabilia, including old photos and keepsakes, reflections with titles like “Letter of 8,000 words to the Canadians” and “I’m a vengeful bastard!”, and an extensive collection of Magyar flash cards (he is a great lover of all things Hungarian.) The second archive is his “literary archive,” which houses early drafts, unpublished novels and stories, and notes for future work. Finally, and most intriguingly, there is what Murnane calls his “Antipodean archive,” his entirely private exploration—including manuscripts, maps, and geographical surveys—of two fictional islands he has named New Arcady and New Eden, together called the Antipodes.

He has made reference to these islands in his fiction, notably in 1995’s “The Interior of Gaaldine,” which recounts in Murnane’s distinctive first-person voice the narrator’s travel by sea to Tasmania to meet other writers for a tour of the country. Averse to travel, like Murnane himself, the narrator drinks endless “stubbies” of beer and flasks of vodka, eats only some fruit he has brought with him, and goes without sleep for well over twenty-four hours, despite comfortable accommodations and scant obligations. When he is finally able to sleep for a few hours, he is awoken by a mysterious woman who knocks on his door, enters without invitation, and foists upon him a manuscript, which she claims was written by an unnamed friend of hers. The narrator then summarizes the manuscript: a typically Murnanian character—solitary, outwardly average, with an inner-life so rich it makes deep engagement with the outer world altogether unappealing—tells the story of his own life and his invention of an island named New Arcadia. Toward the end of this summary, Murnane interjects:

A different sort of writer than myself might have wondered why the author of the pages in the briefcase had gone to such trouble to invent a duplication of what was already available to him: why should he have invented the racecourses of New Arcadia when he could have bought a racehorse for himself and watched it of a Saturday at Mowbray or Elwick. I have always been interested in what is usually called the world but only insofar as it provides me with evidence for the existence of another world. I have never written any piece of fiction with the simple purpose of understanding what I might call the real world. I have always written fiction in order to suggest to myself that another world exists.

It is worth noting that “The Interior of Gaaldine” appears in Emerald Blue, the last fiction Murnane published for nearly fifteen years. The chapter in Last Letter to a Reader devoted to this collection focuses almost entirely on this story, which Murnane had intended to be his farewell to fiction. “I believe today,” he writes, “that I was driven to write ‘The Interior of Gaaldine’ partly to reassure myself that my Antipodean Archive, as I mostly call it nowadays, is as worthy a task as the planning and writing of any of my published works.”

The drunken delirium of Murnane’s narrator, like the ecstasy of a child, leads directly to his unanticipated entrance into a world not simply parallel with his own, nor born out of it, but somehow intertwined with the stuff of his everyday experience. For want of a better term, Murnane calls this other world “his mind,” or simply “the Mind.” I might suggest “Spirit.” Whatever you call it, it is difficult not to be torn by his devotion to it. On the one hand, Murnane’s reports are those of a genuine explorer: with a strange mixture of single-mindedness and openness to surprise, his work persistently follows the singular capacities of language for both the discovery and the creation of worlds. On the other hand, one begins to wonder where all of this leads. Murnane already abandoned his readers once, in 1995. And now, after the second half of a career increasingly marked by self-reference—the author endlessly reflecting on his own utterances, even from one sentence to the next—Murnane is again retreating from the world. Of course, that doesn’t mean he will stop writing. The archives will grow, and when we finally enter into them, perhaps that will reveal a deeper communion, one that had been ongoing, however invisible.

Jack Hanson is a PhD candidate at Yale University. His writing has appeared recently in Artforum, the Baffler, Lapham’s Quarterly, and elsewhere. He lives in New York.