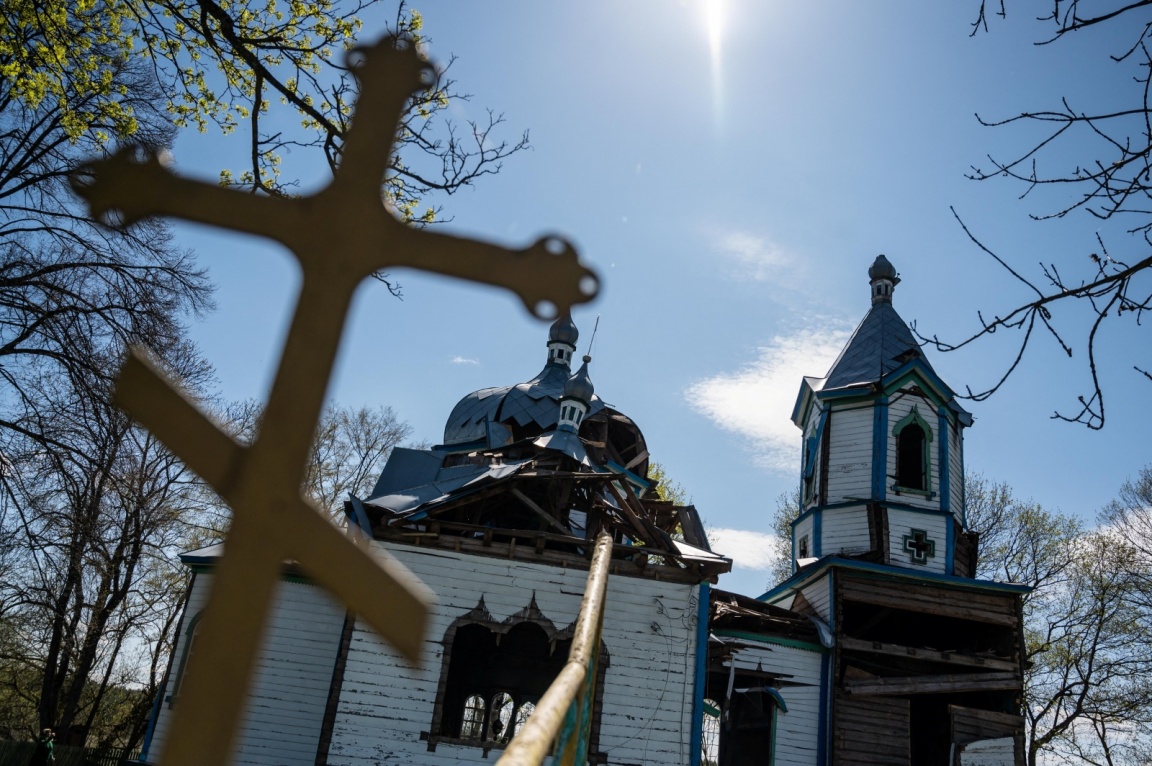 A nineteenth-century church damaged by a Russian rocket attack during the invasion of the Zhytomyr region of Ukraine, April 28, 2022 (CNS Photo/Viacheslav Ratynskyi, Reuters)

What makes one people fight to the end, while another falls apart and is swept away? What makes one country cohere, and another collapse? Culture, and people, and history—a combination of all those things. I deployed twice as an infantry officer to Afghanistan and lived in Ukraine for two years, and the question was, for me, a deeply personal one. Watching Afghanistan totter and fall in July of 2021, and watching Ukraine hold back a determined if haphazard Russian invasion in the winter and spring of 2022, the question took on a new urgency.

What is it about Ukraine?

Perhaps the first question that needs to be answered is: What wasn’t it about Afghanistan? It wasn’t cowardice on the part of Afghan soldiers—they fought hard and often under circumstances difficult for even Ukrainians to imagine. Yes, Afghans were fighting the Taliban, not the Russian Army; but what the Taliban lacked in artillery firepower, they made up for in craft, skill, and the ability to blend in with the local populace. Whereas Russia invaded Ukraine with arrogance and ignorance, the Taliban were prepared. They were clever foes, not to be underestimated. Afghanistan collapsed in just two weeks.

In purely military terms, the Taliban had been effective but not exceptional. Afghan’s military fought capably and bravely, too. Did it require the U.S. military for support? By 2021, perhaps it did. The ANSF (Afghan National Security Forces, their military and various police organizations) had grown accustomed to fighting the way the U.S. military fights; it had grown used to having air power. On the ground, its soldiers and officers were cousins and brothers of Taliban insurgents. The military will to resist had been tested in Afghanistan for years, and not found wanting.

But Afghanistan’s political leadership failed twice. First, it failed to see the true threat the Taliban posed: while Afghanistan’s government demonstrated a long-term inability or unwillingness to deliver services or representation to distant rural areas, the Taliban stepped into the breach. They were effective at cultivating loyalty, through both fear and partnerships. Second, the president of Afghanistan, Ashraf Ghani, did not see his own government as credible or tenable: he prematurely left a defensible Kabul and helped doom his country to destruction. He was not able to lead Afghanistan into a post-American prosperity. He now claims to have forestalled a far bloodier civil war than the one that had already taken place. Be that as it may, in the summer of 2021, the possibility of a peaceful and stable Afghanistan run along Western lines came to an abrupt end. Many Afghans fled the country, and it is unlikely they will ever see their homes again.

The summer of 2015 was hot in Mariupol. I had traveled there while writing about Ukraine’s experience of its war with Russia, then in its second year. Mariupol wasn’t a place I’d heard or read much about. But there was a unit that had recently been wrapped into the Ministry of Interior, the Azov Regiment, and I had access there through a couple of friends. Mariupol—or rather a suburb east of Mariupol—was the last stop on a train line running south from the border with Russia. It was a good place to see if one wanted to understand the war.

The spirit that animated the churches and shrines in Mariupol is gone, replaced by Russia’s repressive state orthodoxy.
sharetweet

A visitor looks for a place’s distinguishing characteristics. In San Francisco, the hills and the bay help determine the shape and identity of the city, as do its fast fogs and the traces of its history as a Spanish settlement. The modern city of Rome developed around the Vatican, but also amid the ruins of the empire for which it is named. In Mariupol, I saw places of worship everywhere. Orthodox churches of the Moscow Patriarchate, a Sunni mosque, and humble tents pitched by itinerant Evangelical preachers. Deep in the city, in an otherwise unremarkable house, I found a Roman Catholic shrine tended by a priest; a faded photo of Pope John Paul II hung on the wall. Mariupol was Russian-speaking but distinctively—and patriotically—Ukrainian, a post-Soviet city on top of an imperial Russian port on top of an ancient Greek colony.

In February 2017 I visited Marinka, a town on the front lines of the fighting between Russia and Ukraine. The ground was covered with snow, and fighting was sporadic—nothing like the summer of 2016, when fierce artillery exchanges were commonplace. My interpreter and I stayed with a local volunteer for the United Nations High Commissioner for Refugees. We visited several older women with no means of support, heard their stories, and distributed cash grants to help with their expenses.

The last day of our visit to Marinka, my interpreter and I went to a small prayer service led by a veteran who had fought against the Russians in the first stage of their invasion. He’d become an Evangelical preacher. Some American Christians from Pennsylvania were there, too. The modest space was warmed by the 150 people in attendance—among them, dozens of poor and destitute Marinkans who had been stripped of their health and livelihoods by the invasion. Their songs and prayers made me forget the woeful surroundings. I felt that the Holy Spirit was present.

Those churches and shrines in Mariupol may have survived the bombardment of the past few months, but they are no longer occupied by clerics and worshippers. The spirit that animated them is gone, replaced by Russia’s repressive state orthodoxy. The people who gathered in those spaces have been murdered or exiled to Siberia. But the space in Marinka—still Ukrainian, as of this writing—continues to be a gathering point for people hoping to commune with God and with each other, to forget the ethnic cleansing, rape, torture, and spiritual savagery that hangs over their heads as Russian soldiers inch closer.

To say that Ukraine is a country of churches is true in one sense, but it risks attributing too much importance to buildings, to institutional infrastructure. The churches that people visit now in Lviv and Sumy and Chernihiv were used as barns or storage annexes during the Communist era. They were robbed of their purpose, desecrated, but the faith that had built them survived. Churches don’t make a country, people do. Ukraine is a country filled with people of faith, and hope. 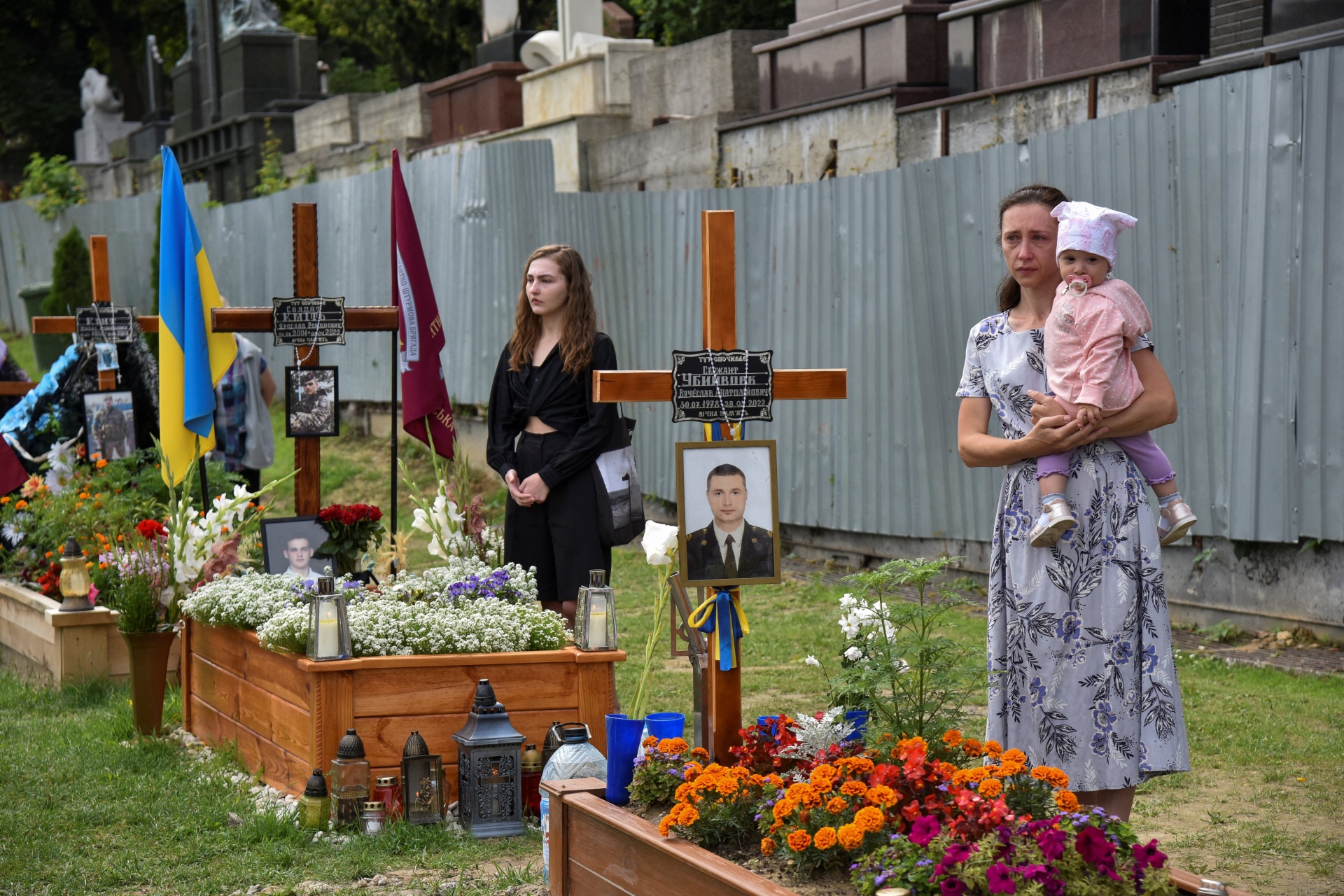 Western European and American popular culture tends to conflate Eastern Europe with Russia. Students learn about Ukraine from Chekhov and Dostoevsky, and from descriptions of the USSR as a grim, gray space full of despairing workers trudging toward factories. We project all of our preconceptions about the worst of modernity onto Eastern Europe. We assume that our fears about totalitarian rule and its destruction of the individual were fulfilled in Minsk and Kyiv, that the Soviet Union succeeded in its goal of extinguishing the humanity of those places.

But it’s not true—as we have seen in the ongoing war in Ukraine and in attempts to overthrow a corrupt and unwelcome president in Belarus. It’s not even exactly true of Russia itself. But the Russians have been laboring under one or another form of oppression for centuries, tsar after tsar, followed by the Bolsheviks and the long night of Stalinism. The Ukrainians, by contrast, are well-acquainted with an alternative to oppression; they have tasted independence and democracy and are not eager to be forcibly returned to the Russian fold. They just want to be left alone. That has bred in Ukrainian people and culture a kind of insistent hope and deep-seated resilience. They believe that what they are asking for is not unreasonable: to live in peace, to farm, to have their dignity as a nation respected—these have been the modest aspirations of Ukrainians for generations.

Another difference between Afghanistan and Ukraine bears consideration. Under the Taliban, religion was, and is again, compulsory; and wherever it is compulsory, religion becomes synonymous with oppression. But even where it isn’t compulsory, religion can become the handmaid of tyranny. The Russian Orthodox Church operates in concert with Putin’s regime and offers it a bogus spiritual legitimacy. By christening a brutal war of conquest as a civilizational struggle against the decadent West, the Russian Orthodox Church is becoming a space where worship is co-opted for the state’s purposes.

Ukrainian Christians are authentic Christians, while the Russian regime—though not all Russians—has become fundamentally irreligious.
sharetweet

In Ukraine, Orthodox Christianity means something else: it means hope and liberation, not resentment and domination. In spring of 2019, Ukraine’s Orthodox Church broke from the Russian Orthodox Church. It could no longer recognize the authority of religious leaders who supported the annihilation of Ukraine as a separate nation. These were wolves in shepherds’ clothing.

When Afghanistan fell, its government was unpopular and lacked credibility. Even so, many policemen and soldiers gave their lives for it, and would have continued to fight and die protecting Kabul; it wasn’t until Ghani fled that the entire country lost whatever remained of its will to resist the Taliban.

Ukraine is different. In Ukraine the world saw Volodymyr Zelensky, a previously unpopular president, stay in Kyiv despite credible threats against his life. He became a popular president as a result of this courage. Soldiers and police fought bravely against what everyone believed to be one of the most powerful militaries in the world. They exposed that military as unprepared, ill-equipped, and incompetently led. It turned out the fearsome Russians were vulnerable and could be stopped. They were driven out of Kyiv and Kharkiv, though they have since made gains in Kherson and Donetsk, and seized all of Luhansk.

If Zelensky had been killed or captured—or if he had fled—would Ukraine have stopped fighting? Counterfactuals of this sort are rarely useful, but I’m convinced that Ukraine would have quickly selected a new leader and the fight would now look very much as it does today. This isn’t only because Russia invaded Ukraine threatening to destroy it as an independent country, suppress its language and culture, and kill anyone refusing to go along with their imperialist project. It’s also because Ukraine is a country of churches, a country characterized by hope—by the conviction that life can get better through collective effort. This is why I believe Ukraine will eventually win this war—slowly, with struggle, step by ponderous step. I believe it will finally triumph over Russia’s superior numbers and resources, because Ukraine is in the right and Russia is in the wrong. The Russians are fighting to save Putin; the Ukrainians are fighting to save Ukraine, to save themselves. That will make all the difference. 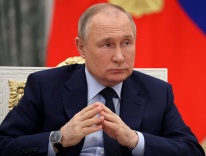 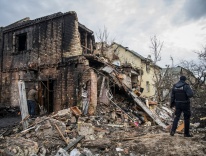