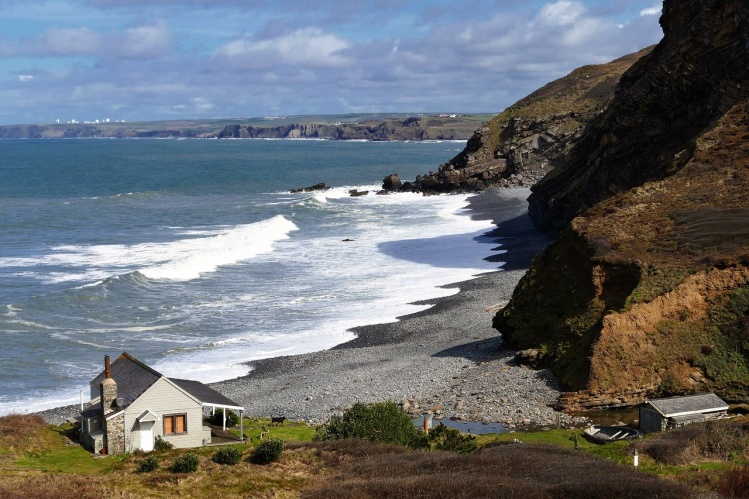 My wife and I have watched our fair share of television during the pandemic lockdown. Reruns of the original Law & Order are consoling, but even they wear out their welcome. In searching for something less jurisprudential, we decided to stream the popular British comedy Doc Martin, an old favorite.

Martin Clunes plays Dr. Martin Ellingham, a successful vascular surgeon at a prestigious London hospital who inexplicably develops a severe case of hemophobia. He panics and often vomits when exposed to even small amounts of blood. His medical career in jeopardy, he accepts the position of general practitioner in Portwenn, a beautiful seaside village in Cornwall, where he had spent summers with his beloved Aunt Joan, a struggling farmer. His parents were ghouls who evidently treated him like an orphan, sending him off to boarding school when he was six or seven.

He is the only doctor in the village, and adapting himself to the practice of medicine outside of the operating room is a difficult, if often hilarious, process. The problem is that “the doc,” as the villagers call him, suffers from something akin to Asperger’s. He has almost no social skills or filters, and compulsively blurts out exactly what he is thinking. What he is thinking is usually rude and hurtful. He chastises patients about their weight and other ailments, brusquely reminding them that poor health choices lead to early death. On the other hand, he is a brilliant doctor who cares about helping people and who moves effortlessly from one medical miracle to the next. The barbed remarks and resentful behavior of villagers and patients seem to make no impression on him.

These encounters are usually cringe-inducing but very funny. Clunes rarely cracks a smile while stealing every scene and getting nearly every laugh. The close-knit village has its share of gently buffoonish characters, such as a benignly incompetent policeman and the ever-hopeful Bert Large, a schemer with a singular talent for running every business venture into the ground. Portwenn’s middle-aged pharmacist has a delirious crush on Martin, which he is utterly oblivious to.

At the heart of the series is Martin’s relationship with Louisa Glasson (Caroline Catz), the village’s primary-school teacher and eventual headmistress. She is attracted to him, and then completely smitten after he demonstrates his medical skill by diagnosing and successfully treating several seriously ill students. Louisa is empathetic and forthright, while Martin is obtuse. In one episode she kisses him passionately in the back seat of a taxi. When they unlock lips, he looks at her clinically and asks how long she has suffered from bad breath. He then recommends a mouthwash. While the attraction is mutual, the courtship is tortuous. When Louisa, pregnant with their child, experiences dizziness and stomach pain, Martin rushes to her side. After he prescribes medication, there is a poignant moment between them, and she gets the impression that Martin is about to declare his love. Instead, he hands her a small container and says, “I’ll need a stool sample.”

The views from our village were spectacular, and most of our neighbors welcoming. It was a backwater, and we cherished that.
sharetweet

Doc Martin is charming, witty, and sure-handed. It doesn’t hurt that the views of Portwenn, its harbor, and the surrounding countryside are spectacular. One reason Doc Martin has been a favorite of ours is that we, too, lived in a small village by the water for many years, only our village was at the eastern end of Long Island Sound. It was not as populous as Portwenn, but it had some of the same quirky intensity. In the nineteenth and early twentieth centuries, a major shipbuilding yard brought prosperity. Marinas still dominate the waterfront. Built on a rocky peninsula, the village is stocked with an array of historic houses, from salt-boxes to Victorians. There was a real mix of residents, including charter-boat captains, lobstermen, small-store owners, teachers, artists, and retired folks. I fear much of that diversity is gone now, the housing stock bought up and renovated as summer residences. My wife and I tend to romanticize the egalitarian character of the village, and look back longingly at it from the more staid suburban neighborhood where we live now.

But watching Doc Martin again has reminded me that village life is also a place of petty jealousies, irrational resentments, stubborn feuds, and unwanted intrusions. Doc Martin is hazed by the Portwenn villagers, who mock his fear of blood, ridicule his relationship with Louisa, and show little tolerance for his idiosyncrasies. I have written many words for Commonweal praising the value of community and encouraging the pursuit of the common good. But it is useful to be reminded that living cheek-by-jowl with one’s neighbors has its challenges.

On one side of our house in the village lived a delightful retired couple. The wife was an avid swimmer and the husband renovated old boat engines in his modest barn. Next to them was a family that practiced nudity of some sort. It was not unusual for their very sweet seven-year-old son to show up in the morning at our backdoor without a stitch of clothing on. On the other side of us lived another retired couple. The husband and wife stayed on separate sides of the house, rarely seeing and literally never speaking to one another. Behind us was a house rented by two young medical residents. To this day we are amused to recall one of them boasting of how medical training is designed to “weed out the weak.” Living in a converted garage nearby was one of the village’s more venerable family clans. They liked to throw empty beer cans out the window into their backyard. Their neighbors were a more prosperous younger couple. Bright lights were set up in their backyard, where they often drank and played volleyball till well past midnight. One night, when my wife could no longer abide the noise, she walked over and politely asked that they keep it down. We had small children. She was told, in vulgar terms, to mind her own business. People in the village prided themselves on their spirit of “Yankee independence.” You respected your neighbor’s privacy and any dubious decisions they might make about the look or use of their property.

For many reasons, we hated to leave the village. The views were spectacular, and most of our neighbors welcoming. It was a backwater, and we cherished that. My wife and I had both grown up in leafy suburbs, and we appreciated a place where people talked about things besides real estate and the SATs. Our children loved the freedom they had to roam the village, walk to school, play Manhunt, go crabbing—all without adults hovering. Halloween was like a medieval festival, and the small Memorial Day parade a patriotic reverie. But as Doc Martin reminded us, in such tight surroundings it is impossible to avoid a wide range of human foibles. Now our nights go undisturbed in our suburban idyll. Would we move back to our own Portwenn if we could manage it? You bet we would. 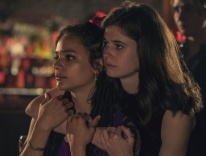