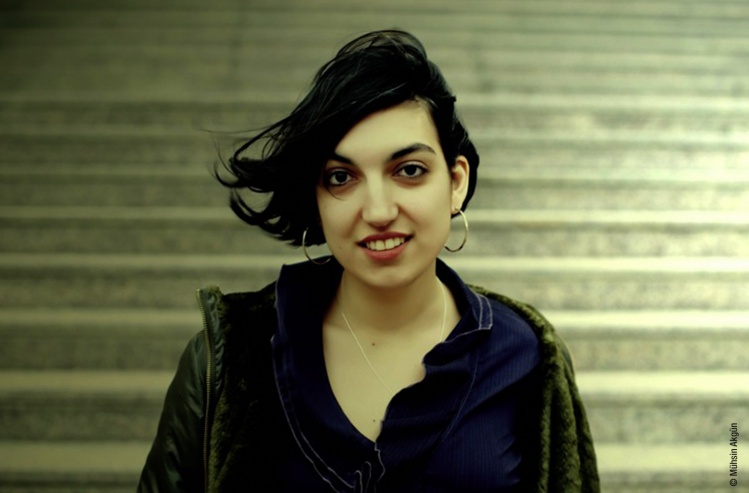 It’s probably possible to read Elif Batuman’s first novel—the story, by a Harvard-educated, language-obsessed, Turkish-American writer, of a language-obsessed, Turkish-American writer’s first year at Harvard—without pondering its resemblance to her life. It may even be possible to read The Idiot without cross-referencing it against Batuman’s considerable body of literary criticism. But what fun would that be? Such self-imposed contextual poverty would resemble the “limited historical consciousness” that Batuman has often lamented in contemporary American fiction, perhaps most notoriously in her 2010 attack on MFA programs, “Get a Real Degree,” “I should state upfront,” she wrote in that piece, “that I am not a fan of program fiction,” a species of writing she accuses of narrowing its own intellectual horizons and frame of reference. This narrowing, in turn, she traces to bourgeois guilt over the nature of literature: “Because writing is suspected to be narcissistic and wasteful, it must be ‘disciplined’ by the program.” The result is fiction that reads as if it came from “a developing nation with no literary tradition.”

I was not a fan of this line of argument when Batuman initially made it. I read her avidly, but she was one of those writers I would lose an afternoon mentally arguing with. Her generalizations were too sweeping, her arguments sometimes half-baked. What is her beloved nineteenth-century Russian literature but the product of a “developing nation” with a fairly new literary tradition? But my ambivalence was self-interested, too. I finished an MFA in fiction just as Batuman came to literary prominence, and I resented that so many better-established writers, herself included, seemed to be trying to lower the perceived value of my and my friends’ degrees, both by writing polemics against MFA programs (as Batuman and seemingly everybody else was doing) and, as in the case of David Shields and his followers, by attacking the very idea of novels. In some ways, Batuman seemed allied with this latter group of writers as well. Though she praised novelists old and new—Chekhov; Balzac; even Franzen, that bête blanc of recent literary history—she described, far better than did the negligible Shields, that weariness with the kayfabe of plot and character that afflicted so many of us in those years. “The juxtaposition of personal narrative with the facts of the world and the facts of literature—the real work of the novel—is taking place today largely in memoirs and essays,” she wrote in “Get a Real Degree,” and in an interview around the same time, she elaborated on this point in oddly specific detail: “[A] lot of the writers that I know are incredibly good email writers and a lot of the time I find their emails more compelling than the things they are writing at the time.... The email is kind of the unknown life, and the published writings are the known life.” I, too, felt like I needed fiction to bridge these two lives, or somehow turn them into one.

In the past decade, some writers have solved this problem by turning to autofiction. If realism’s devices for measuring the divergence between life and art, or between the known and unknown lives, had gotten old hat, writers like Sheila Heti, Ben Lerner, and Karl Ove Knausgaard foregrounded the unknown life, using tactics already developed and forgotten in the twentieth century by writers as diverse as Linda Rosenkrantz, William Demby, John Edgar Wideman, Renata Adler, Chris Kraus, and Marguerite Duras, many of whom experienced a revival during this period. If the essay seemed to be stealing the novel’s territory, these writers stole back, writing things that read like essays but called themselves novels, and in some cases (Knausgaard, Lerner) they foregrounded the shame of writing as well. These books were joined by works like Maggie Nelson’s The Argonauts and Terry Castle’s The Professor, which, like Batuman’s hilarious 2010 memoir The Possessed, blended narrative, theory, and criticism into something compulsively readable.

How entitled of her, to find her own life rich in meaning!
sharetweet

On its surface, The Idiot looks more “traditional” than these books. Batuman goes to the trouble of creating a novelistic alter ego. Selin Karada, like Batuman, matriculates at Harvard in 1995, just in time to be part of the first email generation:

Always there, unchanged, in a configuration nobody else could see, was a glowing list of messages from all the people you knew, and from people you didn’t know, all in the same letters, like the universal handwriting of thought or of the world.

Email is described here so as to resemble a language: “the universal handwriting of thought.” And it is via email that Selin falls in love for the first time, with a Hungarian senior named Ivan. The medium itself seems to call forth this emotion from her; through it she and Ivan speak to each other more freely, more strangely, than in their actual meetings, which are a painful comedy of misunderstandings. Email not only communicates but almost creates Selin’s “unknown” life.

The Idiot, like life, turns out to abound in such structures. Ivan is a math major, and early in their flirtation, Selin comes across Nabokov’s description of math as an “artificial system,” a convenience that turns out to encode the structures of the world: “nobody seems to have been surprised at the queer fact of the outer network becoming an inner skeleton.” For her part, Selin obsesses over the Sapir-Whorf hypothesis—that language is both the vehicle of thought and the driver. Even Selin’s bizarre Russian textbook, which consists of a love story made surreal by limitations of vocabulary and grammar (one new verb tense per chapter!), prophesies the arc of her love for Ivan. This emplotted feeling does not make her experience safe or predictable. She ends up following Ivan to his home country, a trip she likens to reading War and Peace: “new characters came up every five minutes, with their unusual names and distinctive locutions, and you had to pay attention to them for a time, even though you might never see them again for the whole rest of the book.”

The Idiot itself, like the lives of its characters, is constrained by an external structure—Batuman’s life. (The novel’s Hungary section shares incidents with The Possessed.) And yet, by making such doublings the book’s theme, Batuman creates something fresh and miraculously lifelike: even when I recognized material from her earlier book, I had no idea where this one was going. This is primarily a matter of style. Like Selin in Hungary, confronted by yet another wearying new detail, Batuman has to pay attention; her prose is as voraciously awake as the mind of a first-year student. Her descriptions of people, emotions, interactions, states of mind are almost painfully precise: “An amazing sight, someone you’re infatuated with trying to fish something out of a jeans pocket.” Such artlessness is, of course, one of the most difficult achievements in art.

The Idiot veers farthest from autofiction, as from “program fiction” (if that exists), in its lack of shame. Batuman never seems hamstrung by the thought that there might be something unseemly in bringing unflagging verbal attentiveness to the perceptions of the Harvard rich kid she once was. How entitled of her, to find her own life rich in meaning! Some reviewers have generously taken on the embarrassment Batuman forgot to feel, disdaining the book’s length, its torrential quality. Even thoughtful and sympathetic readers have framed the book as a likable mess, a “defiantly imperfect” book. There are, of course, no “imperfect” novels, because there are no perfect novels, only more or less interesting ones. During the week I spent in its world, The Idiot was as interesting as the sight of someone you’re infatuated with fishing something out of a jeans pocket. It slowed time down.

Selin, that hyperverbal creature, has a phrase that describes this too—that unlooked-for vividness, that fullness in the atmosphere, that arrives rarely in one’s life, including one’s reading life. It comes late in the book, after an unplanned and blissful interlude with Ivan’s family. “I kept thinking about the uneven quality of time, the way it was almost always so empty, and then with no warning came a few days that felt so dense and alive and real that it seemed indisputable that that was what life was, that its real nature had finally been revealed. But then time passed and unthinkably grew dead again, and it turned out that the fullness had been an aberration.” I disagree here with Selin, and with Batuman. I think it’s the periods of emptiness that are the aberration—that boredom is finally the failure, or inability, or refusal, to see the quotidian in its real amplitude. I think this partly because I have been taught by a literary tradition that models such vision. It is a tradition that The Idiot inherits, and joins.