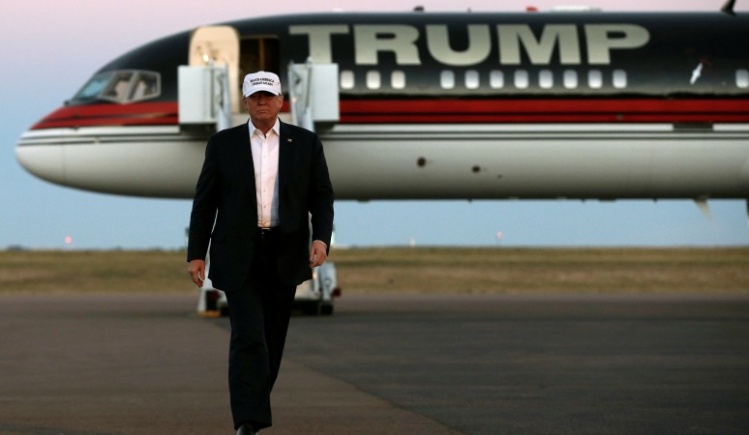 Although Donald Trump's defeat is a prerequisite to national recovery, the profound damage he has done to our nation will not be wiped away if he loses.

And even if she wins, Hillary Clinton will still be feeling the effects of the multiyear campaign waged by Republicans in Congress to destroy her. The evidence suggests that her GOP foes will try to end her presidency prematurely by colluding with an implacably hostile conservative media and, it now seems, right-wing agents inside the FBI.

Clinton got good news on Sunday when FBI Director James B. Comey announced that his decision not to charge her would remain unchanged after the agency's review of newly discovered emails.

But Comey's announcement only underscored his own recklessness in issuing his Oct. 28 letter announcing the existence of the emails before the FBI even knew what was in them. His letter poisoned the political atmosphere against Clinton without any justification—to the great advantage of Trump and the glee of her congressional critics.

So while I celebrate the conclusion of the most abysmal campaign of my lifetime, I fear that this will not end the division, aggression and rancid prejudice Trump has nurtured.

A Trump victory would unleash the furies. But even a Trump loss will not advance the cause of social peace and mutual tolerance unless the majority of Americans who still believe in making our experiment in self-government work insist on the need for Congress to govern, not obstruct. Abraham Lincoln had little use for political grudges: "I am in favor of short statutes of limitations in politics." His successors in the Republican Party would no doubt declare him a sell-out for harboring such sentiments.

After all we have learned about Trump's selfishness, indiscipline, mendacity, greed, misogyny, vindictiveness and intellectual laziness, it should not be necessary to continue to make a case against him. The man who opened his campaign by declaring that many immigrants to our country from Mexico are "rapists" has legitimized far-right politics and the open expression of bigotry. White nationalism has flourished in the garden of Trumpism.

Voters know about his treatment of women, his shortchanging those who worked for him, his warm statements about authoritarian leaders, his readiness to be assisted by Vladimir Putin's minions, his denigration of a Gold Star family and a heroic POW, and his open promises to use the instruments of government to punish his enemies. Long ago, all this should have reduced his share of the vote to single digits.

The fact that Trump, on the contrary, still has a chance of victory speaks to a profound distemper in the country. Our deep divides along lines of party, race, class, gender and region guarantee even a man as deeply flawed as Trump a firm foundation of support. And many of our fellow citizens, shaken by economic and social changes, are hurting so much that they have embraced the opportunity to use Trump as a way of expressing their rage.

Trump's rise challenges both sides of politics. The massive support for Trump among white working-class voters suggests that they do not find the economic promises of progressive politicians sufficiently persuasive or believable to entice them away from the riskiest vote they will ever cast in their lives. Liberals have much work to do.

But the true disgrace is the timidity and opportunism of Republican leaders.  By supporting Trump, legions of Republican officeholders, including Paul Ryan and Mitch McConnell, have signaled that this preposterous candidate's endorsement of their ideological agenda of tax cuts and deregulation matters far more to them than his authoritarian tendencies or his intolerance. History has not been kind to pro-business conservatives who in the past tried to use far-right demagogues to crush enemies to their left.

And the end of the campaign has found Trump in close alliance with Clinton's Republican tormentors in Congress. Jason Chaffetz, Darrell Issa, Trey Gowdy and their allies have spent years hurling charges and driving up Clinton's unpopularity. They, with an assist from the FBI, gave Trump his talking points in the final days.

One does not have to overlook her mistakes or her failings to insist that nothing Clinton has done justifies the hatred that has come her way. She is one of the most prepared and disciplined Americans ever to seek the presidency. When it comes to avarice and indifference to the truth, she is not in the same league as Trump. She has devoted her life to public service, and her record as a senator and secretary of state won her high favorable ratings—which Congress' taxpayer-financed investigation machine systematically set about to bring down.

If Clinton does prevail, the country will need to back up its rejection of Trump with a rebuke to those who would use Trumpian tactics to deny her legitimacy and stymie the government's ability to function. Unending investigations that manufacture phony facts to fit preconceived conclusions is not Congress' mission. The vile spirit of this campaign cannot be allowed to contaminate the next four years.

The Cost of an Obsession