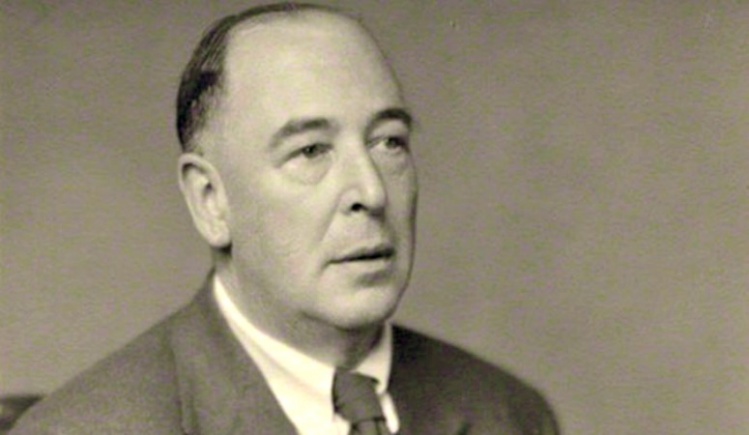 A biography of a book may seem like a rather strange beast, but something like that is what Princeton University Press provides in its “Lives of Great Religious Books” series. With this offering written by the well-known historian of religion, George Marsden, Mere Christianity takes its place in the series alongside books as different as Calvin’s Institutes, the book of Job, and the I Ching. Given the relatively brief “life” of Mere Christianity, compared to that of these other books, Marsden prescinds from labeling it a classic. But when one considers that it has been translated into at least thirty-six languages, and that in the past fifteen years alone it has sold over 3.5 million copies just in English, it is hard to deny that Mere Christianity merits inclusion in the series.

As many readers of Lewis know, Mere Christianity did not begin life as a single volume, or even as a written work. It began in several different series of BBC radio talks that Lewis gave during World War II. The first two series of talks were published under the rather generic title Broadcast Talks (but titled The Case for Christianity when published by Macmillan in the United States), the third series under the title Christian Behaviour, and the fourth as Beyond Personality. (As someone who more than once has had occasion to suggest to editors that they were not necessarily better able than I to express my views, I took some pleasure in Marsden’s observation that, although Lewis was given “lengthy editorial suggestions” when Beyond Personality was being prepared for publication, he “did not seem to alter the content in any substantial way,” and he kept his title “despite some urging for something that would more clearly reveal his subject.”)

Interestingly, Marsden notes that no one seems to know who first had the idea to combine these three small books into one book titled Mere Christianity, which first appeared in print in 1952. Lewis wrote a new preface for that volume in which he explained what he meant by the notion of “mere Christianity” (a term he probably first saw in writings by the seventeenth-century English theologian Richard Baxter). Marsden’s “biography” is helpful in tracing the development of these series of talks and the (relatively few) changes and additions Lewis made when they were drawn together into a single volume.

After a brief sketch of Lewis’s life, Marsden takes eight chapters to set the book into its wartime context, to describe the four series of talks that were eventually combined in the book, to document initial reactions to the talks and their publication as separate books, to describe the publication of Mere Christianity in the context of other things Lewis was writing at the time, to recount its reception by Evangelical readers in the United States, to characterize its reception by readers from other Christian denominations (especially Roman Catholics), to report some of the (positive and negative) critical reactions, and to offer reasons (seven in all) why the book has enjoyed a “lasting vitality.”

Among the most helpful features of Marsden’s biography is his discussion of the process by which Lewis developed the broadcast talks and then moved from oral talks to written publications. He also includes an appendix summarizing the changes Lewis made when combining the three earlier small books in Mere Christianity. It is also very helpful to have the development of the book placed in the wartime setting and the other writings of Lewis at roughly the same time—a time when his productivity was astonishing. Marsden even provides us with bits of information that, while hardly of great significance, nonetheless get our attention. Thus, for example, he reports that during the NCAA basketball tournament in 2013, “the Emerging Scholars Network of InterVarsity Christian Fellowship ran ‘The Best Christian Book of All Time Tournament.’” Pairing sixty-four books in several elimination rounds, voters narrowed the field. In the Elite Eight Mere Christianity defeated Augustine’s City of God. In the Final Four it defeated Bonhoeffer’s Cost of Discipleship. But we learn (perhaps, let us admit, with just a bit of relief) that in the championship pairing Mere Christianity “was edged out by Augustine’s Confessions.”

Chapter 7’s account of critical reactions seems far too dominated by the not-very-persuasive criticisms made by the philosopher John Beversluis and discussion of the “trilemma” Lewis develops (that Jesus was either divine as he claimed to be, or a liar, or a lunatic). To be sure, the trilemma does play a significant role in Lewis’s thought, but there is far more to the argument developed in Mere Christianity, and the imaginative moves made in the book’s fourth section (“Beyond Personality”) merit greater attention. With respect to Lewis’s rather traditional notion of differences between the sexes, Marsden speculates that had Lewis lived longer his views (rather, I guess, like those of conservative Supreme Court justices) “would have continued to evolve.” He does not, however, speculate that Lewis’s equally traditional views on economics might similarly have evolved.

Marsden notes that in 1965 Chad Walsh, one of the first to write about Lewis’s Christian writings, suggested that in the postwar era Lewis was “‘entering into a period of relative obscurity.’” Clearly, that did not happen, and in his final chapter Marsden asks why Mere Christianity has “not faded in the way that every other non-fiction book of the 1940s and 1950s has?” He finds seven reasons that seem widely shared among those who have thought about that question. I will not attempt to summarize them here but will merely note one of them that seems to me especially significant: “Mere Christianity does not offer cheap grace.” For Lewis, being drawn into the life of Christ hurts. What Marsden calls “Lewis’s simple but demanding emphasis on giving up one’s old self to have Christ live within us” has been received, I suspect, as a powerful antidote to notions that God exists to make us happy and successful. If Marsden’s biography of Mere Christianity encourages his readers to read or reread it for themselves, it may in its own way be an antidote for the attention to self that so dominates our culture.

Gilbert Meilaender is a Senior Research Professor at Valparaiso University and the Ramsey Fellow at the Notre Dame Center for Ethics and Culture.