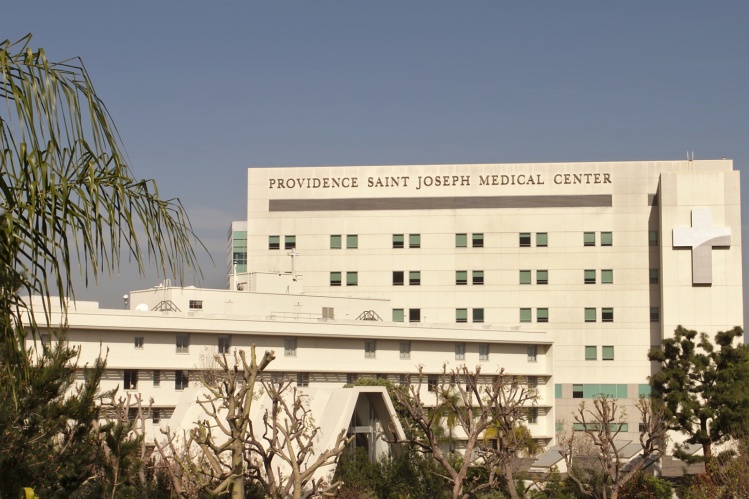 Catholic hospitals have always faced the challenge of running on tight financial margins while trying to maintain a faith-based commitment to care for the poor. The coronavirus pandemic has made that all the more difficult while posing a serious ethical dilemma: how to distribute scarce resources in a way consistent with Catholic social teaching.

Sr. Mary Haddad, president of the Catholic Health Association of the United States, took some time away from the struggle last week to answer my questions about how Catholic hospitals and long-term care facilities are responding to the outbreak. “The thing for us in Catholic health care that we always bring to the equation is looking at how we balance the dignity of the person with the common good,” Haddad said in a telephone interview. “Those are both fundamental to who we are.”

The impression one gets is that multi-dimensional chess is playing out at the pace of a speed-run video game—of course, it’s no game, but a matter of life or death. Immediate concerns about finding enough hospital beds may require new ways of thinking, Haddad said. Hospitals trimmed the number of beds substantially in the past decade, and now, “We don’t have a lot of empty beds. We have a lot of empty convents. Maybe some of those could be converted into temporary hospitals.”

It made me wish we still had Catholic acute-care hospitals in New York City, which is where I am hunkered down at what is being called the epicenter of the pandemic in the United States, and maybe the world. But the Catholic hospital system lacked the political clout to compete with prestigious teaching hospitals and the municipal system for a shrinking pool of government funding, even as it continued to provide charity care. The last to go, the 160-year-old St. Vincent’s Hospital in Greenwich Village, which played a leading role in responding to the AIDS pandemic in the 1980s, closed its doors in 2010. Two Catholic hospitals in Queens, now the hardest-hit area of the city in the COVID outbreak, closed the year before.

Childcare and personal protective equipment for employees, supply chains, ventilators: these are among the immediate concerns as mounting expenses lead to millions of dollars in budget gaps. “A whole host of things. As we continue to get into this, there is greater learning where the critical needs will be,” Haddad told me. “Lightening some of the restrictions now on funding would be helpful.”

The scramble is such that one Catholic hospital system, Providence St. Joseph, which has been responding to the outbreak since the nation’s first cases surfaced in Washington State, announced that it had obtained ventilators from “a very unusual partner,” the American Veterinary Medicine Association; some veterinarians had ventilators for large animals that are manufactured by the same companies making the machines for human beings.

The CHA launched an urgent lobbying campaign to get the federal government to speed up Medicare payments, establish an emergency fund to help hospitals pay for unexpected costs, and delay planned federal cuts in reimbursement for care to the uninsured. The CHA also lobbied for the federal government to pull back a rule that would discourage immigrants from seeking government-subsidized medical care. The Trump administration subsequently agreed not to penalize those receiving government-subsidized care or testing.

Particular concern for the poor and uninsured is a bedrock principle of the Catholic hospital mission.
sharetweet

Haddad, a member of the Sisters of Mercy of the Americas, said there are both short-term worries about meeting the additional costs of coronavirus care and longer-term obstacles, such as the cancellation of revenue-producing elective surgeries. As the demise of Catholic hospitals in New York City showed, the battle to survive often depends on how the federal and state governments parcel out Medicare and Medicaid funds, as well as money to cover part of the cost of uncompensated care for the poor.

Particular concern for the poor and uninsured is a bedrock principle of the Catholic hospital mission. Ethical and Religious Directives for Catholic Health Services, a set of guidelines the U.S. Conference of Catholic Bishops updated in 2018, describes this as a biblical mandate.

Brian Kane, a moral theologian who is senior director of ethics at CHA, has been busy organizing discussions with ethics experts at Catholic hospitals to deal with the sensitive question of how to allocate limited resources during the pandemic. Part of the task is to put state ethics guidelines into the context of Catholic teaching on the preferential option for the poor, he said. “Especially when we have pandemics,” he said, there is a balance to be struck between each person’s value and the sharing of goods in a way that will save the most lives. “And so we have to strike that balance in terms of the rationing decision.”

“The poor in some ways are going to lose out when we follow a principle like ‘first come, first served.’ It’s not going to work,” he said, speaking with me via Zoom. The challenge, he added, is to be consistent in decision-making and transparent about how resources such as ventilators are allocated. Hospitals can make use of what is known as the Sequential Organ Failure Assessment score, or SOFA, a standard for predicting mortality in intensive-care unit patients. This is the standard New York State adopted in 2015, and Kane praised the procedures in New York, Minnesota and Utah as models. “It’s not just a personal call,” he said. “It has to be made on clinical criteria.”

Making ethical decisions in a time of pandemic is no easy task. As a presentation on CHA’s website notes, “Pandemics and other disasters turn our usual way of thinking and making ethical decisions on their head.” Emphasis shifts from “patient-centeredness to population-centeredness”—a difficult change in a system based on the value and dignity of each individual human life.

But the ground may shift in many ways as the health-care system takes on such a highly contagious disease. “You hate…to use this situation as an indication of the need for universal health care, but it’s hitting us so hard saying, you know, ‘this is why we need to have coverage for everyone,’” Haddad told me. “It impacts the entire community.”