'The Consolations of Mortality' 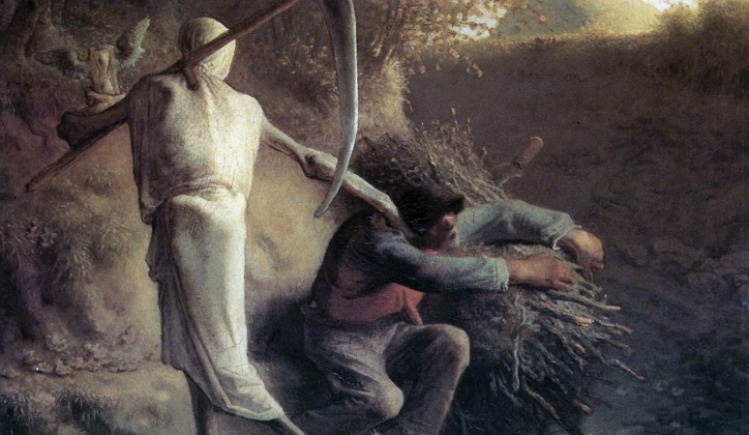 I received this book for review in early June and skimmed it quickly to catch its flavor. Yet before I could read it more carefully, my body began to fall apart. As I marked my eighty-sixth birthday, I came down with two separate life-threatening illnesses that gave me more than ample hospital time to spend making sense of death and pondering the consolations of mortality. My predicament made such a book uncomfortably salient. Don’t ask for whom the bell tolls—it tolls for me.

Andrew Stark is a management and political-science professor at the University of Toronto, and he has a straightforward agenda; he wants to persuade us that mortality and death make “the best deal imaginable” for us humans. He offers four possible “consolations”—arguments, really—for accepting mortality: (1) that death doesn’t warrant our fear, since “as long as a person is alive, his death has not happened. And then once his death occurs, he is no longer around to suffer it”; (2) that “since a well ordered life offers everything that immortality could, death deprives us of nothing”; (3) that “immortality itself would actually be an awful fate,” sentencing us to an eternity of “excruciating boredom”; and (4) that our fear of mortality is superfluous, since “within life—this vale of tears—we already face everything that we dread about death.”

Objections to Stark’s sanguine take on death might begin with the obvious: we have no knowledge whatever about what it is to be dead. Those who are dead, after all—a reticent group—refuse to tell us. Lacking any evidence whatever, we therefore have nothing to go on beyond our imagination, nurtured by traditions and speculations over the centuries. Stark himself has an exceptionally rich, often playful, imagination, one that draws on highly engaging ideas, speculations, epigrams, and thought experiments with which to build his argument. The statesman Solon, he reminds us, supposedly advised King Croesus to “Call no man happy until he is dead.” Yet, Stark notes, “after remaining happy for a long stretch of his life, Croesus entered a bad endgame.... [and] spent his final days in humiliating captivity.” So, is a long happy life with a bad end better than a poor life with a good end? “Neither,” Stark answers. “The dichotomy between culmination and cumulation is…an illusion.” He tries to explain that illusion by imagining a football game between the Detroit Lions and the St. Louis Rams, with the Rams coming back to win in the last quarter. “Finality,” he concludes, “still matches quantity; there’s no conflict.” Get that? I am not sure I do.

Here is another sample of Stark’s nimble mind at work. The late British philosopher Bernard Williams observed that immortality might be interminably boring, a ceaseless recycling of our tired old memories, thoughts, and aspirations. Alternatively, Stark notes, our attachments, memories, values, tastes might change, fashioning us in our immortality into “a new person”; but in that case, he argues, “immortality would simply entail a different kind of death: a repeated cutting off of our previous selves and lives” that might trigger “an ever-increasingly mournful nostalgia for the past”—or, even worse, “a kind of perpetual dementia.”

will say this in Stark’s favor—his book and its elegantly gnarled arguments, while too clever by half in places, surely beat daytime hospital TV for interest and amusement. I do not have space here (or desire) to quibble with him over dozens of dubious arguments. Instead, I want to note one perspective he omits almost altogether, and two important sources he does not draw on.

The important fact he skirts is that when we die, we take leave of those closest to us and many friends beyond that. Death leaves a terrible gap in our life with others. If you are my age, you learn to adapt to that reality and more or less accept it; we are all going away. Yet if it is the death of a beloved wife and longtime daily companion, or child who died in an accident, or a friend who commits suicide, that is not so easy. And that is not even to mention those desperate migrants who drown in their search for freedom, or those killed by genocide. Who exactly is the calmly rational thinker Stark envisions as the bearer of such intricate reflections on mortality as are offered up in these pages? The real hero of his book, Epicurus, is one of those historical heroes who had it all: power and prestige; a calm and sober temperament; a good life and a peaceful (if briefly painful) death. He is for that reason not the ideal model for the rest of us; we should all be so lucky!

A religious perspective on mortality and death would have enriched this book, by taking account of something to which Stark gives scant attention: that for many people, mortal life is an evil to be escaped, not embraced. People who have seen their children murdered before their eyes cannot be easily reconciled to an Epicurean coolness. The Christian idea of heaven is utopian but coherent: Jesus was crucified, died, and then rose from the dead three days later to lead his followers to heaven. One may not believe that story, but it reflects a powerful drive to find an alternative to mere extinction, and particularly after a miserable life.

The other perspective worth noting is a significant wave of research that pushes against Stark’s static view of mortality. As long ago as 1795, Condorcet wondered aloud whether “it be absurd to imagine that this perfection of the human species might be capable of indefinite progress,” specifically a dramatic increase in our life span. Today, one scientist has laid out a plan to allow us all to live to be 2500. He is considered a bit far out, but a number of Silicon Valley entrepreneurs—not known as sentimentalists—are betting millions of dollars that aging can be cleaned up of its burdens and life extended well beyond 100.

Andrew Stark ends his lively and adventurous book with these elusive sentences: “Two features of mortal existence—that our selves move together relentlessly into the future while the events of our lives ceaselessly disappear into the past—are finally what bars life’s losses from ever resembling death’s. And while that fact does not console me about death, it does console me about life.” There a Delphic flavor in those words, and I find that in or out of a hospital, I want more than the thin consolation they offer. It may take another hospital stay to pin down just what I do want. But what if that stay was painful and miserable, would it be worth it? Or am I better off in my present muddled state? I should be careful; I could get the wrong answer.

From “An Alternative Proposal”