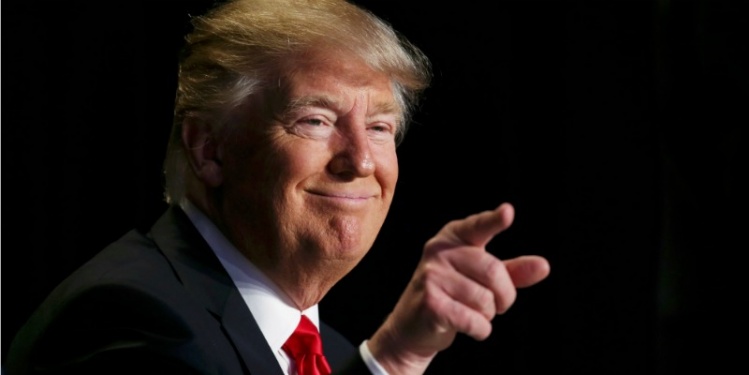 It is as though the nation has been placed in a high-speed accelerator. The dark Trump circus never seems to stop or even take a pause. There is no getting away from it. At risk of seeming a narcissist, I have to moan that there is a private aspect to the chaos and agitation that this whirlwind is reaping.

For instance, coming home from work, I can’t resist flipping on the tube to see what misadventure Donald Trump has undertaken today. By the end of the broadcast, my wife and I have shaken our heads and fists so much that we don’t need to go to the gym. At 10:30 p.m., we tune into Late Night with Stephen Colbert. Albert Camus taught that there is no situation that cannot be overcome with laughter, and every night Colbert relentlessly serves up a gut-splitting monolog on the Commander-in-Chief.

To bed, and after a few hours of Trumpless dreaming, the alarm goes off. I roll over, eager for a few more minutes of oblivion; I pull a pillow over my head. Moments later, my wife picks up her smartphone. She starts by checking her email, but I know where she is headed. I try to hold back, but a few ticks of the clock and I am asking, “Did he do or tweet anything crazy last night?”

Today it was a bizarro press conference. Last night it was the resignation of Michael Flynn. A few days ago, there was Trump’s tweet chiding Nordstrom for dropping his daughter’s clothing line. Rather than a morning prayer, I started the day fuming, “They’re billionaires. Isn’t that enough? Do the Trumps really have to worry about amassing more money? What’s wrong with them and their bottomless appetites?”

For millions, Trump is glass in the gut, and yet he has become an object that for some of us seems to compel constant meditation. If it weren’t for certain newspapers, I would not have any idea what was going on beyond the borders of Trumpworld.

I am in my mid- sixties. The balloon of my existence could pop at any moment, and I don’t want to be forced to think and agitate about this empty suit of a human being for so many hours of the day. After a few deep breaths, I try to calm myself with the reminder that many other nations have had to endure leaders who were unhinged. In addition to the public wreckage these Napoleons create, there is the daily drain they put on the individual human spirit. Indeed, my therapist friends confide that many of their clients can't get to the issues that are troubling them because they are obsessing about Trump.

These days, when I meet with friends, the first issue we resolve is whether or not we are going to risk getting churned up about Trump’s latest. Anger takes a bite out of people. At the same time, it can be fun to vent, especially with some pals. And yet, if our Incurious George of a president is a joke, he is an expensive joke. This man does have the nuclear code.

For my part, I feel an obligation to stay informed and to dialogue about Trump. After all, I have friends who are undocumented workers. They are good people whom Trump has condemned to a perpetual feeling of fear and jagged-edged vulnerability. For them, one broken brake light could mean a quick drive to detention, deportation, and a splitting up of the family. It might cast a shadow over the evening, but better to discuss than to repress mention of this creature from the unconscious who splits time between the White House and his Xanadu of Mar-a-Lago.

So talk we must, but for so many of us, Trump has wrought a strange form of personal collateral damage. He has cast a pall over our inner lives, a lingering premonition that a foot is about to come through the door, that bad, ugly things are about to happen.

Help! I need to develop some spiritual jiu-jitsu, some way of protecting my inner life from being consumed by the man at the helm who seems to be steering our nation at the behest of his personal demons and insecurities.