A Church with Authority that Serves? The Path of 'Amoris Laetitia' 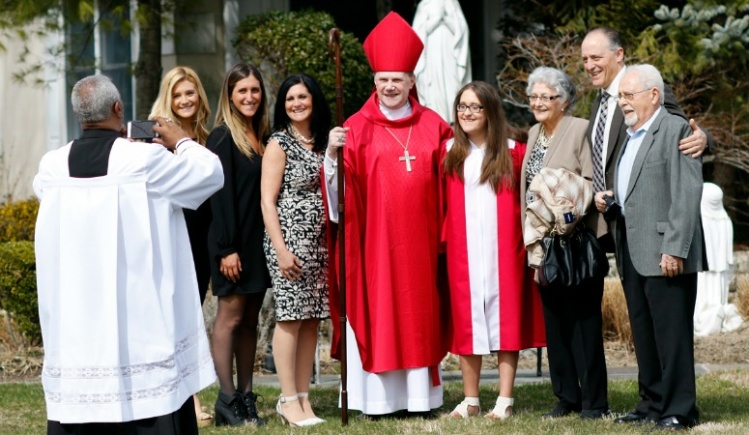 Pope Francis has made no secret of his feelings towards those whom he singles out as “doctors of the law.” He identifies them clearly with the Pharisees of the Gospel, as opponents of Jesus’s approach both to the law itself and to sinners as defined by that law. And he believes that this whole attitude constitutes one of the great barriers to the Church’s real task: to facilitate the fundamental encounter with God.

With Amoris Laetitia, the pot has now reached the boiling point. The document comes after a process of ecclesial conversation that, whatever its flaws, looked much more like the kind of collegiality that seems crucial to the Vatican II vision of the Church. The process had missteps, but even those missteps—a perhaps overly-biased mid-term report at the first synod, a spate of sometimes-uncharitable public conflicts—may have been learning experiences that ultimately benefitted the Church. The process was that of a Church that is alive.

But what about the outcome? The rich document contains much that is beautiful and powerful about the family, as well as admirably connecting the typical concerns of social ethics to the family. But on the point that received the most attention, the question of communion for the divorced and remarried, the outcome is… ambiguous. This ambiguity is appropriate in a number of ways: it is part of how the Church’s teaching does develop, and it is part of dealing with a complex, varied set of circumstances. It’s also challenging. It means that misunderstanding is inevitable, and such misunderstanding can and will produce hurt. It puts pastors in challenging positions. But I think most of all, it points us to a larger issue of how to understand what the Church is and how individual Catholics understand their relationship to the Body.

The final sentence of the New York Times op-ed published today contains what I think is an unintentional but telling problem:

Opposing sides will find ample evidence for their positions. But I don’t think Francis cares. I think he’s far more concerned with encouraging millions of Catholics to think again about what the church can offer them in their family life, and that starts with an honest appraisal of how much better the church can do.

Jesus is the leader who serves, the king who washes feet. So too the Church’s mission is service. But somehow that service must be distinguished from “customer service,” a notion of service with which we tend to be more familiar in our culture. There are many ways that the Church could provide “better customer service,” of course, in the day-to-day life of a parish… and many of these overlap with the kind of customer service standards that excellent businesses observe.

On the other hand, the Church’s teaching on marriage, perhaps most especially because it is sacramental teaching, is not this kind of a one-way street. It does not simply shape itself to the will of the people; indeed, to be fair, it cannot ignore the fundamental claim that it speaks in a world profoundly affected by sin, and thus in need of guidance and even (dare I say it) correction. As a teacher, I need to serve my students. But that “service” relationship is importantly different than the one established in a business. This is true of parents to children, too. This is even true of the art of genuine politics. In all these areas, the servant relationship does not indicate that the customer is always right, and in some sense, the party being served—the child, the student, the citizen—has fundamental responsibilities to the authority figure, who is charged in some way with care of the whole. The dominance of consumer relationships – and ultimately, the idea that it is all about me, and about my wants—has to be distinguished from the service that the Church appropriately gives to the family.

As a college teacher, the task of “enforcing rules” is one that I find most difficult and anxiety-producing. I don’t like it primarily because it introduces a kind of interruption in the overall orientation of the relationship. Enforcing rules is not the point of teaching; it is really about learning, which at its best requires trust and cooperation on both sides, and when I have to turn “enforcer,” it is difficult to preserve that trust and cooperation. I don’t desire to be a Pharisee when enforcing rules in the classroom. Correspondingly, at a broad level, Pope Francis is clear and on target about what might be termed the public orientation of the Church.  He writes: “A pastor cannot feel that it is enough to simply apply moral laws to those living in ‘irregular’ situations, as if they were stones to throw at people’s lives.” In this statement, the pope once again images what is clearly the wrong stance. A teacher or a parent who takes delight in enforcing the rules, in exercising their power, is not understanding their job correctly. Similarly, a cleric for whom rule enforcement takes priority has probably misunderstood what is supposed to be going on in Church.

But what is the right stance? As I wrote yesterday at Catholic Moral Theology, the right stance is… complicated. It is not something that should be universally prescribed, especially in light of the fact that individual and cultural circumstances vary so widely. But whatever the right stance is, it must negotiate a path that incorporates authority into a pastoral relationship of service. For many centuries, the Roman Catholic Church has had to struggle forward in overcoming tendencies within itself to view and act upon “authority” in worldly ways. The Church has had to divest itself of worldly ways, and it has not always been easy. That struggle continues here. At the same time, at least in today’s world, it must negotiate a culture in which the very notion of “authority”—particularly in matters religious—is understood very poorly, if at all. Lessons on this can and should be learned from the kinds of models we have—the parental model, the teacher model, the coaching model, the models of religious life—that try to negotiate the exercise of authority while preserving the ultimate orientation to service. The emphasis on preparation for marriage in the document is exemplary of a location where it is more likely the Church can get this balance right. And that will happen over time, which means we’ll have to endure some muddiness in the meantime. But let’s take up the challenge of that. Yes, this document is ambiguous. Perhaps we as a Church can sense the opportunities possible if we live into that ambiguity, rather than prematurely close it down in one direction or the other.

What is Written in Our Hearts?