Christmas Is a Time for Justice

Why ‘In Bruges’ Should Be a New Holiday Classic
By B. D. McClay
Movies
Spirituality
Liturgy 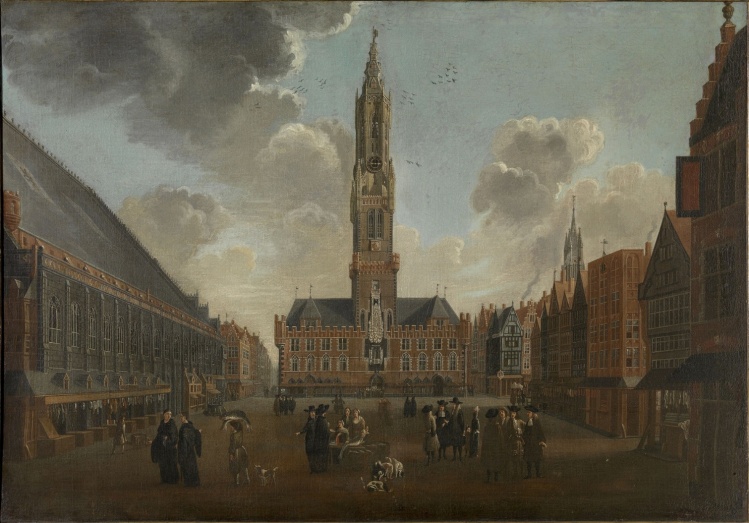 Every year in the lead-up to Christmas we are treated to arguments about Christmas movies, and every year a contingent of wise guys declare that the best of them is Die Hard. (One might call them the try-hards.) I have never seen Die Hard but I don’t really need to have seen it to dispute this claim. Nor—if you’re playing this game—is the best Christmas movie Eyes Wide Shut, the Stanley Kubrick film in which Tom Cruise and Nicole Kidman try to cheat on each other but never seem to manage it. And it certainly isn’t Elle, the Dutch drama about a woman who is blasé about her own rape.

In Bruges is the story of two hitmen who are instructed to hide out in, well, Bruges after a hit goes wrong. It turns out one of the hitmen, Ray (played by a very winning Colin Farrell) was sent to kill a priest but accidentally also killed a child with a stray bullet. There Ray and his mentor-slash-handler Ken (Brendan Gleeson) await a call from their boss, Harry (Ralph Fiennes). Incidentally, it’s also Christmas. It turns out that they’re in Bruges because Harry wanted to do one nice thing for Ray before he had him killed. “If I had killed a little kid,” Harry tells Ken, “accidentally or otherwise, I wouldn’t have thought twice. I’d have killed myself on the fucking spot.”

So maybe this isn’t a movie you will want to watch with your family. It’s violent and often crude. Christmas is practically never referenced, though it’s ever-present in the background (they do stay in an inn run by a pregnant woman) and the death of the child will make any religiously literate viewer remember the Holy Innocents.

Christmas marks the time when accounts begin to be called in.
sharetweet

All these various actions and reactions echo and reinforce the single big act of violence that can’t really be made right. The movie builds up Ray as a sympathetic person without ever really letting you forget that he did kill a child, that that child isn’t coming back, and that whatever happens—if Ray dies or doesn’t die—the child will stay dead. Furthermore, the person in the movie most aware of this is Ray himself, who tells Ken at one point that he wants to die and who is clearly incapacitated by his guilt. Killing Ray might be necessary or just, but because death is involved, it can’t, and won’t, make anything right. And yet somebody has to be on the hook for this.

I’m not going to go into the ins and outs of what happens in the movie, or how it resolves—or does not resolve—this problem of justice. But, like Christmas, In Bruges gestures explicitly toward the end of the world and the last judgment; and, like Christmas, the question it poses is what it might take for this world to be redeemed, for justice to be satisfied without giving up on mercy or repentance. What we see in the movie suggests that a world only of righteous consequences doesn’t end well, even if a world without them might be even worse. Above all, it’s a movie that takes sin and love seriously.

This is what Christmas art does, or at any rate should do. Most of the great Christmas carols focus not only on the downward motion of the incarnation, but the upward motion of man to God. In “Hark! The Herald Angels Sing,” the angels proclaim “God and sinners reconciled,” while Christ, who is “pleased, as man, with men to dwell” mildly “lays his glory by / born that man no more may die.” “A Virgin Unspotted,” meanwhile, lays it all out pretty bluntly:

A Virgin unspotted, the prophet foretold,

Should bring forth a Savior, which now we behold.

To be our Redeemer from death, hell, and sin,

Which Adam’s transgression had wrapped us in.

Christmas is an incomplete moment in the larger structure of salvation, which is part of why its mood is so apocalyptic. As with every Christian holiday except Easter, no joy is undarkened by sorrow, no sorrow is without its joy, and so Christmas music can be triumphant and yet mournful. A carol like “God Rest Ye Merry, Gentlemen” is joyful and sung in a minor key. Christmas looks backward to everything that has led up to this moment and forward to all the suffering yet to come. Every promise is going to be fulfilled, even if the fulfillment of that promise is not what we expect or even exactly desire. We give gifts at Christmas, in part because God’s love is freely given. But Christmas also marks the time that accounts begin to be called in.

In Bruges pivots around a moment in which Ken, knowing Ray to be under a death sentence, nonetheless stops him from killing himself out of guilt. “I’m allowed to!” protests Ray, to which Ken barks back “No, you’re not.” Submitting to justice might mean something more painful and more unexpected, like putting down the gun and going on living, than the punishment we’d select for ourselves. But whatever justice looks like in this world—a question perhaps particularly fraught for the church at this time—the beginning of it looks like Christmas: choosing light over darkness, joy over sorrow, and life over death.