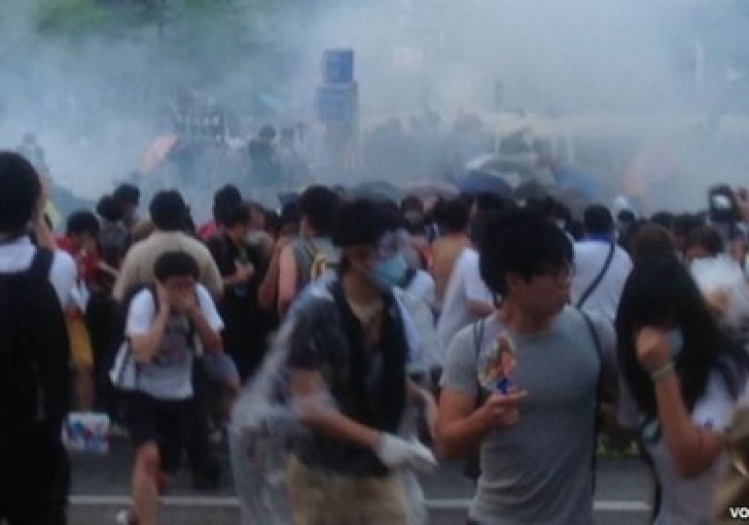 China may be said to confront four current categories of challenge. The first is easiest and comes from the island entities and states in southern Chinese waters who challenge China’s claim to complete sovereignty in the region, comparing its rivals there with the minor states and monarchies that in the past recognized the supremacy of the Middle Kingdom and paid tribute to it. In the long term China’s leaders assume that such a relationship with its China Sea neighbors will eventually be restored, and this seems not unlikely. Vietnam, which seceded from China in the tenth century, would seem the most likely to maintain its independence.

The second threat is a great rival state of its own rank capable of challenging its government and imposing its own sovereignty or dynasty. I would think that China has only faced such a challenge from those peoples on its periphery in a time of troubles, imposing themselves upon a dynastic rule no longer capable of defending itself, as from Manchuria or the Himalayas. The obvious recent case was that of the Manchus, who ruled from the seventeenth to twentieth centuries.

Today such a “great rival state” is the United States, a threat because of its immense military and economic strength and its Pacific deployment by way of bases and major allies. But it offers only a military threat to China, and in the case of success, military occupation—which inevitably would be limited in scope, if possibly lengthy. In the end it would undoubtedly fail because of what might be called the civilizational incompatibility between China and the United States. In the case of Japan this cultural incompatibility does not exist, but it seems improbable that Japan in the future -- because of the differences in population and geographical size -- would ever again enjoy the immense power advantage over China that it did in the 1930s and 1940s.

The third logical challenge comes from the separatist state or “renegade province,” as Beijing describes the case of Taiwan, and these days the “Special Administrative Region” of the People’s Republic, namely Hong Kong, both of which are expected to eventually reunite with China proper.

The rebel province is Taiwan (“the Republic of China”), which the People’s Republic considers a breakaway portion of China existing separately since General Chiang Kai-shek and his Nationalist Government of China was driven to take refuge there and was given protection by the United States. That ended in 1970, when Washington recognized the People’s Republic as the government of China.

The Taiwan government maintains informal relations with the United States by means of nonofficial institutes. Taiwan currently aspires to “state-to-state relations” with Beijing, as the present government seeks independence but has never actually claimed it. The question of whether the United States would defend Taiwan if China attempted to seize it is never been answered, but China is prepared militarily for such an eventuality, and a large segment of the political class in the United States and of public opinion would seem to favor the defense of Taiwan.

However, what amounts to a potential separatist state already exists in Hong Kong, where in 1997 the existence of “one country, two systems” was accepted as henceforth describing the relationship to China of the former British crown colony.

Hong Kong was ceded to China’s sovereignty under an agreement which granted it for the next fifty years a high degree of executive, legislative, and judicial autonomy, including the power of “final adjudication.” This became part of the basic law of Hong Kong (until 2047). But what it actually meant was conveyed by the fact that this was a temporary condition which would conclude with Hong Kong a becoming a whole and entire part of the Chinese People’s Republic.

That is, it would if there is still a Chinese People’s Republic in the year 2047. There will assuredly be a China. But forty-four years ago there was, in the official judgment of the United States, no Chinese People’s Republic, only Nationalist China on Taiwan. Nationalist China was established in 1912 by Dr. Sun Yat-sen, a western-educated Christian, today considered by both sides in China as the founder of modern China.

Between his day and the present day, China has been ruled by two dictatorships, the military dictatorship of General Chiang Kai-shek (“Generalissimo,” as he was known to westerners during the second world war, when he was one of the “Big Four” along with Roosevelt, Churchill, and Stalin). He had reunited a China fallen to warlords in 1928, and then fought Japan in the Second World War, and after that the Communist Party dictatorship of Mao Tse-tung -- which, to the greatest extent possible, avoided the Second World War, hoarding its resources and men for the postwar struggle with Chiang, which it won despite Washington’s support for the Nationalists.

Now another dictator seems to be emerging from the Chinese Communist Party, President Xi Jinping, who took charge of a time-worn and increasingly corrupt party just two years ago. It was a party that under his predecessors had inflicted on China two of the greatest human disasters China has ever suffered, the “Great Leap Forward” of 1958 to 1961, and the “Cultural Revolution” of 1966 to 1976. The former was accompanied by a famine in which an estimated 18 million to 45 million people died.

President Xi Jinping has shown himself a strong and uncompromising leader, ruthless in attacking corruption and re-installing discipline in the party that has ruled the Chinese nation since driving Chiang and his forces to Taiwan in 1949. He has insisted that he will tolerate no concessions to the calls for electoral and governmental reform now being made in mass demonstrations in Hong Kong. The analogy with the tragedy of Tiananmen is now widely made.

President Xi has in the past attributed the fall of Communism in Russia and the Warsaw Pact countries to the “weakness” of Mikhail Gorbachev’s program of “restructuring” and truth-telling (“glasnost”). Obviously he intends to offer no such compromises. Without them, it would seem that the choice he prefers is to reopen the possibility of repeating the horrors of Chinese Communism’s past.