Charleston & the Politics of Evasion 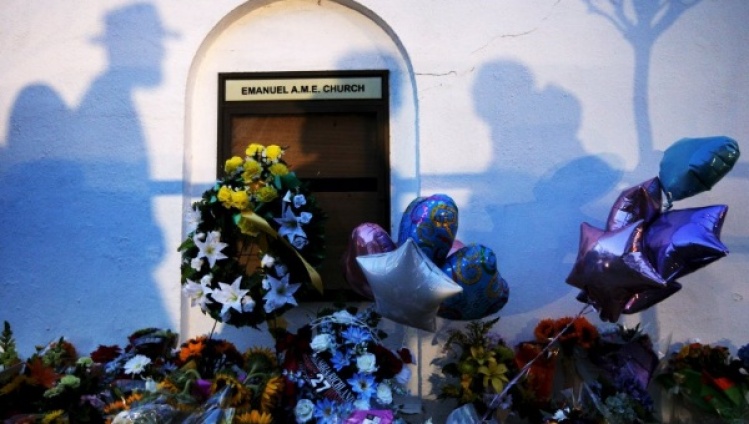 We Americans are exceptionally good at evasion when we want to be. Our skills in this sphere are particularly impressive on the matter of race and the subject of guns.

Nonsense, you say. Have we not been talking about race and racism for our entire history? Our conversations have been especially intense in recent years—about the response to President Obama as our first African-American president, about sentencing reform and the over-incarceration of men of color, and about the wave of highly publicized police shootings of African-Americans.

As for guns, don’t we have moments of national soul searching after every big tragedy involving firearms? The fact that we don’t act, it is said, reflects the politics of guns, not a failure to confront the issue.

But anyone who has ever been involved in an uncomfortable conversation of one kind or another—meaning all of us—knows that it’s possible to talk and talk and never get to the nub of the matter. There are strategies of evasion within even what appear to be probing dialogues.

And so it is with our reaction to the murder of nine worshipers at the Emanuel African Methodist Episcopal Church in Charleston, South Carolina, a house of God with historic associations to the movement to liberate African-Americans from slavery and oppression.

Right off the top, anyone who wants to discuss the implications of this shooting is scolded for “politicizing a tragedy.” We are told we must “heal” and “mourn” first, that it’s “disrespectful” to the victims to ask what this slaughter means and what we must do as a nation. Thus is real debate delayed until the moment of urgency passes. In a media culture with a short attention span, there is no surer way to contain and marginalize the hard questions.

The evidence is overwhelming that the twenty-one-year-old confessed shooter, Dylann Storm Roof, is a white supremacist in a state that was at the forefront of resistance to civil rights. South Carolina’s “Declaration of Immediate Causes” for secession in 1860 made clear that a defense of slavery was at the heart of its departure from the Union.

Evasion of how deeply embedded race is in this event takes two forms. First, discussions of Roof’s possible motivations are ruled out of order because he is clearly deeply disturbed. The Wall Street Journal editorialized that explaining Roof’s “homicidal rage” is “a problem that defies explanation beyond the reality that evil still stalks humanity.” The very particular nature of the evil here is clouded in the vagaries of individual madness.

As for secession and racism, the evaders insist that South Carolina, a state that now has an African-American United States senator, is long past all this. Which begs the question: If this history is all about yesteryear, why does South Carolina continue to fly the Confederate flag on the grounds of its state Capitol? It’s about “heritage,” we’re told. But the nature of that “heritage” is cloaked in the mists of battlefield bravery in the Civil War. And the flag was put up in 1962 as the civil rights movement gained strength. Resistance to racial equality is central to the flag’s heritage.

As for our truly twisted national policies on firearms, even advocates of sane gun regulations are so discouraged that they don’t even try to rally us to action when horror strikes. Obama spoke plainly when he declared that “this type of mass violence does not happen in other advanced countries ... with this kind of frequency.” But then he acknowledged that “the politics” of guns forecloses doing much at all. At best, he hoped that the American people will “at some point ... come to grips with it.”

But when will we arrive at such a point when the first argument of the gun lobby is that the solution to the problem of too many guns is—more guns? We now have an estimated 270 million to 310 million guns in the United States. Will another 10 million, 20 million, 100 million make us safer? Must we all be ready to pack heat when we go to pray for salvation from violence and hatred?

Are our politics so demented and our senators and house members so cowardly that they cannot even pass laws to keep guns out of the hands of the troubled, the insane and those with a history of violence? Apparently so.

Millions of words will be written and spoken about the victims in Charleston. We’ll deal with everything—except the need to change.