The Challenge of Being Hillary 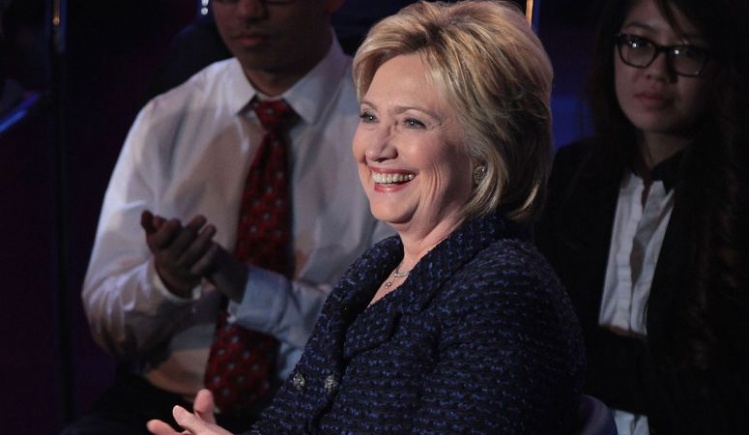 It has never been easy to be Hillary Clinton.

Evidence for that proposition is already in the minds of many who are reading this: What do you mean Hillary hasn’t had it easy? Would she even be in this race if she hadn’t been married to Bill Clinton? Would she have been elected to the Senate from New York? Would she have received all those speaking fees?

See what I mean?

Few people are as assiduous as she in learning lessons from past failures. In 2008, her staff was a jumble of conflicts. So for this campaign, she has put together a relatively harmonious operation. The last time around, she was outmaneuvered by a Barack Obama campaign that understood the delegate selection rules cold. So Clinton hired on many Obama ‘08 veterans and is as hip to the small things as to the big things.

And if you like policy, she sure as heck is giving you a lot of it. Her proposals on issue after issue are detailed, plausible, and progressive. It’s said that she has moved left in response to the challenge from Bernie Sanders. Of course she knew where the danger to her would come from in the primaries. But because everything she does is assumed to be about politics—and not in the best sense of that word—the actual substance of what she’s saying is usually swept aside.

If you gather from this that I have a more favorable view of her than the current conventional wisdom prescribes, you’d be right. As a friend said recently, there is the Methodist-youth-group side of Hillary Clinton that people don’t pay much attention to, the moralist who was moved by Christian social justice concerns away from the conservatism of her family. (I may empathize with her conversion because a similar thing happened to me as a Catholic.) Her earliest work was on behalf of poor kids and migrant workers.

Yes, she eventually wanted to make some money and, yes, that desire caused her a variety of public embarrassments (see: cattle futures and speaking fees). But all this seems to be held against her far more than it is against other politicians who did very similar things. The big upside to being named Clinton has a steep downside: Everything she does arouses automatic suspicion and controversy.

And in Sanders, she has an opponent whom every progressive (myself included) instinctively likes. Sanders’s willingness to declare himself a democratic socialist helps him more than it hurts him among Democrats: His boldness plays well against Clinton’s reputation for political calculation. Hearing Sanders, you just know that he means exactly what he says.

The first two states to vote, Iowa and New Hampshire, are demographically well set up for him, and his strength in both is entirely predictable. (For what it’s worth, I said last October—and it took no genius to see this—that he could win both.)

Moreover, after seven years in which Democrats felt constantly on the defensive against waves of Republican attacks, Sanders’s “Here I stand, I can do no other” approach is a tonic.

It’s the Obama Paradox. The president has a 91 percent favorable rating among Iowa Democrats (which is why Clinton is hugging him so closely). But many Democrats who admire him still wish he had been more aggressive in sticking it to the GOP. They identify with the Sanders who told me (and anyone else who’d listen) back in 2010: “While Obama and the Democrats have a large number of achievements, it was not enough. We needed to be bolder.” Most Democrats want to be bolder now.

My hunch is that Clinton’s stock is being undersold. After Iowa and New Hampshire, the contest moves to ground far more favorable to her. Her standing in most national polls of Democrats remains strong, and large numbers of Sanders’s sympathizers also have a positive view of her.

But Sanders’s new ad built around Simon & Garfunkel’s song “America” is a warning to Clinton: It brilliantly captures how his campaign, like Obama’s, feels like a movement. It is a cathartic expression of Democratic frustration with prudent pragmatism in the face of Republican intransigence.

The quietly rational Methodist who observed in 2008 that the “celestial choirs” rarely sing in politics and that she is under “no illusions about how hard this will be” was quite right about governing these days. But someone for whom nothing will ever be easy still needs to find her own brand of inspiration.