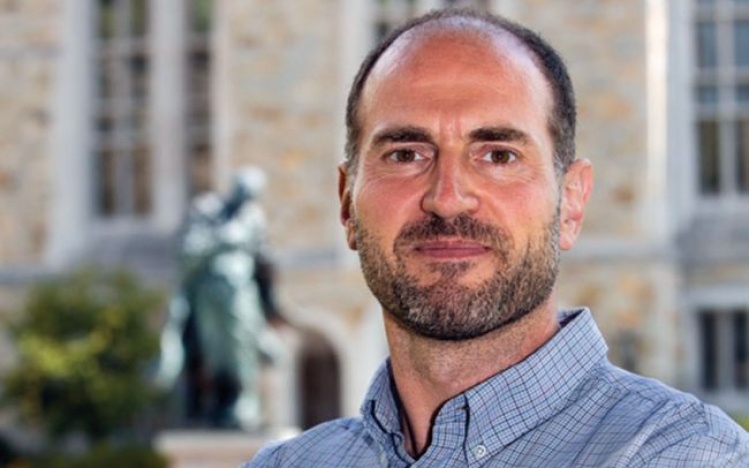 From 1976 to 1983, during a brutal campaign by the ruling military junta to “purify” society by eradicating leftist dissidents, security forces in Argentina snatched tens of thousands of civilians from their homes or the streets, smuggling them to prisons and detention centers to be interrogated, tortured, and sometimes raped. Most of these victims—between fifteen and thirty thousand people—were eventually executed. Many were women, and those who gave birth in prison had their newborn babies taken from them and given to new families. Many of the relatives of the victims never found out what happened to their loved ones, who became known as los desaparecidos, or the disappeared.

These dire events, at the time subsumed under the official rubric of the Process of National Reorganization (PNR), are popularly known as the Dirty War. In the decades since the country’s return to democracy in 1983, Argentines have struggled to come to terms with this legacy of violence. Successive political administrations have vacillated between granting full amnesty to the perpetrators and calling for investigations—in the process eventually bringing some of them to trial and sentencing.

A similar struggle for reconciliation is happening within the Argentine Catholic Church. In the 1960s, the vast majority of Argentines—some 90 percent—were Catholic. Church and state were closely linked, and the Catholic hierarchy enjoyed a privileged position; many members of the military government considered themselves Catholics and counted numerous clergy and Catholic civilians among their supporters. At the same time, hundreds of priests, clergy members, and laypeople became targets of the military regime. Influenced by liberation theology, Vatican II, and the Medellín conference of 1968, these Catholics felt called to transform the world by working for social justice, particularly by ministering to the poor. Their actions were viewed with increasing suspicion by the junta. The Dirty War, then, was a conflict between Catholic victims, Catholic perpetrators, and Catholic witnesses.

The Catholic Church and Argentina’s Dirty War, by the Boston College sociologist Gustavo Morello, SJ, offers an incisive and balanced assessment of these disparate Catholics and the roles they played in Argentina’s nightmare. Using in-depth interviews, memoirs, and government documents, Morello tells the disturbing story of six members of the La Salette religious order who were kidnapped, tortured, and imprisoned in the city of Córdoba in August and September 1976. His major contribution is to argue that in countries like Argentina, where the majority of the population is Catholic, terms like “Catholic” or “the church” must be broken down and categorized. “Often we think of Catholicism as a unitary faith, with an official doctrine, a hierarchy, and teachings that all members of the institution follow,” he explains. “But in fact Catholicism is multifaceted and diverse.”

Morello argues that Catholics in Argentina during the Dirty War should be categorized in three groups. First are the antisecular, conservative reactionaries who “wanted to rebuild a Catholic fortress to be defended against the world,” and who worked within the military dictatorship, or collaborated with it, to purify Argentina by “disappearing” the people they perceived as subversives—including those Catholics who worked with the poor. The second group, institutional Catholics, including many within the Catholic hierarchy, sought primarily to preserve the church’s privileged position vis-à-vis the state; as a result, they generally supported the military regime, avoiding public condemnations of human-rights violations—though, as Morello points out, many worked behind the scenes to come to the aid of persecuted citizens. The third group, committed Catholics, sought to confront poverty and inequity in society. This group was the one targeted for state repression, and it included the La Salettes, a missionary order working in Argentina’s poorest neighborhoods to educate and advocate for residents.

The ideological divides between Catholic groups arose within the context of a repressive turn within Argentina’s politics. For several years before the military dictatorship, Argentine society had been plagued by violence: guerilla uprisings by radical leftists, and subsequent reprisals by the weakened Peronist state and its paramilitary gangs. As a result, wide swaths of society—including the church, businessmen, union leaders, the media, members of the middle class, and intellectuals—supported the military takeover, seeing it as the only way to bring peace to the country, and never imagining the bloodshed that would result.

Argentine Catholics were further divided by the geopolitics of the Cold War. Throughout Latin America during the 1960s and ’70s, military dictatorships waged counterinsurgent warfare against “enemies of the state” (leftists or those accused of being leftist), with substantial financial and logistical support from the U.S. government. These dictatorships justified extralegal measures such as torture, interrogation, detention, and execution in the name of the anticommunist campaign. In Argentina, President Jorge Videla and other state leaders, paranoid about Marxist infiltration of the church, branded Catholics who worked with the poor as communists—“enemies who misinterpreted Catholic doctrine”—and trumpeted the state’s “divine mission” to purify Argentine Catholicism by ridding the country of “compromised” Catholics. By the mid-1970s, raids, attacks, and assassinations of Catholic clergy had become almost commonplace.

The La Salettes of Córdoba, who focused their pastoral work on the poor and working-class, knew that local intelligence officials had targeted them as potential subversives. On August 3, 1976, police burst through the door of their modest living quarters, ransacked the house, and captured five seminarians and Father James Weeks, a North American priest. (An American nun was released the same day.) In short order, the La Salettes were blindfolded, bundled into a car, and taken away, first to Córdoba’s Encausados prison, and later to La Perla prison, one of the Videla regime’s numerous clandestine detention centers. During their imprisonment, they suffered violent interrogations, horrific sanitary conditions, lack of food, and separation from friends, family, and one another.

YET THE LA SALETTES were luckier than most. James Weeks, the U.S. priest, had a brother in politics, and he raised an outcry at home in Massachusetts. Eventually, the United States successfully pressured the Argentine government to release Weeks, which it did on August 17. Freed and returned to the United States, he joined a number of other human-rights advocates to help secure the release of the other seminarians on October 9. They promptly went into exile in the United States, returning to Argentina only after the military dictatorship was toppled.

According to Morello, the story of the La Salettes, and of many other Catholic victims of the Dirty War, reflects a breakdown in cohesiveness within the Argentine Catholic sphere that was not merely political, but theological. Antisecular Catholics held power, and they defined the Catholicism that was acceptable to the state, with tragic consequences. When the La Salette missionaries were imprisoned, Morello notes, they were not permitted to attend Mass or receive Communion from prison chaplains—a “de facto excommunication” effected through the complicity of institutional Catholics, who during the Dirty War let state authorities decide “who was or wasn’t Catholic.” Those authorities held a notably reactionary vision of Catholicism. In Videla’s Argentina, Morello writes, antisecular Catholics “sought a return to a mythologized past when all Argentineans were Catholic, in a church where there was no discord. Latin was taught, priests wore cassocks and lived in garrison-like big buildings, and the government took care of temporal matters as directed by the religious authorities.” Seeing themselves as “inquisitors” in a “holy war” whose goal was to root out “inauthentic” Catholics, they condemned the post-Vatican II church as an aberration, and committed Catholics—those who demanded justice for the poor—as subversives.

One of the most tragic elements of this story is the failure of institutional Catholics to stand with those committed Catholics who became victims of state persecution; indeed, this group’s fecklessness is the reason that many people view the Catholic Church in Argentina as having been an “accomplice” in state terrorism. Too many leaders within the Argentine church were cautious, overly respectful of authority, and, in some cases, “frightened to death” of the military. When they did help, it was generally behind the scenes, and on a case-by-case basis. And in some instances, they blamed the victims, as when the archbishop of Córdoba, Raúl Primatesta, scolded one of the released seminarians, insisting that “they didn’t take you for nothing, they took you because you did something.”

Such attitudes prevented many Argentine Catholics from viewing their coreligionists as truly Catholic, and from perceiving the necessity of defending them from the depravities of the military regime. It is notable that three of the six freed La Salettes ultimately left the order. Perhaps they were disillusioned by the fact that the church, to which they had been devoted, had abandoned them in their hour of need. By the time the Dirty War ended, Morello reports, well over a hundred Catholic religious workers had been killed. His book offers a compelling look into a tragedy that still resonates in Argentine society, taking us back to a time and place where competing definitions of what makes for a “good Catholic” could be deadly, and far too often were.