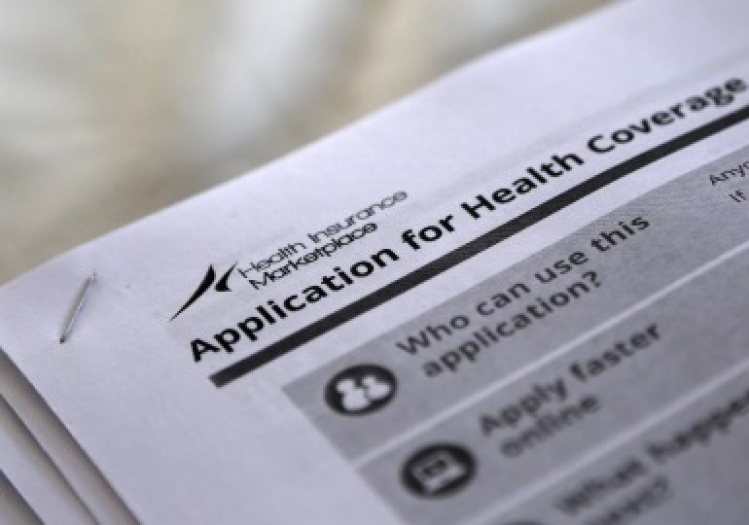 Barack Obama, it seems, is a big believer in the power of nagging. “I ask every American who knows someone without health insurance to help them get covered by March 31st,” the president said during his recent State of the Union address. “Moms, get on your kids to sign up. Kids, call your mom and walk her through the application. It will give her some peace of mind—plus, she’ll appreciate hearing from you.”

The president wants you to call your mom because March 31 is the end of the open-enrollment period for the Affordable Care Act; most people who don’t sign up for health insurance by then will have to wait until October for another chance. The deadline will no doubt launch a thousand columns lamenting the chaos of Obamacare. But in fact, things are looking up for the ACA (see "Give It To Us Straight, Doc"); and with enrollment numbers rising and the federal government’s troubled enrollment website stabilized, perhaps it’s worth looking back at the madness that gripped America’s pundits just a few months ago—when choruses of Chicken Littles claimed not only that the health law’s troubles would cost Democrats the 2014 midterm elections, but that they endangered the future of liberalism itself.

Washington hates the month of November, dread focal point of convulsive worries about job security for members of Congress and their staffs. Though last November didn’t feature a federal election, it nonetheless offered plenty to worry about, at least for Democrats. That’s because on November 13, the Obama administration released data about the number of Americans who had signed up for health insurance during the first month of enrollment for the ACA. The numbers were terrible. A mere 106,000 people—around two-tenths of 1 percent of America’s 48.6 million uninsured—had signed up in October, with fewer than 27,000 using the federal government’s enrollment website. The website, in short, was essentially nonfunctional.

America’s pundits lost hold of their senses. Ignoring the fact that numerous provisions of the ACA were already in place and broadly popular (allowing children to stay on their parents’ insurance until age twenty-six, forbidding discrimination against children with pre-existing conditions, narrowing the Medicare “doughnut hole,” ending lifetime limits on payouts, etc.), many commentators chose to see in the paltry enrollment numbers an impending apocalypse. On November 4, just thirty-five days after Obamacare’s insurance exchanges opened for business, National Journal’s Ron Fournier asked whether “insularity, incompetence, and deception” would “doom” the health law; two weeks later he followed up by warning that Obamacare “may be Obama’s Katrina [or] Iraq.” On November 18, Politico, the publication that prides itself on “driving the day” in D.C., warned of “Obamacare’s danger to liberalism,” quoting conservative columnist Charles Krauthammer. And on November 24, the New Republic ran a story by editor Franklin Foer direly predicting irreversible damage caused by the “impressions of government ineptitude” linked to the ACA’s rollout. Even the Washington Post’s normally level-headed Ezra Klein warned that the law’s problems could cost Democrats the 2014 elections—never mind that the party of a sitting president almost always loses midterm elections. Liberalism, it seemed, had suffered a key defeat, one that endangered not only the rest of Obama’s presidency but also the Democratic Party and all future prospects for government social action.

Some of this panic was born of disappointment. There’s no doubt that the Obama administration and its contractors badly bungled the ACA rollout. The president himself had called a successful rollout his top priority, reportedly telling advisers that “nothing else matters” and “we’ve got to do it right.” Yet the White House seemed blindsided by the website’s problems. The president accepted blame, and rightly so. The New York Times and CBS News reported that he and his senior staff had delayed work on key parts of the website until December 2012, for fear that negative coverage might hurt his reelection effort—an act of political cowardice that came back to bite them. Nor should the president or his allies have made a promise—“if you like your plan, you can keep it”—that they couldn’t keep. (The truth is that many Americans whose plans have been canceled will end up getting better plans for less money—all the more reason Obama and his team should have been honest.)

But important as it is to call out the administration’s failures, it’s also important to see the November panic for what is was: silly. There’s no excuse for comparing a health-insurance program to a hurricane that killed nearly two-thousand Americans, or a war that killed even more. Nor was it wise to draw conclusions about the future of a massive government program from its first few weeks. As many commentators have noted, Medicare Part D, the prescription-drug benefit created under George W. Bush, was less popular at its outset than Obamacare. And when Medicare itself launched, in 1965, no one was sure whether it would succeed—then, in less than a year, 93 percent of eligible seniors signed up. Like these social-insurance programs, Obamacare will no doubt be improved over the coming years (remember, it took nearly half a century for Social Security to cover 90 percent of Americans).

In addition to being ahistorical, prognostications of doom for the Affordable Care Act also ignored the fact that President Obama won reelection in 2012, and any changes to the law will have to win either his approval or a veto-proof majority in Congress. But silliest of all, perhaps, was the idea—advanced by pundits ranging from Krauthammer to TNR’s Foer—that the government incompetence evidenced in the botched ACA rollout presents some sort of existential threat to liberalism. Unlike some others who weighed in on this issue, Foer is well aware of how previous liberal social programs rebounded from troubled rollouts. But this time, he argued, is different:

Fortunately for the New Deal, Twitter didn’t broadcast every farmer’s sad encounter with the Agriculture Adjustment Act. But the culture of modern Washington, with its hyperventilating media and legislative saboteurs, takes pornographic pleasure in magnifying failures—which in turn erodes the public’s willingness to give liberalism another shot.

Actually, it’s far from clear that this “magnifying” effect has undermined the public’s support for liberalism. In fact, Gallup’s polling on American ideological identity suggests the opposite trend: in 2013, 23 percent of Americans self-identified as liberals, the highest percentage since polling on the subject began in 1992.

So while the culture of Washington and its hyperventilating media may have changed, the difficulty of changing people’s politics hasn’t. After all, it’s not as if people simply read a bunch of tweets on some issue and then change their beliefs. When new legislation is introduced, we don’t consult policy experts in order to make up our minds; rather, we tend to muster whatever evidence we can find to back up what we already believe. Politically, this means following the lead of your party. Most people who hate the Affordable Care Act hate it because they vote for Republicans, and most people who like it like it because they vote for Democrats.

Breaking out of these ideological fetters is no small feat, and if there’s any evidence to suggest that Twitter and the twenty-four-hour news cycle make it easier, Foer doesn’t present it. If anything, the segmentation of media into left-wing and right-wing outlets means that ever more Americans are hearing news that reinforces what they already believe. Yet Foer, extrapolating from the questionable claim that the incessant reporting of Beltway scandals actually affects Americans’ opinions, concludes that “the earliest days of a policy’s existence have even greater significance”—and that as a consequence, liberals in the future will have to be more or less perfect. The next president’s challenge, he writes,

will be to ensure that her biggest legislative achievements—curbing carbon emissions perhaps, or expanding the Affordable Care Act—are impeccably implemented with the precision that her ancestors celebrated. She must contend with the new expectations that technology has set, with all of those devices that arrive in our hands seemingly glitch-free. That’s what the Obama administration somehow failed to grasp and what liberalism requires if it ever wants to replicate its greatest victories.

This is bananas. The next president’s ancestors did not, in fact, implement their government programs with “precision,” unless you count the ruthless efficiency with which they denied black people and women the protection of the state. We have simply forgotten the mistakes made by our liberal ancestors along the way, or at least Foer has. And forgive me if I fail to worship at the shrine of Blessed Steve Jobs. Even Apple has messed up—remember Apple Maps? Human beings are fallen. And governments, like corporations, are made of people. Those people sometimes go home early, get sick, pay more attention to their families than their jobs, zone out and skip a crucial bit of code, indulge in political cowardice, lie to their colleagues, lie to their bosses; they even lie to the president, who no doubt lies, too.

What the doomsayers of November couldn’t foresee was that more Americans would sign up for Obamacare in the first two days of December than in all of October. And hundreds of thousands more signed up during the first two weeks of January, pushing enrollment even higher. America’s top health insurers, meanwhile, have told the press and their shareholders that they don’t expect the law’s problems to hurt their 2014 profits—an indication that they expect enough enrollees (and the right kind) to make the law self-sustaining.

Government is messy because people are messy. The liberal project says that despite all that, some problems are so big and so pressing that they require collective action. The century-old liberal goal of health care for all isn’t about winning elections or scoring political points. It’s about making sure that sick people can get the care they need, regardless of their ability to pay. There will be setbacks along the way, but they don’t mark the end of the effort—just a signal to try again, to push harder, to make different mistakes. Eventually, we’ll get it right.