Can this Parish Be Saved? 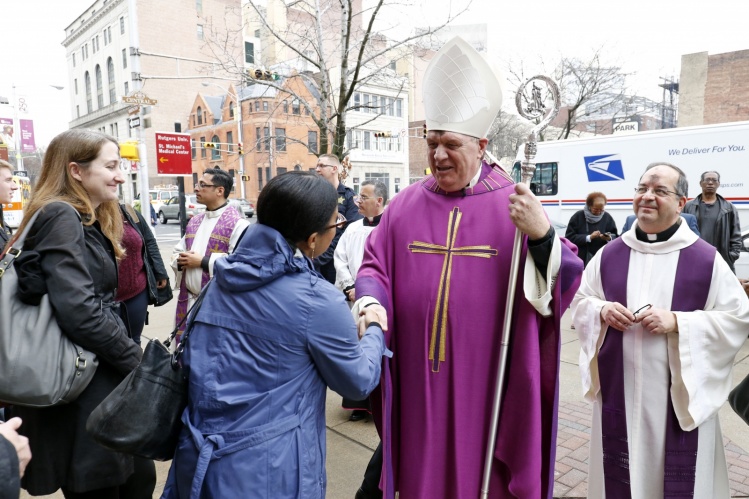 Parishioners at Our Lady of Mount Carmel Church in Montclair, New Jersey, say they were shocked last year when Newark Archbishop John Myers decreed that their parish should close and merge with one located a mile away. The parish was running a surplus, they said, and it consistently exceeded the fundraising goals given for the annual archdiocesan appeal. Its history dated to 1907, when Italian immigrants who felt unwanted at the nearby church started their own.

“It surprised all of us,” said Frank Cardell, who was the parish’s business manager and is now leader of the Committee to Save Our Lady of Mount Carmel Church. There was no warning, he said, and pleas to Myers met with “deaf ears.”

Dozens of other congregations have mounted similar “save our parish” campaigns and, according to Sister Kate Kuenstler, an independent canon lawyer who has assisted hundreds of congregations in forty-eight dioceses over the past twelve years, it’s quite common for bishops to shut parishes that are financially solvent. Often, she says, their land is eventually sold, allowing a neighboring parish that receives the new congregation to pay off debts owed to the diocese.

Mass continues to be celebrated at Our Lady of Mount Carmel Church and, according to archdiocesan spokesman Jim Goodness, “for the forseeable future, the church is still going to be used as part of the parish.” But the Montclair committee is looking for a firm commitment that the church will remain and hopes that Cardinal Joseph Tobin, the new archbishop of Newark, “is looking at it with a new set of eyes,” Cardell said, adding, “I think he would be more liberal to our cause.”

The two archbishops have demonstrated differing styles of leadership. Myers, a hardliner on doctrine, battled with the news media over his handling of clergy sexual abuse and reports that he spent $500,000 to expand his future retirement home, which already had five bedrooms. (He said it didn’t cost the archdiocese anything because the money came from a donor who designated it for that purpose.) Tobin, former archbishop of Indianapolis, is very much in the mode of the man who appointed him, Pope Francis. He’s already become a national figure as an advocate of Francis’s call for a more merciful and less officious church.

Parishes like Our Lady of Mount Carmel have been particular targets among the hundreds chosen for closure or merger in recent years. During the rush of immigration in the late 19th and early 20th centuries, bishops created national parishes as a necessary but imperfect solution to the intense ethnic rivalry playing out in their congregations.

Immigrants assimilated and demographics changed, but churches built as a labor of love and sacrifice remained, sacralized by the prayers and hopes of the generations who worshiped there. A Catholic church is imbued with the faith’s sacramental sensibility. As the Catechism of the Catholic Church quotes St. John Chrysostom, “You cannot pray at home as at church.”

It would be a pastoral blunder to make lay people feel they’ve been ambushed into losing a parish they’ve invested in spiritually, emotionally, culturally, and financially. In the case of Our Lady of Mount Carmel, Cardell said the Archdiocese of Newark made its move when the pastor retired. Parishioners were informed that their parish would be merged with nearby Immaculate Conception Parish, with the new entity named for St. Teresa of Calcutta, which occurred on the date of the saint’s canonization last Sept. 4.

Cardell said parishioners sensed that the pastor of the merged parish would “basically close the church.” They had wanted to start a Spanish-language Mass, which they believed would bring new life to their community where, Cardell acknowledged, the number of people receiving the sacraments had dropped.

Goodness said that there should have been no surprise from the Myers decree because the archdiocese, acting through its New Energies Parish Project, had begun encouraging parishes in Montclair to work together as far back as 2004. He said that at the start of New Energies, Myers had encouraged parishioners to offer alternatives if they didn’t like the decision that was made.

After Tobin got settled in Newark, parishioners at Our Lady of Mount Carmel were able to state their case to priests representing the cardinal. When Tobin visited a nearby parish, a member of Our Lady of Mount Carmel asked for his help. He responded that he would look into what occurred there but that he couldn’t promise he would rescind the decree that merged it, Goodness said.

Parishioners saw it as a positive step when Tobin transferred the pastor and brought in a new one who is an immigrant from Nicaragua—an indication that ministry to the Latino community in their church’s neighborhood would be expanded. “We really don’t have a problem with being merged with St. Teresa’s of Calcutta,” Cardell said. “Our desire is to get some affirmative action that we will remain open.”

Parishioners are suspicious that their parish was selected out of a desire to sell off its property, which is located near a train station and a planned 349-unit housing development. Kuenstler said it’s common that the parish selected for closure has no debts to the diocese and has a good real estate value. “They’re usually the ones that are merged with the parish that needs help with debt,” she said, adding that eventually, a recommendation is made to sell the property after the parishes are merged. Otherwise, she said, parishes could be linked through a common pastor without the formal process of a merger.

“The issue never was an issue of money,” Goodness said, but rather about declining signs of parish life: fewer baptisms, weddings, confirmations, and religious education students, and less Mass attendance. “There really was very little going on in the parish.” It had lively Italian societies, however, and drew attendance and donations from outside parish boundaries.

There is not much scholarly research on the impact that parish mergers have on the faith lives of the parishioners, but a 2003 study by the Conference for Pastoral Planning & Council Development (provided by the organization FutureChurch) suggests that linking parishes may be preferable to a merger. It found that more than 40 percent of merged parishes report a decrease in size, compared to only one in seven parishes that have been linked or share a pastor or have been assigned to a parish director.

Goodness said that overall, the archdiocesan process has been successful in re-creating parishes. “People do come to realize why change occurred,” he said. “They then become part of making change for the future.”

Meanwhile, Our Lady of Mount Carmel is among the many parishes in which members challenged a bishop’s decision in the Vatican legal system.

Kuenstler assists with these requests, but says it’s very difficult for petitioners to win because canon law—along with the Vatican interpretation of it—grants bishops wide latitude so long as the salvation of souls is not imperiled.

Part of Kuenstler’s ministry for the Poor Handmaids of Jesus Christ is to counsel the lay people who contact her, sometimes in tears, and walk them through their pain. “That’s what the bishops should be doing,” she said.