Can Faith Leaders Get Through to John Kelly? 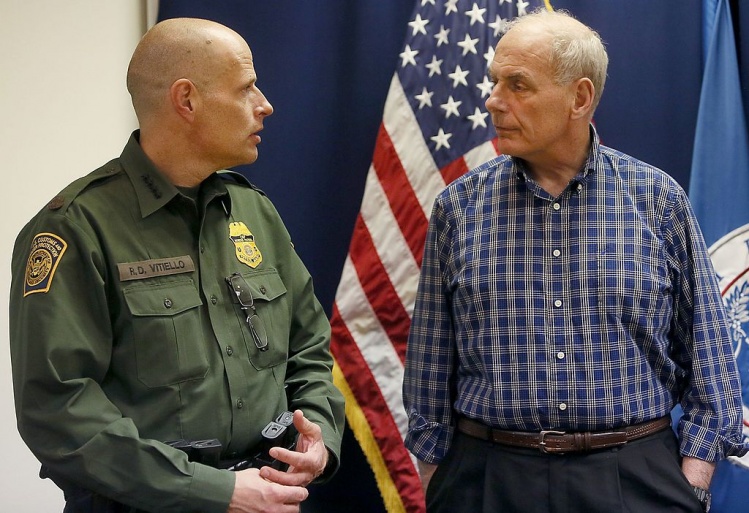 John Kelly, the Secretary of the Department of Homeland Security, is an Irish Catholic who grew up in the Brighton neighborhood of Boston. He has a Jesuit university on his resume, having earned a master's of security studies at the Georgetown School of Foreign Service. By all accounts, he takes his faith seriously. But as Pope Francis and many U.S. Catholic bishops continue to demand an end to the cruel dehumanization of immigrants, Kelly oversees an agency whose ramped-up immigration enforcement is destroying families and shattering the lives of people who pose no threat to security. During recent congressional testimony, Kelly, one of the most influential Catholics in the Trump administration, described the crossing of the border by young unaccompanied minors fleeing violence and gangs as part of “a huge scam,” a statement of stunning callousness.

More than sixty Catholic university presidents are now requesting a meeting with Kelly to clarify the agency’s posture toward recipients of Deferred Action for Childhood Arrivals (DACA), an Obama-era policy that provided relief to undocumented minors brought to the United States by their parents. Many of these young “Dreamers” have been leaders in their communities, on college campuses, and in advocacy efforts to fix a broken immigration system. Patricia McGuire, the president of Trinity Washington University in the District of Columbia, where a high percentage of students are immigrants and the first in their families to pursue higher education, frames it well: “No nation can claim greatness by treating our youth as dispensable because of conditions for which they are not responsible,” McGuire said. “We reject as cruel and immoral, and will resist to the greatest extent possible, any government effort to harm our students and their families.”

Kelly has argued that his agency only goes after serious criminals. This doesn’t pass the smell test. As the Washington Post reported in April, immigration arrests rose 32 percent in the first weeks of the Trump administration, while arrests of immigrants with no criminal records doubled. Trump campaigned on getting rid of “bad hombres,” but  consider these cases:

Feel safer because of any of this? I don’t either.

We need more Catholic leaders to speak up with urgency and challenge the Trump administration. Cardinal Joe Tobin of Newark, New Jersey, is setting the pace. Here is Tobin addressing a conference of religion journalists and Catholic communications leaders in Brooklyn last month:

Now think about it, especially right now, with apparent one-party rule in our government: Congress and the president could pass comprehensive immigration reform tomorrow if they wanted to. Let’s be serious—this isn’t about border security. This is about being attentive to the reality of people who are already in our communities, most of whom are functioning even in their marginal shadow existence and making contributions to their communities. A person unbound by Christian charity would say that you really have to believe in inflicting cruelty on innocent people to choose to support the policies [on immigration] we’ve seen in recent months while possessing the power to change the law.

“Inflicting cruelty” is exactly right. Secretary Kelly would do well to think about that phrase, and take time to reflect on his faith’s teachings about the dignity of all immigrants.