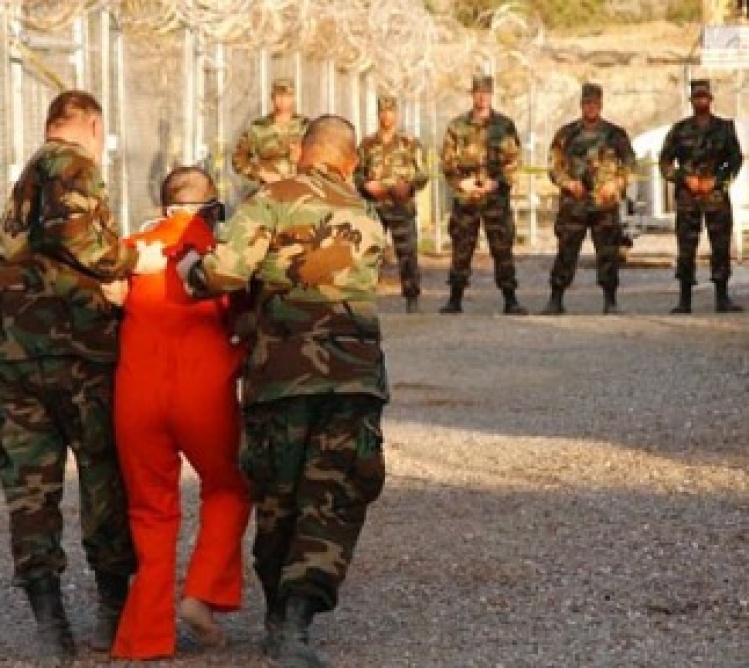 On the evening of April 15—the day two bombs exploded at the Boston Marathon, killing three people and wounding more than two hundred eighty—President Barack Obama vowed that those responsible “will feel the full weight of justice.” In light of the country’s history of injustice in dealing with suspected terrorists since 9/11, Obama’s vow was less a threat than a promise.

That dark history is detailed in an exhaustive report released April 16 by the bipartisan Constitution Project’s Task Force on Detainee Treatment. The report examines the decisions made by President George W. Bush and his administration regarding the treatment of detainees, from seeking legal justification for the mistreatment of prisoners and using the state-secrets privilege to deny torture victims legal redress, to turning over detainees to the custody of countries where they were likely to be tortured, to holding and interrogating prisoners in secretive “black sites” around the world. Reviewing the establishment and operation of the prison at Guantánamo Bay, which was intended to keep detainees outside the reach of U.S. law, the report finds that Guantánamo became “a symbol of the willingness of the United States to detain significant numbers of innocent people (along with the guilty) and subject them to serious and prolonged privation and mistreatment, even torture.”

Obama has resisted attempts to expose government wrongdoing in these matters, saying he prefers to “look forward” and not back. Even looking forward, however, requires acknowledging the plight of those still held at Guantánamo, many of whom have been there for more than a decade without facing any charges. In that time, the prison has changed from offshore interrogation site to warehouse for those swept up in the post-9/11 panic. Of the hundred sixty-six people currently held in the prison, the government has said it plans to hold forty-six indefinitely without charges: a review ordered by Obama found that they are dangerous but cannot be tried, often because abusive treatment has tainted the evidence against them. Another eighty-six have been approved for release since 2010 but remain in custody—the report calls them “victims of the complex legal and geopolitical politics the detention situation has produced.”

In recent months, an increasing number of desperate prisoners have engaged in hunger strikes to call attention to their plight. At the end of April, one hundred detainees were considered by the military to be on hunger strike. Those who have persisted longest are being force-fed—itself a form of abuse, according to the World Medical Association—to prevent them from starving to death. Reporter Carol Rosenberg found that at least four of those being force-fed are among those cleared for release.

At his 2009 inauguration, Obama pledged to close Guantánamo within a year, saying, “We reject as false the choice between our safety and our ideals.” But Congress blocked attempts to move detainees to the mainland, transfer others, and try accused terrorists in civil courts. Obama’s defense department could still authorize the transfer of the cleared detainees by issuing individual waivers. The president could also do much more to pressure foreign governments to accept those cleared of terrorist charges. But he seems to prefer the scandal of indefinite detention to pursuing the politically awkward remedies that justice and common human decency demand.

Meanwhile, even before the surviving suspect in the Boston attack, Dzhokhar Tsarnaev, was captured, Sen. Lindsey Graham (R-S.C.) and other Republicans were calling for him to be classified as an “enemy combatant” and held indefinitely for questioning without charges. Despite ample evidence to the contrary, some continue to insist that the most serious and effective response to terrorism—even domestic terrorism carried out by U.S. citizens—is to abandon our ordinary legal standards and procedural norms in favor of the rules that have governed the “war on terror.” “We should be focused on gathering intelligence from this suspect right now,” said Graham and his colleagues in a statement. This was just a few days after the Constitution Project’s report spelled out the dangers of that approach: in the case of Guantánamo, the report says, “the view of the detainees as an intelligence resource to be mined” rather than as captives to be brought to justice “contributed to the rapid escalation of the coercive techniques deemed acceptable.”

The detainees at Guantánamo are starving themselves to death because they have given up on American promises of justice. Their situation is a continuing scandal for the United States, and a reminder of the grave errors made after 9/11. The difficulty of restoring them to justice is reason enough to avoid making the same mistakes again in response to new acts of terror.

Letters: Abortion & Law; The Makings of a Saint