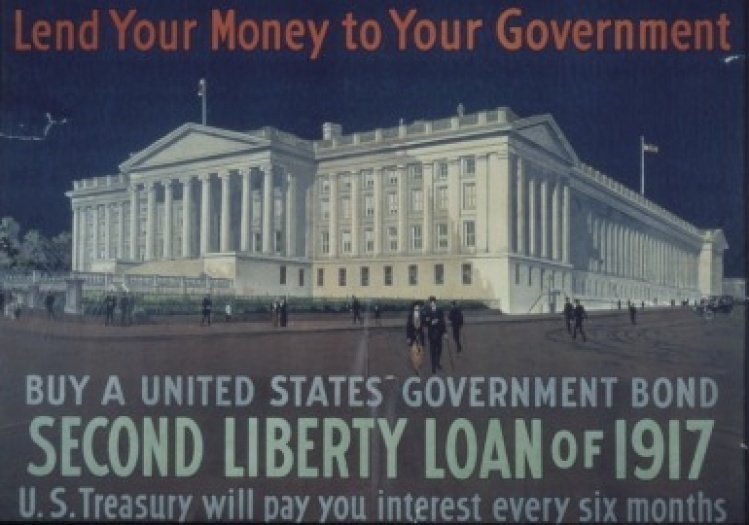 What is most scary about the possibility that Congress will fail to authorize an increase in the national debt limit is that no one really knows what the consequences might be. But it is not alarmism to fear that such a step could trigger a global recession.

To begin with, there is no hard-and-fast deadline. The outlays and revenues of the federal government are like two giant intersecting storm systems, so there is a useful vagueness about the government’s financial position at any particular moment, or even on any particular week. That creates breathing space for dragging out the charade in Washington before pushing the “default” button. But at some point, the government will have to start stiffing creditors and missing interest and principal payments on its debt, with results that could be very serious indeed.

The requirement for a congressionally approved debt limit is an old one, dating from the issuance of Liberty Bonds during the First World War. In the current budget process, the debt limit is determined by congressionally approved spending and revenue plans. So if Congress refuses to increase the borrowing limit, it is repudiating its own current budget and reneging on obligations lawfully incurred.

Legal scholars have proposed a number of ingenious ways to circumvent the debt limit. The Fourteenth Amendment provides that “the validity of the public debt of the United States…shall not be questioned,” which might give the president authority to continue to redeem debt. Any such step, of course, would instantly be challenged in federal courts, and a dragged-out lawsuit challenging the legality of debt issuance could be worse for the economy than the current confrontation.

U.S. Treasury obligations are the basis of nearly all other government and central-bank portfolios, the one unquestionably safe security. Blocking an increase in the debt limit so the government runs out of money—both to pay its current obligations and to meet interest and principal payments on its debts—could be a world-rattling event. Each new rumor from Washington has generated dizzying market swings. But the real risk is that rational markets will insist on a fundamental repricing of U.S. obligations if it seems likely the government will miss payments on its debt.

Something like that happened in the 1970s. In the wake of the 1973 repricing of Middle East oil, successive administrations recklessly attempted to inflate away the problem. By the end of the decade, the United States was forced to borrow abroad in Japanese yen and German marks. It was only the forceful quelling of inflation by the Fed under Paul Volcker and the strong recovery of the 1980s and 1990s that restored what Charles de Gaulle called America’s “exorbitant privilege” of using its own currency in foreign transactions. The average annual interest rate on long-term U.S. government bonds was 4.6 times higher in 1981 than it is now.

But the George W. Bush administration squandered the budget surpluses of the late 1990s in feckless tax-cutting and war-making, and then more trillions were stuffed into the maw of the Great Crash of 2008. It is only the weakness of the Eurozone and the still-rudimentary financial systems of China and other emerging Asian industrial powers that keep intact the old system of invoicing global commodities in dollars.

The most immediate impact of a default will be on countries—from the Middle East to East Asia—that currently hold trillions in surplus dollar balances. They will suffer major losses, which will accelerate the move toward trading in other currencies, something long-bruited by countries that resent America’s financial dominance. The United States will be punished as its own cost of borrowing rises substantially, and possibly permanently.

How would that work? When the market rate of interest rises, the value of outstanding bonds that pay a fixed rate of interest falls. Assume I have a $1,000 long-term bond that pays 5 percent interest, or $50 a year. Now assume the interest rate on new bonds jumps to 10 percent. If I have to sell my bond, its market value will adjust to reflect the current market interest rate. Since my bond pays only $50 a year, its current value will decline toward only $500 dollars, depending on when its principal is scheduled to be returned.

The effect on world trade could be catastrophic, as buyers and sellers attempt to reprice cargoes in midstream. When Jamie Dimon, head of JPMorgan Chase, said that a default “would ripple through the global economy in ways that you can’t possibly understand,” he really meant it. Yet the more enduring risk may be to the reputation of the United States, which would be seen as a country that allows a small band of congressional hardliners to risk a world recession in order to protest against duly enacted laws they don’t like.