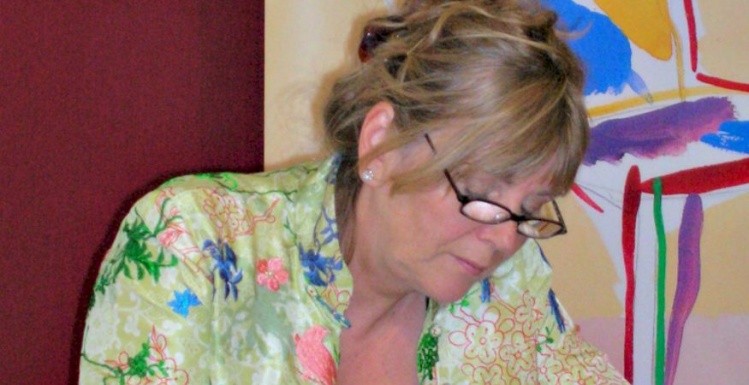 If it is only at its end that a life becomes possessed of shape and definition, that it can be seen in terms of achievement and happiness or the lack of it, then whatever final form it will seem to have taken will be mostly a product of accident. What if things had been different? What if the weather had prevented the doctor from arriving in time to aid a difficult birth? What if I had chosen a different college and never met the love of my life? What if she had? A tiny shift—the fabled flutter of a butterfly’s wings—and everything is changed.

Life After Life, Kate Atkinson’s latest novel, explores the “what ifs?” of a life. Ursula Todd, born in England in 1910, dies repeatedly through the novel: first at birth, again at sea, again off a rooftop, again of the Spanish influenza, again in Nazi Germany, and again in many and various other ways that it would spoil the delight of the story to list. But she is also born again—or, rather, she both dies and is saved from those deaths by minute shifts of circumstance. Just the way life is, except that we don’t get to see how our lives would have developed if things had been just a tiny bit different.

Those familiar with Atkinson’s earlier work, especially the four Jackson Brodie novels, will know how often coincidence figures in her books. In Case Histories, the first Brodie novel, a character mulls over the wish she would hope her fairy godmother might grant and knows what she would ask for: “She would ask to go back to the beginning of her life and start all over again.” And One Good Turn is built around a single coincidence, though Brodie dismisses coincidence as “just an explanation waiting to happen.” In all of Atkinson’s work, lives and histories interact in ways that seem extraordinary at times, and yet we know that real lives often revolve around such chance occurrences. In the Brodie novels, everything hinges on the coincidence of individuals in one event, and the story moves out from that event, following the individuals until their lives wrap around together into a loose kind of denouement.

In Life After Life, Atkinson folds coincidence and a kind of Borges-like fantasy into the framework of a classic English country-house novel. The people we meet are right out of the pages of Virginia Woolf or E. M. Forster, solid middle-class English types like those leading with their stiff upper lips in the classic World War II propaganda movie Mrs. Miniver. Both world wars figure in this novel, though it begins in the Edwardian era and ends in—or, more correctly, reaches—1967. As Ursula says, “Memories are sometimes in the future,” and the brief glance at the mid-’60s doesn’t seem half as alive or real as the more than two hundred pages devoted to the London Blitz of the early 1940s. In fact, this is the best fictional depiction of life in the Blitz that I have ever come across, not excepting the fine presentation in Henry Green’s Caught. Life in wartime London makes an obvious scenario for Atkinson, since living or dying depended on the capriciousness of the bombs and just where you were standing when they hit.

Atkinson’s purpose is not so much to depict the curiosity of one life lived over and over as to suggest that all lives are a bit like this, that accident and coincidence are the warp and weft of a fabric upon which a person paints a design called “my life.” This is also true of the realist novelist, whose task is to fashion a story out of mostly unlinked events. Because she explores many options for her central character, Atkinson disposes of any suggestion of fate or providence. There is only luck, good and bad. The maid goes to the fair in London and returns with a deadly disease, which is passed on to a child, who dies. Or the maid trips and sprains an ankle and cannot go to the fair, so the child lives, at least for now.

In Howards End or Middlemarch or To the Lighthouse, accidents, illnesses, murders, and natural deaths provide the pathos and much of the tension of realist fiction. These events proliferate in Life After Life as well, but the tension is not present, at least not once we pick up on the fact that every death will be countermanded. Or perhaps it’s just a different kind of tension. Forster famously said that a novel proceeds “and then, and then, and then.” Not so here, where it’s more a matter of “and then, and then…and then again.” Every event is a kind of cliffhanger, and we wonder if it will stand. Maybe the blind alleys that end in deaths are dreams from which Ursula and we will awake. Or perhaps indeed they are rejected efforts of the novelist’s art. Did Atkinson decide to incorporate somehow at least a few of the false starts that are inevitable in creative writing? Is Life After Life a novel in which nothing is scrapped, where even the dead ends find a place?

At one point Ursula tells her younger brother Teddy that “you just have to get on with life” because “we only have one after all.” Ironic, coming as it does toward the close of the book, but Teddy counters with the thought, “What if we had the chance to do it again and again…until we finally did get it right? Wouldn’t that be wonderful?” Wonderful it would be, though getting it right doesn’t seem to be the point.