'Our Lives, Our Fortunes and Our Sacred Honor'
By Robert K. Landers
Books 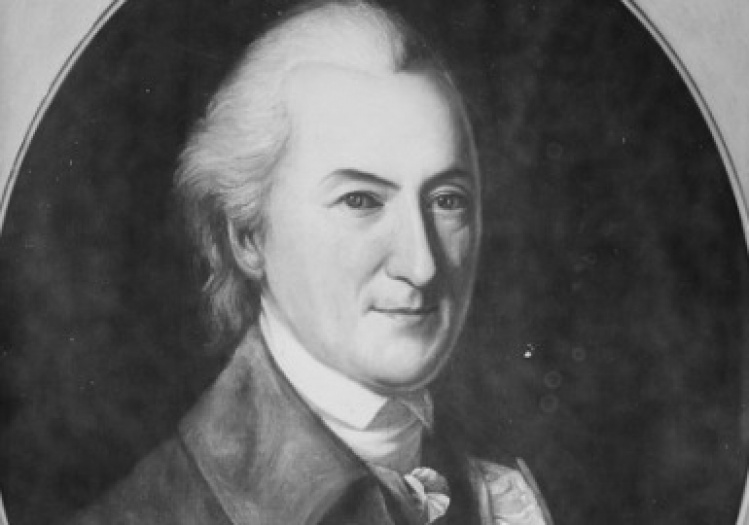 In October 1774, John Dickinson of Pennsylvania composed the final draft of the First Continental Congress’s petition to the king, pleading with him to restore the rights Americans had long possessed. Dickinson, a wealthy lawyer, had gained renown with Letters from a Farmer in Pennsylvania, a widely-read series of essays written in 1767–68 in response to the Townshend Duties. The essays argue that Parliament had no constitutional right to raise revenue by taxing the colonies. In the petition to the king, Dickinson combined a strong indictment of the king’s “designing” ministers for their “most desperate and irritating projects of Oppression,” with fulsome expressions of affection for George III himself. Like most other American colonists, Dickinson was not eager to break with his king and country.

To lawyer John Adams of Massachusetts, who would be perpetually at odds with Dickinson from this moment on, the appeal was too submissive. But to almost all the other delegates at the Congress, the rhetoric of loyalty and affection rang true. Endorsed by the Congress, the petition was “a nearly pitch-perfect reflection of the divided state of mind of the vast majority of American colonists in the fall of 1774,” writes historian Richard R. Beeman in Our Lives, Our Fortunes and Our Sacred Honor.

The appeal did not sway King George III, who in January 1775 sent it on to the House of Commons without even acknowledging that he had read it. As events unfolded, Americans would choose Adams’s militant path, not Dickinson’s moderate one. Yet to dismiss as unrealistic the efforts of Dickinson and others for an honorable reconciliation with the mother country, Beeman notes, would be to ignore the revolution’s “contingent nature.”

Dickinson—who refused to sign the Declaration of Independence in 1776 and so experienced a decline in his reputation—emerges from Beeman’s splendid history of the First and Second Continental Congresses as a hero nonetheless: principled, resolute, and patriotic. By July 1776, Dickinson finally had “given up any hope that the British would come around to accept the righteousness of America’s constitutional position,” Beeman says, but he argued that it would be imprudent to declare independence and rush into full-scale war without first getting “firm assurance from the French of their aid to the cause.”

Recognizing that the Congress should speak with one voice, however, Dickinson on July 2 abstained from the vote on independence. Then, immediately after the vote, he went to command one of Philadelphia’s militia battalions, leading it to Elizabethtown, New Jersey, “to do battle with the British.” Even the antagonistic John Adams, according to his biographer David McCullough, was impressed, telling his wife that “Mr. Dickinson’s alacrity and spirit certainly becomes his character and sets a fine example.” (Adams himself, meanwhile, desiring “to ‘leave the War to be conducted by others’ and complaining about being ‘weary, thoroughly weary,’” intended to return home as soon as possible, Beeman pointedly observes.)

Another figure who Beeman believes has received less respect than he deserves is Dickinson’s fellow Pennsylvanian (and rival) Joseph Galloway. In late September 1774, more than three weeks after the First Continental Congress opened, the haughty future Loyalist proposed a Plan of Union, featuring a Grand Council of representatives (chosen by the colonial legislatures) that would be a branch of Parliament, presided over by a president-general appointed by the king.

In all the contentious years since the 1765 Stamp Act, Beeman says, Galloway’s Plan of Union was “the single most serious effort…at finding a means of giving Americans at least a portion of the [parliamentary] representation that they were demanding.” But Congress, in effect, rejected his proposal—though by only a single (colony’s) vote! Left dejected and disgruntled by the plan’s defeat, Galloway declined to serve in the Second Continental Congress. After independence was declared, he tried, “unsuccessfully, to mobilize the American colonists into a Loyalist army,” then, in 1778, fled with his daughter to England.

In the eighteenth century, Beeman notes, the term congress “signified a meeting of representatives…for a limited purpose of formulating a common position on specific issues.” But the Continental Congress, as he highlights, underwent a remarkable evolution: from a mere debating society into a legitimate governmental body.

In October 1774, shortly before endorsing Dickinson’s petition to the king and adjourning, the First Continental Congress made the “momentous decision” to adopt Articles of Association. These bound “all of the people of the ‘united colonies,’ not just a small group of merchants in a few seaport cities” as in previous protests, to adhere to a trade boycott against Britain, and directed every county, city, and town to elect committees to enforce it. This helped turn resistance to British policies into a “grassroots movement,” Beeman writes, and ultimately enabled the revolution to receive broad popular support.

By the time the Second Continental Congress convened in May 1775, the resonant shots had been fired in Lexington and Concord. The Congress thus came not only to be wielding legislative and executive powers, but to be running a war with the British for more than a year before the Declaration of Independence. Even so, and despite the king’s rejection of the Congress’s October petition, Dickinson and many other delegates continued to hope for reconciliation with Britain.

Outside the Congress, however, popular opinion in the colonies was growing more militant—and continued to do so in the succeeding months. “From Lexington and Concord to Bunker Hill to expanded military conflict in New England, Canada, and, by the end of the year, Virginia—more and more Americans found themselves at war,” Beeman writes.

In August 1775, not long before refusing even to look at the new “Olive Branch Petition,” the final conciliatory appeal from Dickinson and the Congress, King George III issued a proclamation declaring that the colonies were now in a state of “open and avowed rebellion.” Word of the king’s actions did not reach members of the Congress until November. The advocates of “moderation” among them were left “with precious little ground on which to stand,” Beeman observes. And yet, as late as December, “many of America’s political leaders, both within the Congress and in the various colonial legislatures, were doing everything they could to avoid the last resort of independence.”

In his August proclamation, the king had expressed what Beeman calls “the common, but mistaken, belief” that the cause of the crisis was that “many of our subjects in divers Parts of Our Colonies” had been “misled by dangerous and ill-designing Men.” Revolutions, Beeman says, are not brought about “simply through the will of a small cadre of political leaders. They can only be successful if they gain the broad, active support of the people at large. For such support to happen, an organizational structure is needed that mobilizes and channels the popular will”—which is what Congress’s Association provided.

That may be so, but it is certainly possible for a small band of “dangerous and ill-designing Men” to mislead people and to affect—if not by themselves alone effect—a revolution. Sam Adams, John Adams’s firebrand cousin, and other Boston radicals orchestrated the Boston Tea Party, and the mob’s illegal destruction of valuable property that December night in 1773 so infuriated the British that they imposed the so-called Coercive Acts. Previously, the British had been inclined to appease the American protesters, as in the repeal of the 1765 Stamp Act and the lifting in 1770 of all the Townshend Duties save the modest tax on tea. But now the British had had enough. Had Adams and his band not carried out this destruction, had the British not been so provoked into intransigence, and had what Beeman calls “the turning point” not been reached, would the revolution have been averted? It’s an unanswerable question.

But here’s an answerable one: Should the general reader opt for Beeman’s excellent work or for John Ferling’s superb recent narrative history, Independence: The Struggle to Set America Free? The correct answer: Read them both!