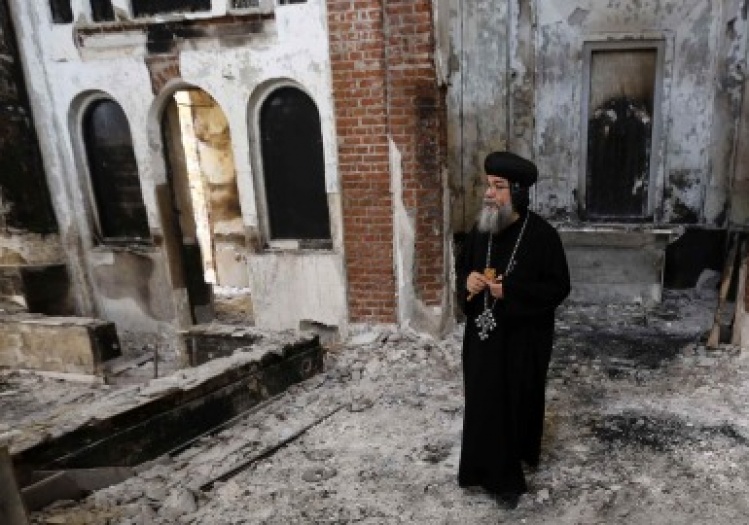 In their recent study on religious demographics, “Christianity 2011: Martyrs and the Resurgence of Religion,” David B. Barrett and Todd M. Johnston estimate that one hundred thousand Christians are killed every year. That figure does not include those who survive as “victims of unprovoked violence” because of their religious beliefs. Those threatened by such violence are at the center of Rupert Shortt’s new book, Christianophobia. The exact number of such victims remains contested, but Shortt relies on a World Evangelical Alliance report that claims about 200 million Christians around the world “are now under threat.”

What is not contested is that such persecution often triggers a mass exodus from places where Christians had lived for centuries, such as Palestine, and Egypt, where last August one hundred twenty Coptic families fled their village following anti-Christian violence. And when victims of persecution stay, they are either killed or made miserable.

Research for this book took Shortt to “Africa, the Middle East, and South Asia to meet people who have lost their loved ones, homes, livelihoods or career prospects because of their faith.” Of the many stories he tells, particularly striking are the testimony of an Iraqi woman who saw both her sons fall “by the altar” at Our Lady of Deliverance Catholic Church, in Baghdad; the courage of an Evangelical pastor who was beheaded in northeastern Nigeria for refusing to convert to Islam; the abuse of a Christian woman “repeatedly beaten and nearly suffocated,” then sentenced to four years in Kyo-hwa-so prison, because she refused to report her fellow Christian friends to the North Korean regime.

The book’s value lies not only in the rich personal testimonies, but also in the clearing away of persistent stereotypes and misconceptions. Foremost among those is the idea that religions—especially Islam—are the source of this persecution.

As the author explains, a good deal of anti-Christian prejudice and violence has nothing to do with militant Islam or with religious extremism. Communist and post-Communist regimes in China, Cuba, and Vietnam all notoriously persecuted missionaries, high-ranking clergy, and laity. The establishment viewed religious authorities as a threat because they supported a “more open society,” which led them to speak out against their oppressive governments.

Shortt is careful not to suggest that religious fervor naturally leads to terrorism. In many countries, he points out, Christians are persecuted by just a few religious extremists. Indeed, many religious believers risk their lives in order to condemn attacks on members of other faiths. For example, the Muslim governor of Punjab, Salmaan Taseer, was murdered on January 4, 2011, by one of his bodyguards, because of his support for a young Christian woman “sent to prison for alleged blasphemy in 2009.” What’s more, Shortt acknowledges that religious extremists’ attacks are sometimes motivated by perceived and actual political injustices perpetrated by “Christian” powers—for example, the invasion of Iraq.

While Shortt does not overlook persecutions suffered by other religious minorities, such as the Sunni Muslims, the Jews of Iran, the Ahmadi Muslims, Hindus, and Sikhs in Pakistan, he mentions them only in passing, providing little data and few personal accounts. That may be because of the author’s concern about what he sees as an increasing number of Christian persecutions. But persecutions of other religious minorities are also on the rise. For example, according to the UN, the Muslim Rohingya people of Myanmar (Burma) are now one of the most persecuted minorities in the world. Since 1978, more than three hundred thousand Rohingya people have fled the country in order to escape the Burmese junta. Another example: the Buddhist monks and minorities of Bangladesh, whose houses and temples are often razed by mobs and whose lives are threatened by the bloody campaigns of Islamist groups. In fact, the Pew Forum reported in 2010 that some 75 percent of the world’s population inhabits countries that deny religious freedom.

Given the global nature of religious persecutions, perhaps Shortt’s book should have been called Religio-phobia: Faiths Under Attack. Taking a broader view of religious persecution might bring his admirable concern for the suffering of minorities into closer alignment with the Gospel call to love one’s neighbor as oneself—no matter his religion.

Paola Bernardini is associate director for Research of Contending Modernities, a program at the Kroc Institute for International Peace Studies at the University of Notre Dame.