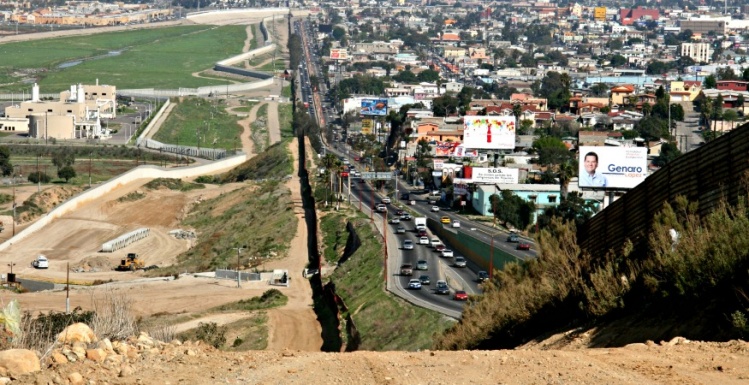 Across the globe, hundreds of thousands of civilians, many of them innocent women and children, are being killed in what seems like an endless cycle of political, ethnic, and religious violence. The continuing slaughter in Syria and across Africa, renewed butchery in Iraq, the seemingly inevitable return of war between Israel and Hamas in Gaza, and the wanton downing of the Malaysian passenger jet in the Ukraine have shaken, if hardly shocked, the world in just the past month. The Israeli-Palestinian conflict is as intractable as ever, while the Shiite-Sunni rivalry in Iraq promises to drag that already devastated country back into the most brutal of civil wars and send its remaining Christian population into permanent exile. Despite the efforts of U.S. Secretary of State John Kerry to get the Israelis and Palestinians to negotiate, there seems little the United States or the international community can do to bring such implacable enemies together. Stopping the violence in Syria, Ukraine, Iraq, and Afghanistan is equally unlikely. One result of these failures is a refugee crisis of almost unprecedented proportions, with millions desperately seeking sanctuary.

For the most part, the United States has been spared both the violence and the social and economic upheaval of the refugee crisis engulfing so much of the world. The most notable exception to that benign state of affairs is this year’s influx of more than fifty thousand children across the Texas border—most of them from Honduras, El Salvador, and Guatemala. Advocates for these children claim they are seeking refuge from gang violence and deserve to be given political asylum. Those who oppose granting them asylum argue that the children have been “lured” to the United States by the false promise that if they manage to cross the border and are reunited with family members already here, they will eventually be granted a path to citizenship.

Predictably enough, the question of what to do with the children has turned into a bitter partisan fight. Republicans charge President Barack Obama with being soft on border security and encouraging illegal Latino immigration for domestic political gain. Obama scoffs at such accusations, pointing out that the border with Mexico has never been more secure and that he has in fact deported more illegal immigrants than any other president. Whether these children have a right to asylum under U.S. law is to be determined by a well-established judicial procedure, and Obama has requested $3.7 billion from Congress both to accelerate these legal proceedings and to provide humanitarian assistance to the children. House Republicans have balked at Obama’s proposal. The flood of immigrants can be stopped, they insist, by revising a 2008 law that prohibits the deportation of minors who can credibly claim to be victims of human trafficking. Democrats say that this would endanger too many children.

Despite the harsh rhetoric of some Republicans and the ugly protests of some right-wing groups, the U.S. religious community, and especially the U.S. Conference of Catholic Bishops, has been a staunch supporter of the displaced children (.pdf). “It was un-American; it was unbiblical; it was inhumane,” New York’s Cardinal Timothy Dolan said of demonstrators who surrounded buses filled with immigrant children, shouting for them to be immediately sent back to their native countries. Dolan compared such incidents to the Nativist anti-Catholic riots of the 1840s.

Unfortunately, it is unlikely that Congress and the president will agree on how to handle the border crisis. Anti-immigrant sentiment among Republicans makes compromise on the issue almost impossible, as the refusal of the House this summer to take up last year’s Senate immigration bill demonstrated. In the meantime, President Obama has hosted the presidents of Honduras, El Salvador, and Guatemala at the White House, hoping to collaborate on various strategies for discouraging parents from sending their children on the perilous journey to the United States. The White House, for example, has tentatively floated a proposal to examine claims for asylum at U.S. embassies in Central America. The Honduran president noted that the gang violence convulsing his country and propelling the exodus of children is largely the result of the demand for illegal drugs in the United States. Many in the United States think the refugee crisis is a problem foisted on them by unlawful immigrants, but it is a calamity for which America itself also bears responsibility.

This “children’s crusade” is not an answer to the violence that plagues Central America. Instead, the United States must do much more to encourage political stability and economic development across the region. Our so-called border crisis is not fundamentally a question of security, but one of poverty, injustice, and disorder. If the United States takes effective steps to improve conditions in Central America, our border will secure itself. Doing so won’t be easy, of course, but it will likely be much less difficult than resolving the conflicts that are displacing civilians in so many other parts of the world.

Letters | Chatting with Francis, the church & the Jews