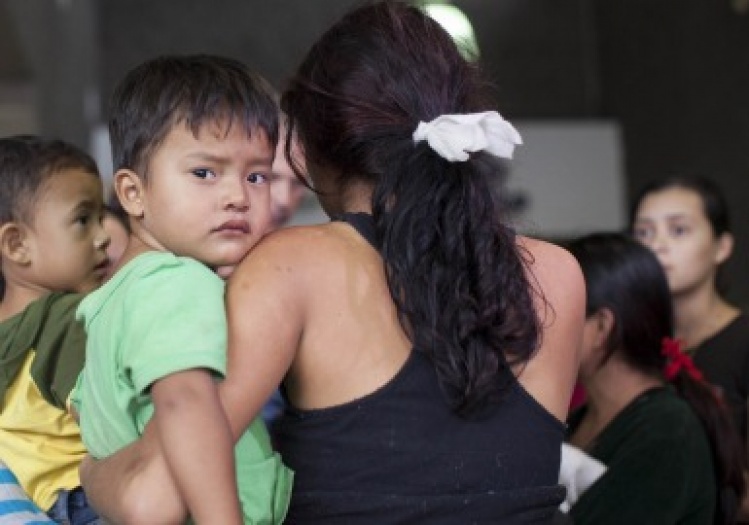 Glenn Beck says he has come under fierce attack from some of his fellow conservatives for a grave transgression.

His crime? He announced plans to bring food, water, teddy bears, and soccer balls to at least some of the tens of thousands of Central American children who have crossed the border into the United States.

“Through no fault of their own, they are caught in political crossfire,” Beck said. “Anyone, left or right, seeking political gain at the expense of these desperate, vulnerable, poor and suffering people are reprehensible.”

Beck, not averse a certain grandiosity, let us know that “I’ve never taken a position more deadly to my career than this.” But assume he’s right -- and he may well be. It’s one more sign of how the crisis at our border has brought out the very worst in our political system and a degree of plain nastiness that we should not be proud of as a nation.

Let’s stipulate: This is a difficult problem. Unless the United States is willing to open its borders to all comers -- a goal of only the purest libertarians and a very few liberals -- we will face agonizing choices about whom to let in and whom to turn away.

Moreover, it’s clearly true, as The Washington Post editorialized, that “there is nothing humanitarian in tacitly encouraging tens of thousands of children to risk their lives, often at the hands of cutthroat smugglers, to enter this country illegally.”

But instead of dealing with this problem in a thoughtful way reflecting shared responsibility across party lines, President Obama’s critics quickly turned to the business of -- if I may quote Beck -- seeking political gain. Last week, the only issue that seemed to matter was whether Obama visited the border.

It’s not just partisan politics, either. It should bother religious people that politicians pay a lot of attention when conservative church leaders speak out against contraception and gay rights but hardly any when religious voices suggest that these children deserve empathy and care.

There are those in our clergy who could usefully consider whether they speak a lot louder when they’re talking about sexuality than when they’re preaching about love. Nonetheless, many religious leaders are condemning callousness toward these kids.

“The church cannot be silent,” the Rev. Gabriel Salguero, president of the National Latino Evangelical Coalition, wrote in Time magazine, “as angry groups of people stoking the flames of fear yell at buses filled with helpless immigrant children and women.”

And Sister Mary Ann Walsh, the media director for the U.S. Conference of Catholic Bishops, called for “a moral conscience moment” akin to the response during the civil rights era “in the welcoming of children and others escaping the violence in such countries as Guatemala, El Salvador and Honduras.”

It is said, and it’s true, that the William Wilberforce Trafficking Victims Protection Reauthorization Act that swept through Congress and was signed by President George W. Bush in December 2008 has had the unintended consequence of encouraging the Central American children to head north. To protect victims of sex trafficking, the law guaranteed an immigration hearing to unaccompanied minors, except for those from Canada and Mexico.

As the bill was making its way through Congress, members of both parties could not stop congratulating themselves for their compassion. The bill, said Rep. Jeff Fortenberry, R-Neb., arose from “exemplary bipartisan cooperation” and showed how big-hearted we are.

“Together, let us end the nightmare of human trafficking,” he declared, “and lead the world to see, in the poignant words of Alexis de Tocqueville, that America is great because America is good.”

Suddenly, although kids are still involved, we are far less interested in being “good” than in protecting our borders.

All the pressure now is to change the Wilberforce Act so it would no longer apply to Central American children. There’s a strong logic to this. The law does create a powerful incentive for unaccompanied minors from Central America (which is not that much farther away than Mexico) to seek entry, en masse, to our country.

But there is another logic: that the anti-trafficking law really did embody a “good” instinct by holding that we should, as much as we can, treat immigrant children with special concern. Do we rush to repeal that commitment the moment it becomes inconvenient? Or should we first seek other ways to solve the problem? Yes, policymakers should be mindful of unintended consequences. But all of us should ponder the cost of politically convenient indifference.