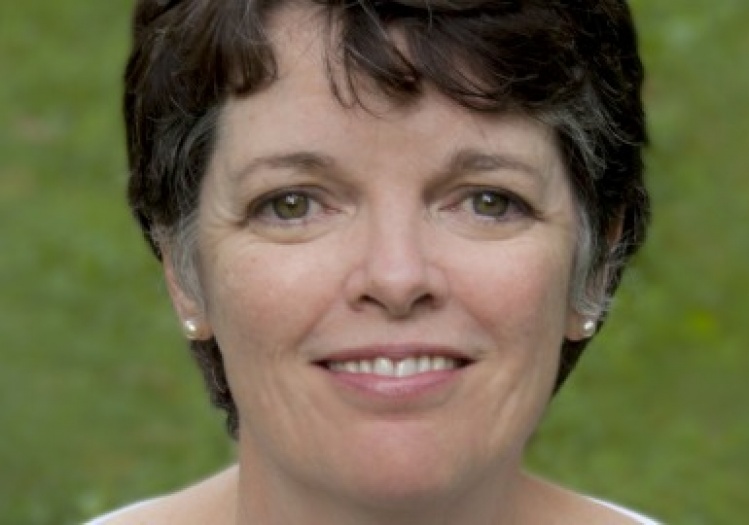 Alice McDermott doesn’t do trendy. Verbal pyrotechnics aren’t part of her arsenal; making pronouncements on the way we live now isn’t her aim. There’s no head-spinning riffing on the classics, modern or otherwise, no stoking of dystopian anxieties. There may be eating, praying, and loving, but only to suggest the redemptive qualities of the quotidian, not as a prescription for happiness.

What McDermott does is immediacy. In clear, purposeful prose she examines the near at hand—marriage, family, parish, neighborhood—bringing readers in close to share in her discoveries. She draws both from what seems the deeply personal as well as from the collective, mainly postwar Irish-American-Catholic experience to document what changes and—perhaps as telling—what doesn’t over the course of the generations. As John Keane in McDermott’s novel After This thinks to himself when looking out over the ocean: “As it was before me, and as it will be long after I’m gone.”

That book made skillful use of a roving third-person point of view to light on multiple characters, sometimes within a single sentence, making readers almost uncomfortably a part of the Keane family circle. In Someone, her newest novel, McDermott uses a different approach to achieve a similar effect, presenting the first-person narrator-protagonist Marie Commeford as she contemplates her seven or so decades on earth. The result is a compelling accounting of a life that begins in Depression-era Brooklyn and winds its way to the late-twentieth-century suburbs, the inherent subjectivity of its telling bringing the reader still closer to the heart of things.

Like someone with a box of old photos, Marie lingers over some moments longer than others, recalling, interpreting, going back and forth over time and seeing what she will. Seeing, in fact, is a big part of Someone, right from its opening pages, when we first learn of the eye problems that will afflict Marie for years to come and affect the direction her life takes. Her first, ill-fated romance, for instance, is instigated by a neighborhood boy with one leg shorter than the other, who sees in Marie a partner in impairment. (“Blind you,” he tells her, “gimpy me.”) Yet when he is with her, his eyes dart to whoever is walking by or coming into the room—behavior she despises but is too scared to call him on, lest she lose him, which she does anyway. Years later, it still sticks with her, to the point where she wields it as a cautionary tale for her own children: Don’t trust anyone who refuses to see you.

What does Marie herself see? A doting father whose fondness for a quick nip at the neighborhood speakeasy soon reveals itself to be alcoholism. A brother whose devotion and ability to lose himself in prayer and poetry prove insufficient to sustain his priestly vocation or emotional stability. Infirmity and impediment all around, in the form not only of her inattentive boyfriend but also of the blind man down the street and the mentally disabled girl several buildings over. Plus death—her father, the young woman next door who falls down the stairs, a friend’s mother who dies in childbirth, and all of the deceased of the parish who eventually make their way to Fagin’s funeral home, where Marie gets her first job.

It’s in this section that Marie—until now “the little pagan” who feels nothing when she prays and “the bold piece” who defies her mother at nearly every turn—becomes something else: “the consoling angel.” As Fagin the undertaker explains to her, she’s needed to remind the survivors “of life. Life again, which is also the hope of the resurrection.” A young woman now prettily attired in new dresses from Abraham & Straus to greet and comfort the mourners as she guides them to and from the bier, Marie is, significantly, forced to rely less on the glasses she has worn for so long. And not surprisingly, Fagin’s is where she begins to see things she hasn’t necessarily been able to notice before—like the way the polite and meandering conversation of the nuns and elderly ladies harbors eddies of gossip, or how that cruel first boyfriend cups a remembrance card and tries not to cry at the wake of a beloved neighbor.

Though Marie darts back and forth across memories as she considers her life, it’s certain moments of her childhood that McDermott renders with special clarity. With deceptive simplicity she captures what a child experiences when feeling the sudden unseen slap from an angry parent or the scalding water of a filled tub; the self-conscious discomfort of praying without feeling prayerful; the confusion, disquiet, and fear that attend encounters with adults in unexpected states of drunkenness and depression or in unexpected places like a darkened stairwell. All of which speaks to the openness of a child’s consciousness, the gaze that takes in everything, with those images ineradicably imprinting themselves on, and continually reshaping, what the adult will come to understand as “memory.”

There are many moments that stand out in Someone—as when the young Marie (still a bold piece at this stage) not only stubbornly refuses to follow her mother’s recipe for soda bread but proceeds to sabotage it, and when the adult Marie comes around to realizing why she will marry the man she does: “There would be his willingness to bestow upon me the power to reassure him. He would trust me with his happiness.”

That man is Tom, who in fact does entrust his happiness to Marie, after having perhaps experienced an awakening of his faith while held by the Germans as a prisoner of war. While he was there, he explains, he would recall the Gospel story of the blind man being made to see. “I thought about how the guy’s just sitting there, not asking, not wearing himself out with asking, and bingo, Jesus cures him. Just because he feels sorry for the guy. I don’t know. It was a good thing to remember, over there. That you don’t necessarily have to ask. Or even believe. It gave me hope.” The desire for such hope pervades these pages, with the comforting yet not definitively reassuring answer of “someone” coming whenever a character asks Who will love me? or Who will be there when I wake up in the dark? or Who will know when I fall?

Writing in September in the New York Times, Leah Hager Cohen noted in McDermott a “certain lack of authorial self-aggrandizement.” Let’s be thankful for that, but, more important, let’s also credit McDermott for an unfailing honesty in applying her skills to what matters—what has, and what always will.

Did Francis Show Us 'A Better Politics'?