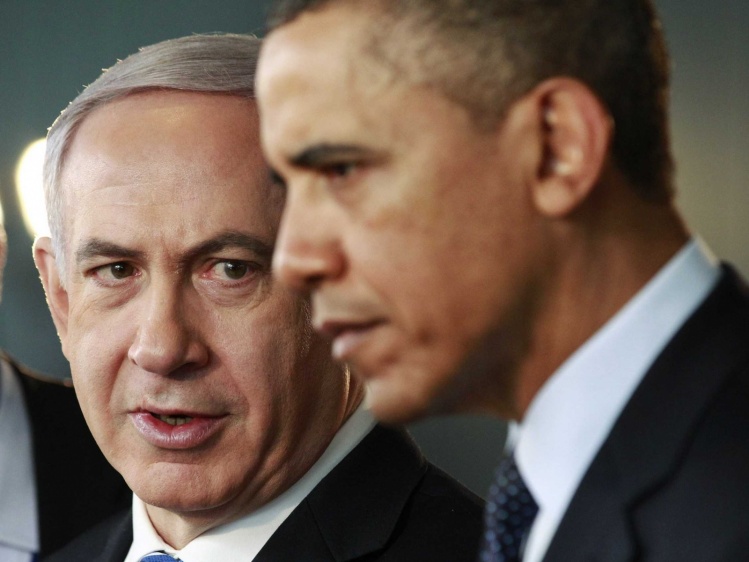 The bitter partisan politics of the past six years in Washington has made governing almost impossible, delayed economic recovery, and alienated the American people. This has damaged President Barack Obama’s standing with voters, but it has tarnished Congress even more. Partisanship has, of course, long played a role in debates about U.S. foreign policy. More often than not, however, Congress and the executive branch have forged a united front on fundamental questions regarding U.S. interests abroad.

Nowhere has this emphasis on bipartisanship been more evident than in U.S. support for Israel. Given the dangers Israel faces and the intensity of the feelings it arouses, turning the U.S.-Israel relationship into a partisan issue would be bad both for the Jewish state and for American politics. Yet that is the rash step House Speaker John Boehner has taken by inviting Israel’s Prime Minister Benjamin Netanyahu to speak to a joint session of Congress next month, and doing so without consulting the president or congressional Democrats. Netanyahu reportedly will speak in opposition to Obama’s ongoing efforts to reach a negotiated settlement with Iran that would prevent that country from developing a nuclear weapon. Obama has responded to the Boehner-Netanyahu gambit by making it known that he will not meet with Netanyahu during his visit to Washington. The U.S.-Israel relationship seems to have taken a perilous turn.

Netanyahu faces an election of his own next month, and this stunt may be calculated to burnish his waning popularity at home. But it could make a different impression on the American public. Americans usually do not take kindly to being lectured to, by either friends or foes, about the nation’s obligations abroad. Even some of Netanyahu’s longtime supporters have urged him not to go through with the speech.

Whatever political advantage Boehner hoped to gain by this unprecedented violation of diplomatic protocol, his decision is likely to backfire. Israel has long enjoyed unflinching support from congressional Democrats, but they will not sit by quietly as Boehner attempts to turn Israel into a wedge issue designed to make Democrats look weak on national security. Iran has been brought to the negotiating table because of the crippling economic sanctions imposed by the international coalition organized by President Obama. But any negotiation entails some degree of give and take. In an effort at confidence building toward a final settlement, the United States and its partners entered into an interim agreement with Iran in 2013. That deal—opposed by hardliners on both sides—lifted some sanctions. In return, Iran has curtailed its production of highly enriched uranium as well as its use and manufacture of centrifuges. Work on its nuclear reactor at Arak has also been suspended. In addition, Iran agreed to strict inspections of its facilities. A final agreement will not be easy to reach, but an escalation of hostilities at this time would be a serious mistake.

The interim agreement expires near the end of March, but could be extended until June. Netanyahu wants Congress to impose stronger sanctions should no final agreement be reached next month. Obama and the coalition partners have said that tougher sanctions now would sabotage negotiations, allowing the Iranians to claim the West is bent on confrontation. Any move to increase sanctions would also fracture the international coalition, making it nearly impossible to sustain economic pressure on Iran. Consequently, Obama has promised to veto such a bill.

Before Boehner’s invitation to Netanyahu, many congressional Democrats were lining up behind stiffer sanctions. That support has now dissipated, giving an unexpected victory to the president. Cooler heads may yet prevail.

It is reported that Netanyahu, who did not disguise his support for Mitt Romney in 2012, has “written off” Obama. Shunning the president of the United States, however, will only further isolate Israel, which is already facing broad condemnation for its wars in Gaza and illegal settlements in the West Bank. As the Middle East sinks deeper into chaos, it makes no sense for Netanyahu to meddle in American politics, and in so doing undermine the bipartisan support Israel has long enjoyed.

Boehner and Netanyahu are flirting with another danger. Younger Americans, including younger American Jews, while supportive of Israel, are critical of its expansionist policies and its treatment of the Palestinians. They also strongly support the current president. These Americans have come of age during a time when Israel has been a powerful military and political force, not a vulnerable land of refugees threatened with extinction. Their support for Israel is genuine but not unconditional. When confronting Israel’s enemies, Netanyahu may have good reason to set the niceties of diplomacy aside. But it is a mistake for him to bully his friends. If he cannot tell the difference between his friends and his enemies, Israel is in greater danger than he imagines.