Billionaires Are Not Populists 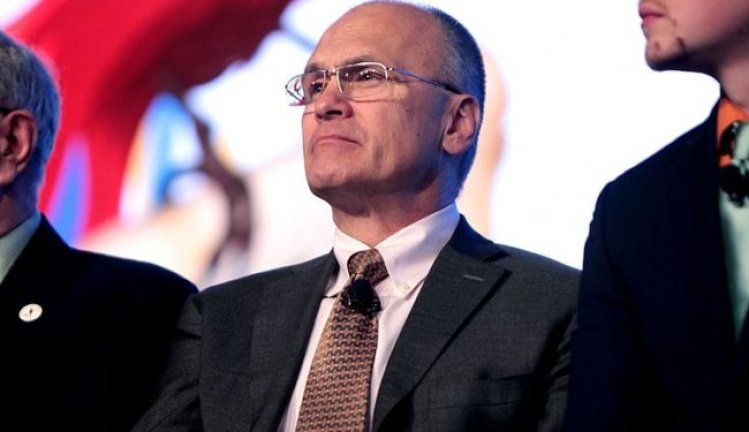 Surprise! Judging from Donald Trump’s cabinet choices, it turns out that a narcissistic billionaire who doesn’t pay taxes might not be the champion of the working class after all.  Who could have predicted that?

- Steven Mnuchin, Trump’s Treasury Secretary, is a partner at the Wall Street firm Goldman Sachs. You might remember them as one of the prime movers behind the economic meltdown of 2008, which cost many of you your jobs.  Due to the magic of government bailouts, Goldman Sachs is back on its feet, thanks for asking. Mnuchin lives in a $26.5 million house in Bel Air, California.

- Andrew Puzder will be the new Secretary of Labor, that is, the guy who oversees workers’ rights. He is a fast-food chain owner who opposes raising the minimum wage. A recent Labor Department investigation found a pattern of labor law violations at his restaurants. He wants to replace workers with automation at his restaurants. He opposed the recent Labor Department expansion of the number of workers covered by overtime rules. Henhouse, meet fox.

- Wilbur Ross, Commerce Secretary, is a billionaire who made his money as a corporate raider on Wall Street. Corporate raiders buy up companies, strip them of their assets, fire lots of people, then move on.

- Tom Price, Health and Human Services, wants to end Obamacare, which has allowed millions of uninsured workers to get health care coverage.

I could go on. This administration is a robber baron’s dream come true. Some accuse Trump of betraying his populist message, but I don’t think that Trump is simply being a hypocrite. Trump doesn’t think of any of his cabinet choices as anti-worker, because he thinks being pro-business is the same as being pro-labor. The theory is that if you shower business with benefits, business will create jobs, and that’s good for workers.

Sometimes it works that way. Certainly there are plenty of good businesspeople out there who care for the common good and for the earth, who listen to their workers and cooperate with them to create strong companies with happy and secure employees.

But in Trump’s world, businesspeople are the heroes and should be running the country.  Power needs to be taken from the government and from the workers and given to corporate executives, who know best.  Worker safety, the right to unionize, overtime pay, workers’ compensation, banking regulations, the health of the environment—all these and more are nuisances from the point of view of Trump and friends. They believe that corporate executives will create lots of great jobs if they are unshackled from the fetters of regulators and unions.

In truth, however, the interests of the owners, and the managers who work for them, will inevitably conflict with the workers’ interests. And when they do, whose side will Donald Trump and friends take? Trump is a wealthy businessman who has surrounded himself with wealthy corporate executives. When push comes to shove, do you seriously think they give a damn about you?

“But what about the Carrier deal?” you say. “Doesn’t that prove that Trump is the champion of the workers?” No, it doesn’t. Trump convinced Carrier to send fewer jobs to Mexico by giving them millions of your tax dollars. This is Trump’s idea of championing the working class—shower corporations with welfare, while simultaneously undercutting government protections for workers.

Donald Trump believes in yet another version of trickle-down economics, the idea that there is no conflict between owners and workers. If rich people have more money and power, the benefits will eventually make it down to everyone else.

Pop quiz: trickle-down theory has been promoted by:

If you guessed b), you are on your way to what used to be called class consciousness. If this sounds like a radical term, it is nothing more than knowing who your friends are and are not. The labor movement was so successful in the first half of the twentieth century because workers knew better than simply to trust that corporate executives always had their best interests at heart.

Trump and friends would have you believe that the reason working people are doing so poorly in the last few decades is that pesky government regulators have prevented your benefactors from creating lots of new high-paying jobs in the United States. The truth is that the ever-increasing gap between the haves and the have-nots has been carefully orchestrated by your supposed benefactors. Since the 1980s, you have been treated to tax cuts for the rich, corporate welfare, sending jobs overseas, attacks on the right to unionize, and much more. Face it: trickle-down economics is class warfare, and the upper class is winning. These are the people you put into office when you voted for Donald Trump.

At least Trump noticed you exist, which is more than the Democrats—with the exception of Bernie Sanders—have done in recent decades. But Trump’s cure for what ails the working class is likely to be much worse than the Democrats’ benign neglect. In general, billionaires make lousy populists. The sooner we realize that, the sooner we can begin building an economy that benefits everyone, not just those on top.